Freedom Centers Constitutional and Political Freedom The Kansas Killings: Will Every Crime Be A Hate Cr ...

The Kansas Killings: Will Every Crime Be A Hate Crime Someday?

Hate-crime laws may have the paradoxical effect of privileging some victims of violence over others. 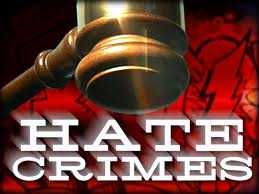 Yet his victims were Christians: Dr. William Lewis Corporan and his grandson, Reat Underwood, were Methodists who were at the Jewish Community Center of Greater Kansas City because Reat was going to compete in an “American Idol”-style singing competition. Terri LaManno, the third victim who was killed at the Village Shalom assisted-living facility, was a Catholic.

So are the killings hate crimes, even though the victims of an anti-Semitic alleged murderer weren’t Jewish? The federal prosecutor in Kansas seems to think so, and the text of the Matthew Shepard and James Byrd Jr. Hate Crimes Prevention Act of 2009 suggests how this might be the case. The law criminalizes willfully causing bodily harm “because of the actual or perceived race, color, religion, or national origin of any person.”

So if Cross/Miller killed his victims because he thought they were Jewish, even if they weren’t, the law might still apply.

Even so, these killings are a reminder of the perplexities that surround hate-crime laws. No one would suggest that the loss of these lives would be any less horrible if the gunman had chosen his victims at random and without regard to their (assumed) religion.

Indeed, one can argue — and I did argue in a column several years ago — that hate-crime laws may have the paradoxical effect of privileging some victims of violence over others. I put it this way: “If their overarching purpose is to affirm the equality of all people, then the law should punish all assaults the same, regardless of the race, gender, religion, sexual orientation, disability or veteran status of the victim. The ‘protected class’ should be human beings.”

I recognize — and respect — the opposing view that treating bias-related crimes differently is aimed not merely at individual acts of violence but also at the hateful ideologies that inspire them. But that creates another problem: Those ideologies are protected by the 1st Amendment.

And there are other difficulties with hate-crime laws, both those that define bias-related violence as a distinct crime and those that allow for enhanced penalties for an “ordinary” crime if it is motivated by bigotry. The role of bias in the killings in Overland Park may be obvious, but other situations are more ambiguous. Is an armed robber who utters a racial slur when he shoots a shopkeeper guilty of a hate crime? Are the races of the assailant and the victim relevant?

Finally, the designation of some groups as protected classes in hate-crime laws creates a political demand by others that they also be included. Some laws define hate crimes to include attacks inspired not only by racial or religious bias but also by antipathy to veterans, disabled people, sexual minorities and the elderly. As the list of protected groups gets longer and longer, the law may be approaching a situation in which every crime is a hate crime.

Michael McGough is senior editorial writer for The LA Times.