The Liberal Surrender on Anti-Semitism 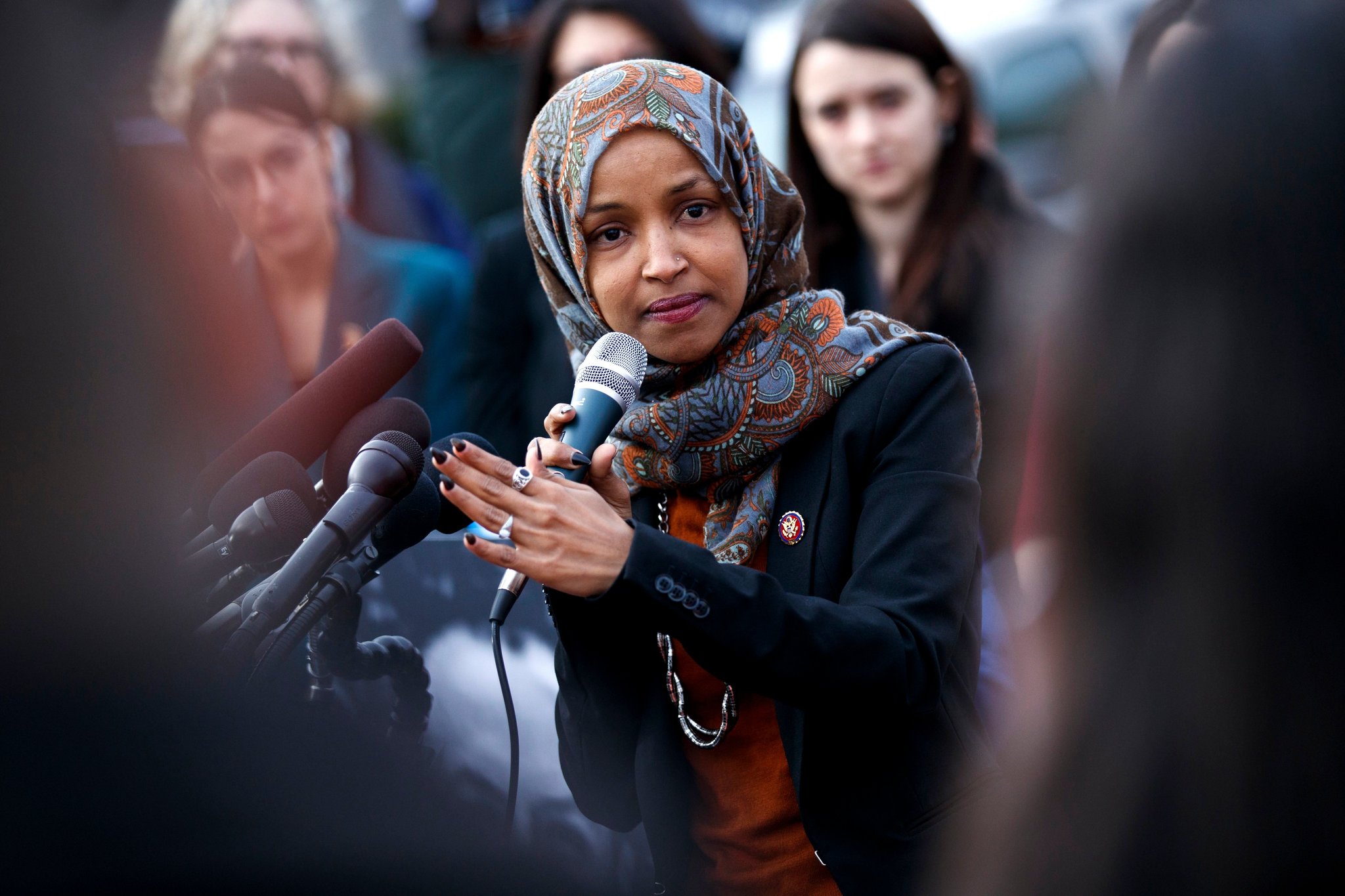 It turns out you can accuse Jews of controlling the world, buying Congress, and harboring dual loyalty to Israel and still be considered a heroine by much of the Democratic party. The reaction to the latest example of anti-Semitic invective from Representative Ilhan Omar (D., Minn.) is a teaching moment for anyone previously unsure about how the toxic mix of identity politics, intersectional ideology, and naked partisanship could lead to a major American political party deciding that hatemongering from one of its members wasn’t deserving even of a slap on the wrist.

A week’s worth of national discussion over Omar’s anti-Semitic remarks didn’t result in her condemnation by the House. To the contrary, the House majority revealed itself to be deeply divided on the question of how to handle blatant anti-Semitism. The “compromise” Democrats finally agreed upon was a resolution that not only lumped in the question of the moment — the effort by one member of Congress to delegitimize Jews and supporters of Israel — with a laundry list of other hatreds. And they failed to single out Omar for her actions.

The result is an odd echo of those who criticized the Black Lives Matter movement by claiming that “all lives mattered,” a stand that was harshly criticized at the time by most liberals and Democrats as insensitive to — if not evidence of — racial bigotry. It is a stance they appear to have no shame echoing when it comes to anti-Semitism.

Indeed, Omar has emerged from this incident not only unscathed but also confident that many in the House, and several Democratic presidential candidates, consider her the aggrieved party in the discussion. With so many Democrats agreeing that Omar had been unfairly singled out because of her race and religion, that leaves Jews, one of the most loyal constituencies of the Democratic party, pondering the speed with which they had been discarded.

Jews and supporters of Israel are not the only losers in this incident. House speaker Nancy Pelosi made it clear to Omar a month ago that expressions of anti-Semitism would not be tolerated and forced the congresswoman to issue a contrite apology claiming, as she had done after a previous anti-Semitic statement, that she was unaware of the hurtful nature of singling out Jews for demonization.

That this exercise was blatantly insincere was evident not only from the wording of the apology but also because of Omar’s open support of the BDS — boycott, divestment, sanctions — movement against Israel which routinely traffics in anti-Semitism. Far from seeking a more open conversation on the Middle East or the U.S.–Israel alliance, the goal of Omar and fellow BDS supporter Representative Rashida Tlaib (D., Mich.) is to isolate the one Jewish state on the planet.

But after Omar’s more recent statement in which she accused “Jewish colleagues” of seeking to discriminate against her and Tlaib because they were Muslims and asking Americans “to swear allegiance” to Israel, there will not be even an insincere apology. Instead, it was Pelosi who backed down after the vote, lamely claiming again that Omar didn’t mean to be anti-Semitic, as if the events of the last month that proved the contrary had never happened.

How is this possible?

Many on the left believe that as a woman of color, a Muslim, and an immigrant, Omar cannot, by definition, be a purveyor of hate and prejudice. One way that identity politics manifests is that those who are considered oppressed receive immunity to do things that those considered more privileged cannot do. Hence many Democrats, particularly members of the Congressional Black Caucus, sought to defend Omar rather than to disavow her.

Just as important is the way intersectional theory — which, taking its cues from critical-race theorist Kimberlé Crenshaw, seeks to connect the struggle of all allegedly oppressed peoples — serves to legitimate anti-Semitism. For many on the left, the Palestinian war to destroy Israel is falsely linked to the struggle for civil rights in the United States. Not only does that cause them to ignore the complicated truth about the conflict in the Middle East, it also justifies BDS campaigns and efforts to demonize those who support Israel.

Pelosi and other mainstream Democrats have long accused Republicans of trying to use their ardent support for Israel as a wedge issue and thereby damaging bipartisan support for the Jewish state. What they failed to realize is that much of their party no longer wants any part of that consensus. Three of the party’s leading presidential candidates — Bernie Sanders, Elizabeth Warren, and Kamala Harris — all issued statements in support of Omar, even registering concern about her safety.

While Pelosi and other mainstream Democrats are hoping the House resolution will end the controversy, one suspects that it is only the beginning of the effort to chip away at support for Israel and to legitimate anti-Jewish tropes in the process. Omar is now armed with the knowledge that she has the support of a large portion of the Democratic party, and will likely continue to snipe away at both Jewish members of Congress and AIPAC. The line that used to exist between legitimate debate about the Middle East and anti-Semitic invective has been blurred by this incident. It may yet disappear if Democrats come to believe that there is no use trying to restrain radicals who now feel empowered to slander Israel’s supporters with impunity. The Left has served notice to Pelosi that they are in charge now, not her.