The Nasty Surprises That Plague Our Health-Care System 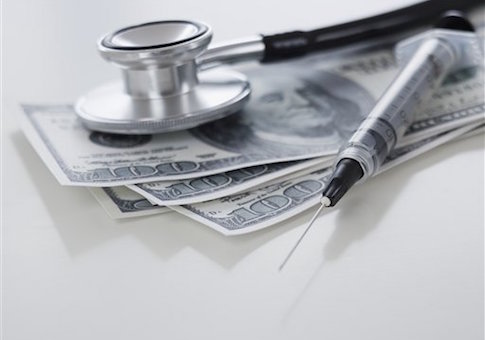 If you’ve ever been in a collision, you’ve probably dealt with a body shop. In all likelihood, the process went smoothly. You paid your deductible, your insurer paid the rest, and that was the end of the financial side of the repair.

Health care works differently. After eight-year-old Ben Millheim injured himself during a camping trip, his family was stuck with a $32,000 bill from the sky-ambulance company that flew him 88 miles to a hospital in St. Louis. That was the balance that remained after the Millheims’ insurer paid $12,000 for the service. Elizabeth Moreno was stuck with a bill for $17,850 because a physician asked her to provide a urine sample. She didn’t know that the doctor’s testing lab was out of her insurance network. Moreno’s insurer, Blue Cross Blue Shield of Texas, which would have paid an in-network lab $101 for the service, refused to cover the bill at all. Fearing for his daughter’s credit rating, Moreno’s father bargained the bill down to $5,000 and paid.

The Millheims and Morenos are but two of the tens of thousands of families who receive surprise medical bills every year. These are “balance bills,” that seek to hold patients responsible for charges their insurers won’t pay. The problem is so bad and so widespread that, as of 2017, 21 states had sought to protect patients by requiring insurers and providers to participate in arbitration or mediation. Several more states, including Georgia, New Hampshire, and New Jersey are considering similar legislation. Unfortunately, even in states that have enacted legislation, many patients are still at risk of receiving surprise bills. For example, some states’ laws cover bills sent out by physicians in emergency departments (“EDs”), but exclude bills sent by physicians who see patients that have been admitted to the hospital.

How common are these bills? According to a study published in the New England Journal of Medicine in 2017, 22 percent of patients received bills they did not expect. That same year, a study published in Health Affairs found that “20 percent of hospital inpatient admissions that originated in the emergency department, 14 percent of outpatient visits to the [ED], and 9 percent of elective inpatient admissions likely led to a surprise medical bill.” Patients treated at EDs in McAllen, Texas — already infamous for being the highest-cost county in the U.S. for Medicare — were especially unlucky. Eighty-nine percent of them received balance bills from doctors who didn’t take their insurance, even though the hospitals they visited did!

Most surprise bills are sent by ED doctors, anesthesiologists, radiologists, and pathologists, but out-of-network providers can pop up anywhere. Two Georgia parents whose son was born prematurely received a surprise bill for more than $4,000 because, although their hospital was in-network, its neonatal intensive-care unit was not. Peter Drier, who needed neck surgery, received a $117,000 surprise bill from an “assistant surgeon” he hadn’t known about or met. The assistant surgeon’s charge was almost 20 times the $6,200 fee charged by the primary surgeon.

As these examples indicate, surprise bills are often grossly inflated. When providers are in-network, they give enormous discounts on their rack rates — known as “chargemaster” prices in the trade. If you’ve seen a bill from an in-network provider or the corresponding “explanation of benefits” from your insurer, you know what we mean. The hospital or physician may “charge” $3,000 for a service, but the insurer will disallow a huge chunk of that — say, 75 percent — and pay only $750. The real price is $750; the $3,000 charge is a fictional price plucked out of thin air.

But when an out-of-network provider bills a patient, no discount is applied. The insurer then pays the same $750, leaving the patient responsible for the $2,250 that remains. The out-of-network provider has no duty to accept the insurer’s payment as full compensation and is free to bill the patient for the balance. The phony, made-up price suddenly becomes very real. A report published in the Journal of the American Medical Association found that anesthesiologists, radiologists, and ER doctors regularly charged out-of-network patients four to six times more than they accept from Medicare for the same services. Anesthesiologists were the worst offenders.

Why are patients hit with surprise bills so often, and why are the charges so high? Providers blame insurers. Per Dr. Steven Stack, who served as president of the American Medical Association: “The real crux of the problem is that health insurers are refusing to pay fair market rates.” Insurers, in turn, accuse doctors of price-gouging and hospitals of being complicit. “[It is hospitals’] responsibility,” they contend, “to ensure [that] all physicians treating patients in their facility are covered by the same insurance contracts as the hospital.”

Insurers are right about one thing. Nothing prevents hospitals from doing what auto-body shops do. Hospitals, too, could bring all providers in-house and send out all-inclusive bills at reasonable prices. In fact, some hospitals do just that. But other hospitals seem to go out of their way to create opportunities for surprise bills. Some have no doctors in their EDs who are in the same insurance networks they are. Literally every patient who visits the ED at these hospitals is likely be balance billed. Many hospitals have no in-network anesthesiologists on their staffs either. After having her thumb operated on, Elaine Hightower was balance billed for $6,300. Her hospital and doctor were in-network but the anesthesiologist on duty that day wasn’t.

Nationwide, hospitals employ over 140,000 physicians. These doctors are in the same networks as the hospitals they work for, so they don’t send out surprise bills. The question is: Why don’t hospitals eliminate surprise bills by employing anesthesiologists, ED docs, and other physicians who tend to be out-of-network? The answer is simple: money. Hospitals gain financially by bringing some doctors on board but not others. The doctors they hire generate payments that are known as “site-of-service differentials.” The doctors they leave out do not. The latter physicians remain independent because hospitals have little to gain by hiring them.

Providers wouldn’t allow the practice of surprise billing to persist if they knew they’d lose patients as a result. No auto-body shop would think of letting its painters or mechanics bill separately for their services, for fear of getting pummeled on Yelp and losing customers in droves.

Site-of-service differentials exist for a host of medical procedures. When a cardiologist in private practice provides a level II echocardiogram without contrast, Medicare pays $188. But when a doctor connected to a hospital performs the same test in an outpatient context, the payment is $453. That’s why hospitals brought so many cardiologists on board. After one cardiology practice was purchased, its former chief operating officer likened the movement of doctors onto hospitals’ staffs to “a migration of wildebeests.”

There are even site-of-service differentials for cancer drugs. When a hospital gives a lung-cancer patient a dose of Alimta, its fee is about $4,300 larger than a doctor with an independent practice would receive. For Herceptin, a drug given to women with breast cancer, the site-of-service differential is about $2,600. And for Avastin, when used to treat colon cancer, it is $7,500. No wonder hospitals brought many cancer doctors in-house.

Unfortunately (or, perhaps, fortunately, depending on one’s view), hospitals cannot obtain site-of-service differentials by employing ED doctors, anesthesiologists, radiologists, or pathologists. Nor can they gain patient referrals. Patients pick EDs on the basis of convenience, not because they know the doctors who practice there. The same goes for anesthesiologists, radiologists, and pathologists. Hospitals have little to gain by employing doctors who neither generate site-of-service differentials nor bring patients to their doors.

To make matters even worse, these doctors gain by remaining independent. They can still collect in-network payments from insurers, and they can extract additional dollars from patients by balance billing too. Refusing to join insurers’ networks is a dominant strategy for independent physicians. They always earn at least as much as they would if they were in-network, and they often earn more.

Hospitals can gain by allowing independent physicians to stay out of insurers’ networks too. A study of an ED-staffing company known as EmCare showed how this can occur. When hospitals hired EmCare to run their EDs, two things happened: the rate at which patients received surprise medical bills skyrocketed; and hospitals’ revenues increased because EmCare’s physicians prescribed more treatments and recommended that more patients be admitted for additional care. In effect, EmCare repaid hospitals for the opportunity to balance bill their patients by generating additional revenues that the hospitals could pocket.

Providers wouldn’t allow the practice of surprise billing to persist if they knew they’d lose patients as a result. No auto-body shop would think of letting its painters or mechanics bill separately for their services, for fear of getting pummeled on Yelp and losing customers in droves. But doctors and hospitals know that our competition-stifling, government-controlled, and insurer-dominated payment system will ensure that patients keep coming — no matter how often they send out surprise bills and no matter how high their charges are. This is why state laws that mandate arbitration or mediation are really just band-aids. Competition is the only real solution because only it can make surprise bills unprofitable. The moment surprise bills start costing doctors and hospitals patients, they’ll stop sending them out.