The Nonexistent Future Of Afghanistan 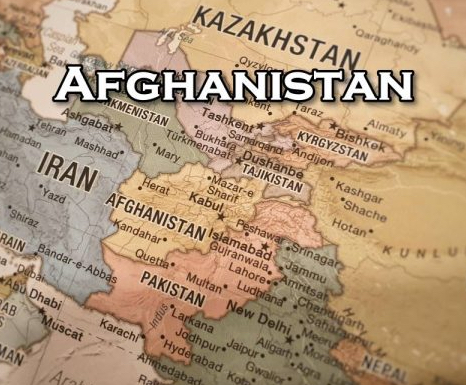 As a general in the Union Army and “the first modern general” according to B.H. Liddell Hart, William Tecumseh Sherman opined that war is too serious a matter to leave to soldiers.  After World War I, the then French Prime Minister Georges Clemenceau agreed with him by saying that war is too important to be left to the generals.

Conversely, the main antagonist of the 1964 comedy, Dr. Strangelove, Brigadier General Jack D. Ripper stated that “war is too important to be left to politicians.  They have neither the time, the training, nor the inclination for strategic thought.”

Respecting the 21th century Afghanistan, all three have been right.  Starting with President Ronald Reagan and continuing with Presidents George H.W. Bush, Bill Clinton, George W. Bush, Barack Obama, Donald Trump, and most recently Joe Biden, have failed to protect American interests in Afghanistan and beyond.  They collectively have had zero understanding of Afghan history, mentality and the people’s blind devotion to Islam.

Yet, Afghan history has been as complex as christal clear in its simplicity.  Its complexity is due to its multiethnic character.  The close to forty million Afghans, which include Pashtuns, Hazaras, Tajiks, Uzbeks, Nuristanis, Aimaq Turkmen, Balochis and a number of lesser tribes and clans, have been fighting each other since time immemorial for domination.  As a result, the notion of true nationalism in Afghanistan has been nonexistent.  Its simplicity is marked by the fact that nearly hundred percent of its ethnically diverse population are Muslims whose unifying rallying cry for the faithful has been summarized in two Arabic words:  “Allahu Akbar” – “God is greater.”  These two words of supreme religious article of faith for all Muslims succeeded to unify all Afghans against the British in 1919, forged a fighting unity among the several Mujahedeen organizations to evict the Soviet Red Army in the 1980s, and was the overwhelming reason for the Talibans’ victory against the Soviet-backed Najibullah regime in 1995.

Clearly, the most important lesson for all foreigners in Afghanistan has been that sovereignty cannot be bestowed by men in  government – only Allah is sovereign.  Only Allah can transfer his absolute and inherent powers over the believers to mortals.  This requirement, coupled with the religious mentality  of “In shaa Allah,” namely “God Willing,” frees the Muslims of personal responsibility, which again belongs exclusively to Allah.  The second, more secular notion is that Afghanistan cannot be ruled centrally.  Therefore, Afghanistan’s current constitution that was inspired by the American neoconservatives, has been unrealistic from the start.  Thirdly, Afghanistan cannot be conquered by guns and, more importantly, cannot be modernized with the assistance of foreign militaries.  Fourth, as long as the majority of the Afghans would not internalize at least the basic democratic principles, fundamental changes would not occur in this deeply conservatively religious country.  And finally, nation building could come only from within and not from the outside as an anti-Islamic secular dictum.

Today, after the collapse of the United States of America’s almost three trillion dollars’ and three thousand dead soldiers’ nineteen-year adventure to Afghanistan, what kind of prospect does this country have?  Under the radically revivalist Deobandi Talibans, this school of Islam has a chaotic, and therefore ineffective past, and an equally unpromising future.  Yet, it is the dominant school of Islamic thought within the largest tribe the Pashtuns on both sides of the Durand Line, namely, south and east Afghanistan and western Pakistan.  Albeit deriving their legitimacy to rule from Allah, the Talibans’ claim to absolute powers have never been recognized by the non-Pashtun majority.  For this reason, they cannot bring peace, stability and prosperity to Afghanistan.  On the contrary, the Talibans’ second attempt to rule the entire Afghanistan is unrealistic and doomed to bloody failure.

Tragically, the projected failure of the Taliban will certainly have international repercussions.  If China, Pakistan, Iran and even Russia believe that they could fill the strategic vacuum left by the United States of America, they collectively will surely be disappointed.  Afghanistan under the Taliban will definitely return, sooner or later, to its terroristic policies abroad.  Defined by them as permanent Jihad against the unbelievers, it will affect all four above-mentioned states and beyond, such as Europe, the Middle East, Africa, and the United States of America.

Consequently, only an international cooperation of all states, in addition to the four above-mentioned countries, the United States of America and India, could stop Afghanistan under the rule of the Talibans to again become the scourge of the international community.  In this manner, containment coupled with gradual modernization, and not occupation must be the correct strategy to slowly turn the Afghans away from their anti-foreign mentality toward peaceful collaboration, and possibly even integration, with the rest of the world.