By George Landrith • The Huntsville Item 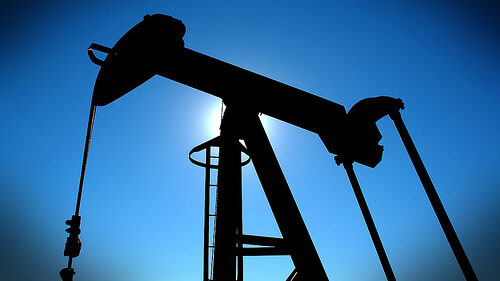 In late spring, oil prices dipped below zero for the first time ever. Futures contracts for May delivery traded as low as negative $37 a barrel, as producers and speculators paid refineries and storage facilities to take excess crude off their hands.

In some sense, this historic moment was inevitable. Oil markets are completely saturated. Worldwide coronavirus lockdowns have depressed energy demand. And in March, Saudi Arabia and Russia announced they would increase production, thus exacerbating the glut.

President Trump has tried to help beleaguered U.S. producers. He recently mediated a deal between Saudi Arabia, Russia, and other major oil producers, who collectively agreed to cut production by nearly 10 million barrels a day.

But prices are still falling. And now, the White House is toying with other ways to prop up U.S. oil producers, ranging from tariffs on imported oil to direct cash payments to energy companies.

This desire to help energy companies, and the millions of workers they employ, is commendable — but ultimately counterproductive. In the long run, the industry will emerge stronger if the White House allows the free market to resolve this crisis.

This pandemic-induced economic crisis is going to be painful for the energy sector. Cost-cutting and layoffs are already underway.

But the industry is strong and adaptive, and has bounced back from past crises by investing in technology. In fact, economic pressure encourages the kind of innovation and belt-tightening that helps companies thrive in the long run.

The United States last faced low oil prices in 2014 and 2015, when Saudi Arabia ramped up output to try to cripple U.S. producers that specialized in fracking — a technique used to extract oil from underground shale rock. By early 2016, prices had dropped below $30 a barrel, well below what U.S. shale producers needed to break even.

The government didn’t come to the rescue, which forced frackers to get creative. They researched how to extract more oil for less, and came up with a variety of new techniques, like drilling several wells simultaneously and using drones to detect faulty equipment. As a result, the average break-even price for frackers dropped from $69 a barrel in 2014 to an average of $40 a barrel by 2017. Had the government tried to solve the problem by slapping tariffs on Saudi crude, the U.S. oil industry likely would have never set its all-time production record of 13.1 million barrels a day in February.

We can be confident the U.S. energy industry will apply its ingenuity to this crisis, too — because these days, it excels at invention. In 2019, the oil and gas sector increased adoption of digital technologies, including cloud data storage and new software. Over the next five years, digitizing could slash the cost of oil production by almost 10 percent.

By using sensor technology — tiny, data-tracking devices attached to oil-field gear — producer ConocoPhillips recently cut in half the amount of time it took to drill new wells in South Texas. Other companies are using data analytics to search for the best drilling locations.

In short, the pressures of a downturn are likely to encourage even more future-focused transformation. The industry doesn’t need to hide behind tariffs. If we trust the free market to encourage creativity, in the long run, we’ll all benefit from a cheaper and more efficient energy supply.