The Pension Crisis and School Choice 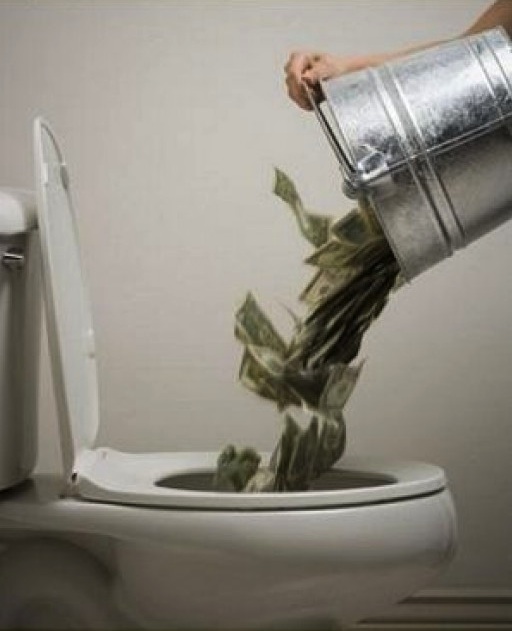 Talk to the people of Illinois about America’s looming public-pension crisis, and they’ll tell you it’s not looming — it’s already here. This month, a statute went into effect giving Comptroller Susana Mendoza the right to make up for any town or county’s delinquent pension payments by seizing its share of sales, excise, and other taxes collected by the state. The result is that municipalities across Illinois have been scrambling to either cut services or raise taxes.

Mattoon officials have announced that ambulance services will be scuttled to pay pension bills a half-million dollars higher than last year’s, while Springfield’s budget director, Bill McCarthy, says he will have to “reduce other services just to meet pension obligations.” Normal will handle the problem through property-tax increases, while Danville has imposed a separate “public safety pension fee,” which will cost residents up to $267 annually. East St. Louis, which depends almost exclusively on its share of tax money from state’s Local Government Distributive Fund, could soon see its entire budget confiscated to satisfy pension obligations.

With a national pension asset shortfall calculated as high as $6 trillion — and with accelerating benefit payouts to retiring Baby Boomers — Illinois is sadly not the only state where voters are being hit with revenue surcharges or deprived of essential services. Florida localities will have to allocate an additional $178.5 million in their upcoming budgets to pension payments; in San Diego, the Unified School District has been reduced to polling parents on what K–12 student services they would be willing to sacrifice to sustain the benefits promised to retired teachers. Fulton, Ky., has cut back on hospital and ambulance services and still faces a $114,000 annual shortfall.

Looking at the situation nationally, two researchers for the politically moderate Brookings Institution, William Gale and Aaron Krupkin, have estimated that an average 5.7 percent across-the-board service reduction is required just to ensure that state and local pension liabilities do not rise any further.

Fearful of voter reaction to the growing pension squeeze on public services, some officials have tried to hide the problem, pretending to raise the money for other purposes. In late 2016, for example, San Francisco’s Bay Area Rapid Transit (BART) subway system sought voter approval to bond $3.5 billion in infrastructure improvements even though, as the East Bay Times later reported, the needed upgrade was already covered by an ongoing capital fund. More recently, departing New Jersey governor Christie Christie (R.) and General Assembly Speaker Vincent Prieto (D.) agreed to address the state’s retirement deficit by making the lottery an asset of the pension fund — while ignoring that the loss of gaming revenue will create an equivalent shortfall in the state’s operating budget.

Such shell games are unlikely to succeed much longer. Voters in California’s Sonoma County defeated a recently proposed quarter-cent sales-tax increase for road repair because of widespread suspicions that the measure was really a bait-and-switch tactic to fund pensions.

Seeing that the squeeze on public services must be honestly addressed, Connecticut governor Dannel Malloy (D.) has argued that state politicians should simply bite the bullet and impose a separate levy to completely bail out local pension funds. Yet his own February 2017 proposal to charge the state’s 169 towns an extra $400 million annually was so angrily received by voters that legislators in his own party refused to endorse it.

Since then, as MIT economist Robert Pozen has argued, the loss of federal deductibility for local income and property taxes has made the Malloy solution even less feasible. Adequate pension funding would require non-deductible revenue increases of 14 percent in Connecticut and 26 percent in New Jersey.

What about reducing pension benefits? States could treat new hires less generously or end the kind of rules that allow workers to dramatically increase their pensions by working a lot of overtime in their last few years. Even if the courts were not divided on the constitutionality of such changes, no Democrat-controlled state house or city hall is going to claw back enough union benefits to solve the problem.

In the end, the only way to rescue underfunded pensions without cutting further into essential public services is to identify a major government function that can be provided at a much lower cost and in such a way that those affected would regard the change as equal to — or even better than — what they had before.

There is one such public activity: K–12 education. Relative to the per-pupil cost of the average public school ($12,760), the typical parochial-school tuition, online-academy fee, or homeschooling curriculum is so low that even a very modest form of school choice will yield enormous savings.

To illustrate the possibilities, Marty Lueken, who’s director of fiscal policy and analysis at the EdChoice Foundation, and I conducted a study of Connecticut, published last fall by the Yankee Institute for Public Policy. Gathering the most recent data on per-pupil cost and attendance for every one of the Nutmeg State’s public-school districts, we found that if just 10 percent of the students had a yearly budget of $5,000 for private education — $1,000 more per year than the average tuition at Connecticut parochial schools — the annual savings of $385 million would fully fund the state’s notoriously troubled teacher pension plan.

Since such a low percentage of students would need to leave the public schools, the associated teacher reduction could be achieved through Baby Boomer retirements, not firings. The Learning Policy Institute has predicted a national shortage of unionized K–12 teachers for years to come.

The only real question is how long it will take union leaders to see that a policy they’ve long opposed is the only way to preserve retirement benefits without facing an ugly reaction from overtaxed and service-starved voters.