Freedom Centers Constitutional and Political Freedom The political exhibitionism of the State of the Un ...

The political exhibitionism of the State of the Union 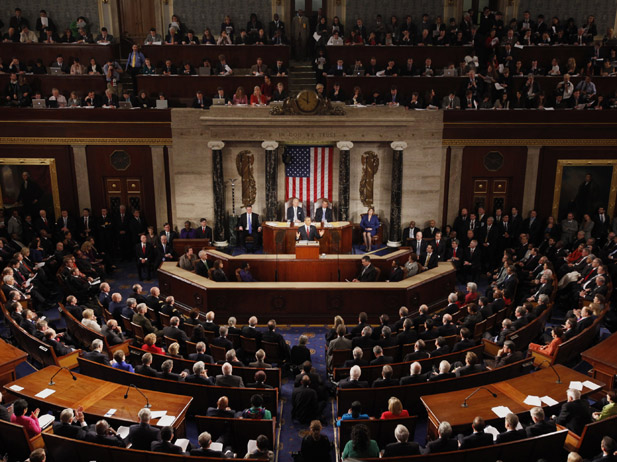 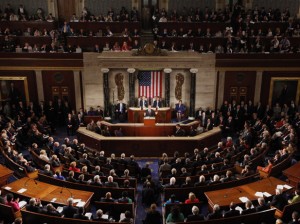 As undignified as it is unedifying and unnecessary, the vulgar State of the Union circus is again at our throats. The document that the Constitutional Convention sent forth from Philadelphia for ratification in 1787 was just 4,543 words long, but this was 17 too many. America would be a sweeter place if the Framers had not included this laconic provision pertaining to the president: “He shall from time to time give to the Congress information of the state of the union.”

The Constitution’s mild requirement has become a tiresome exercise in political exhibitionism, the most execrable ceremony in the nation’s civic liturgy, regardless of which party’s president is abusing it. You worship bipartisanship? There is not a dime’s worth of difference between the ways the parties try to milk partisan advantage from this made-for-television political pep rally.

Tuesday evening, Barack Obama probably will concentrate on inequality as a way of changing the subject from his inconvenient triumph, the Affordable Care Act. So he probably will again propose partial public financing of Democratic candidates’ campaigns, by again calling for “high-quality” universal preschool. This adjectival phrase is code for: Now we will do better because we will employ more certified — and unionized — teachers.

Studies of it strongly indicate that the cognitive and other effects of early preschool are slight and evanescent — gone by the third grade. The few studies of other state programs that indicate better results have possible methodological problems explained by George Mason University social scientists David J. Armor and Sonia Sousa in “The Dubious Promise of Universal Preschool” in National Affairs quarterly.

Even “high-quality” universal preschool would not measurably reduce inequality. It would, however, efficiently convey funds from the federal treasury to a new cohort of unionized teachers, then through union dues to Democratic candidates.

The president will probably again propose combating inequality with a 23rd increase (since 1938) of the minimum wage. This would have no measurable effect on inequality because few heads of household earn the minimum wage and most such earners are part-time workers from households with an average annual income of $53,000. Twenty percent are from households making $75,000 or more.

Obama probably also will urge measures to increase college enrollments. For several decades, both parties simply knew that not enough people owned homes. So federal policy — mortgage subsidies, lower lending standards — encouraged more homeownership than market rationality would have produced. One exciting result was the Great Recession. Now the federal government, which simply knows that not enough people are getting college degrees, has fueled a bubble in higher education by funneling billions in subsidies for student tuition aid. To the surprise of no one, except the government, schools have responded by raising their prices — they are up 23 percent since Obama’s first election — to capture the subsidies.

The Center for College Affordability and Productivity (“Why Are Recent College Graduates Underemployed? University Enrollments and Labor-Market Realities”) reports that about 48 percent of those college graduates who are employed are occupying jobs that the Bureau of Labor Statistics suggests require less than a four-year college education. Thirty-seven percent are in jobs that require no more than a high-school diploma, and about 5 million are in jobs that require less than a high-school education. About 14 percent of waiters and waitresses, 16.5 percent of bartenders, 18 percent of telemarketers, 14.5 percent of counter and sales clerks and 24.6 percent of other retail salespeople have college degrees.

In 2010, Chief Justice John Roberts said: “The image of having the members of one branch of government standing up, literally surrounding the Supreme Court, cheering and hollering while the court — according to the requirements of protocol — has to sit there expressionless, I think is very troubling.”

Justice Antonin Scalia no longer attends what he calls “cheerleading sessions.” Justice Clarence Thomas, who says “there’s a lot that you don’t hear on TV — the catcalls, the whooping and hollering and under-the-breath comments,” will not be there Tuesday night. Will Roberts attend? No justices or senior military officers should stoop to being props at these puerile spectacles.

George Will is a Pulitzer Prize-winning journalist and commentator. His columns appear in The Washington Post.