Freedom Centers Constitutional and Political Freedom The Political (I)morality of Our Times ...

The Political (I)morality of Our Times 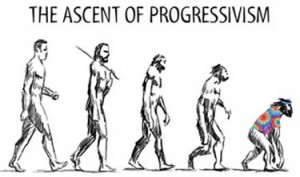 The supreme irony of the 20th as well as the beginning of the 21st centuries has been that both Democrat, and to a lesser extent, Republican Administrations have assumed the role of divine arbiters of good and evil, thus delivering the entire society to the capricious tyranny of ideologically motivated politicians and bureaucrats.  The result has been catastrophic for the constitutional foundation of the nation as well as the individual sovereignty of the people.  Instead of restricting themselves to serving the public welfare, successive governments, mostly illegally, have taken possession of rights and responsibilities that, in the aggregate, have reduced men and women to mere subjects of political engineering and idiotic tinkering.

How has the United States of America, the land of the free, gotten to where the nation is today?  Even prior to the election of Barack Obama, during the presidencies of Bill Clinton and George W. Bush, the red flags of various discriminations, based on arbitrary criteria, were all too apparent.  The obvious elevation of one category of people over another and the intermeddling with the economy, have also introduced a destructive degree of immorality into the political life of the United States of America.  These destructive forces of immorality are, in turn, a mortal threat to the nation’s rules-based democracy.  Finally, the financial crisis of 2008 has unleashed the ideological terror of the anti-democratic and anti-free market extremists, who assert that political freedom and economic prosperity must be subordinated to the egalitarian notion of social justice in the form of a fair redistribution of wealth.

The central element of this social rebellion is the erroneous theoretical conviction that only an all powerful government can be the depository of real democracy and the guardian of ubiquitous well being.  Now, with the reemergence of this already failed Russian Bolshevik Marxism, there is another tendency, enthusiastically supported by the vast majority of the media, that is hell-bent on feeding the misinformed majority of Americans with a steady diet of lies, distortions, ideological nonsense, and class hatred by proclaiming solidarity with the fate of all allegedly victimized minorities, to radically transform the United States of America from the beacon of democracy and the champion of free market economy into a dictatorial political entity.

Depicting this all powerful state, controlled by the idiotic few, as the protector of all victimized minorities, i. e. the majority, against the political and economic dictatorship of the hyperbolical one percent, allows morally challenged politicians to present themselves as the  unselfish champions of progress.  To quote Hillary Rodham Clinton:  “I am a progressive who likes to make progress.”  What she really means is that for a progressive the people are mere guinea pigs, who must be subjected to irresponsible experimentation, ad infinitum.  Reality, common sense and free agency count for nothing.  The most important requirement is to always try a new form of ideological stupidity.  If it fails, blame others and try another.  But above all, create the illusion that you are trying something, that you never stop, and that you are progressively marching ahead.  Yet, she cannot stand the people for whose benefit she seeks the highest office.  She does not believe in them.  And more importantly, she has no respect for them.  Her only abiding allegiance is to her narcissism and proverbial private and public immorality that she and her husband, the 42nd president, have made so infamous.

Attempting to comprehend why the fledgling republic was on the edge of its existence, James Madison opined that the United States of America would not need a constitution to protect us if government were comprised of angels.  Consequently, in the absence of angels, the people must protect and defend the morality of the entire nation against the poisonous policies of the extremists within the Democratic party, who are determined to destroy American and Western civilization.