Freedom Centers Constitutional and Political Freedom The Politicization of Morality and the Amorality o ...

The Politicization of Morality and the Amorality of Politics 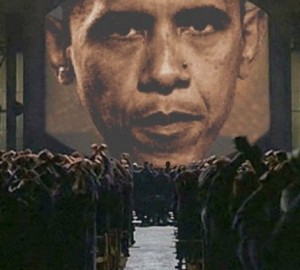 Nothing can be more fatal to a nation’s well-being than an attempt at autocratic transformation of society by incompetent politicians. Lack of competence engenders fear and inferiority complex. Knowledge of flawed abilities creates the desire to compensate by adopting confrontational and even hostile attitudes toward intellectually superior opponents. When such a politician encounters criticism and ridicule, his or her feelings could degenerate into destructive hatred that has the potential to destroy the morality and jeopardize the normal existence of society.

Today’s progressives see themselves as the exclusive trustees of all political truths, the absolute champions of social justice, and the elitist vanguard of an economically perfectly fair society. However, by claiming omniscience and by stressing moral superiority, they have closeted themselves in their self-constructed ivory towers, thus have become ignorant of reality, and gradually have lost sight of the human dimensions of the American people’s everyday lives.

Elected politicians, be they on the local or federal level, are responsible to and for the people. Witnessing the political debauchery, the moral hypocrisy and economic incompetence emanating from the White House and slavishly followed by the Democrat-controlled Senate, most of the mainstream media, the overwhelming majority in academia and ideology rather than law-driven judges, the scope of progressive totalitarianism is breathtaking and highly alarming. Breathtaking, because the President’s and his acolytes’ intent is to overturn the constitution and replace it with the absolute rule of an unaccountable leader and an uncontrollable bureaucracy. Highly alarming, because their kind of totalitarianism is directed against political freedom, prosperity, the rule of law, individual initiatives, the moral foundations of American society, and the integrity of the nation at home and abroad.

In reality, the facts tell a dreary story about Barack Obama’s presidency. The President’s and his administration’s contempt for the Constitution, Congress, their opponents, the states and the American people in general has poisoned the political culture in Washington and throughout the country. His divisive rhetoric has turned minorities against the majority and vice versa. His surreptitious allusions to racial inequalities undergirded by his Attorney General’s virulently anti-white mentality, have fostered an atmosphere of hatred and revenge in American society. His blatant distortions of facts have been designed to perpetuate prejudices and ignorance in uninformed voters. His shallow populism has led to extreme expectations by various minority groups rendering him incapable of any healing compromise with his opponents. His insistence on absolute economic equality has been an idiotic sham that is destroying universal prosperity. His arrogant inventions of abstract rights for the alleged “victims” of “capitalist exploitation” superimposes misguided compassion for real justice based on the rule of law.

His battle cries of the “rich should pay their fair share” and the Republicans want the poor, elderly and the sick to “fend for themselves” are blatant lies that fly in the face of the whole concept of presidential moral authority. Equally outrageous are his repeated assertions that Republicans want to restore slavery and take away women’s rights to abortion and birth control. Even more revolting is his classification of illegal immigration as a humanitarian crisis, thus rationalizing his refusal to enforce the existing laws.

This politics of envy and class welfare cannot but signal a menacing future for the United States of America. For nothing is more threatening to democracy than a corrupt vision of the relationship between the people and their elected government. A government that pretends to be democratic but employs unlawful and even illegal means to govern, and a government that arrogantly evades and defies the fundamental constitutional order of the country is guilty of undermining the rule of law, and will sooner or later substitute it with force: precisely as it happened in the 20th century in Western and Eastern Europe.

The current global crisis in the United States of America is not endemic. It is the result of bad political choices that had been made by both the people and their elected politicians. Currently, American society is permeated with and tormented by the clash of hostile political forces, religious convictions, and existential interests. It has lost the moral compass that had guided the country to become the greatest democracy, the moral compass for the rest of the world, and an economic powerhouse. The national nightmare, caused by utopian ideological extremism, political incompetence and economic delusion must end. The moral authority of political honesty and the balance between substantial ideas and effective actions must be reestablished. With a new competent leadership, the American people’s reasoned understanding of democracy, liberty and economic freedoms will triumph again.