The Quest to Denuclearize the Korean Peninsula 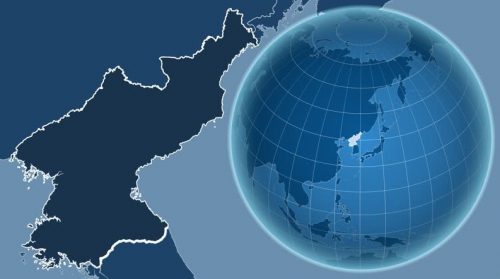 For the past quarter century four American presidents as well as the majority of the international community have unsuccessfully tried to convince the previous ruler of North Korea, officially known as the Democratic People’s Republic of Korea, Kim Jong Il and recently his son and successor Kim Jong Un to relinquish their relentless drive toward building up the state’s nuclear arsenal in exchange for magnanimous economic assistance. Neither have been efforts to conclude a peace treaty between the two Koreas successful. The reasons for these failures have been bilateral as well as international. Bilaterally, the governments of North and South Korea, officially known as the Republic of Korea, have represented irreconcilable political principles and have continued to suspect each other of striving to reunite the two Koreas under their respective exclusive rule. Internationally, the peninsula in general and North Korea in particular have become the battleground for ubiquitous rivalry between the United States of America and the People’s Republic of China.

Historically, there always had been a close political relationship between the domestic policies and foreign affairs of every state. Equally, the form of government and the principles that govern a state’s domestic policies had always determined its foreign affairs. From its inception in 1948, the Kim family’s North Korea has been a closed despotism. Its founder Kim Il Sung (his original name was Kim Song Ju) did embrace Soviet style Socialism and thus did not hesitate to tie his foreign policy first to the Soviet Union and after 1949, also to the People’s Republic of China. Following the unsuccessful invasion of South Korea between 1950 and 1953, the elder Kim decided that North Korea must remain clammed up within its existing boundaries and maintain its alliances exclusively with the two Socialist states. Otherwise, North Korea stayed away from establishing meaningful relations with any other state in Asia and beyond.

Immediately after the elder Kim’s death in 1994, North Korea announced its intention to withdraw from the Nuclear Nonproliferation Treaty (NPT). In the same year, President Clinton initiated and concluded the Agreed Framework with Pyongyang, in which North Korea committed itself to freezing its illicit plutonium weapons program in exchange for mostly economic aid.

In 2002, the father of the current despot Kim Jong Il affirmed that North Korea withdrew from the NPT. Lead by the United States of America, a second diplomatic effort was initiated in August of 2003. Dubbed as the Six-Party Talk, the United States of America, China, Japan, North Korea, South Korea, and Russia attempted to put an end to Pyongyang’s nuclear and missile development and its export of ballistic missile technology. As a result, North Korea pledged between 2005 and 2007, to abandon “all nuclear weapons and existing nuclear programs”, and to return to the NPT. However, in 2009, North Korea again withdrew from the Talk. Voicing its disagreement over verification, North Korea stated that its decision to abandon the Six-Party Talk was final and irrevocable.

In January 2018, Kim Jong Un offered South Korea to open discussions about his country’s participation in the summer Olympics. The subsequent meeting between Kim Jong Un and the South Korean President Moon Jae In on April 27, 2018, culminated in a declaration, in which the leaders of the two Koreas expressed their joint desire to work toward the denuclearization of the Korean peninsula.

June 12, 2018, the day of the opening of the Singapore Summit between President Trump and the North Korean despot Kim Jong Un arrived in an atmosphere of high expectations. In addition to meeting in person for the first time, the two leaders produced a joint statement, in which they announced the dawn of new bilateral relations, their intention to build a “peace regime” on the Korean peninsula, Kim’s undertaking to work toward “complete denuclearization of the Korean peninsula”, and the recovery and repatriation of the remains of American prisoners of war and soldiers missing in action in North Korea. Separate from these joint statements, President Trump unilaterally pledged that the United States of America will suspend annual US-South Korean military exercises, subject to “good faith” dialogue with North Korea. Moreover, Secretary of State Mike Pompeo was tasked with advancing further negotiations with Pyongyang. Finally, Kim promised to destroy a facility for testing its ballistic missile engines.

Again, the Hanoi Summit of February 27-28, 2019, was hyped as the next positive step toward the gradual denuclearization of the Korean peninsula. The Summit broke up without any agreement or even joint declaration. Clearly, the recurring issue of lifting the sanctions partially or completely in exchange for gradual and ultimately total denuclearization of the North, proved to be once again the proverbial nut that could not be cracked.

What’s next? In light of the repeated failures of enticing Kim Jong Un to give up North Korea’s nuclear status and directing his attention to the improvement of the standard of living in his country must be subjected to critical thinking and sober reevaluation. Let’s begin with the possible consequences of opening up North Korea to economic development. First, what is absolutely certain and undisputable: Kim Jong Un, the leading party and government functionaries, and the top brass of the military will be loth to limit the powers of the party and the government over the economy. Second, North Korea will need a lot of foreign capital. And foreign capital will certainly come with demands that will include the relaxation of state control, the concomitant liberalization of the domestic markets, the reform of the legal system, transparency, and the slow but steady opening up of the public domain to competing policies, strategies, tactics, and opinions. These all will also require a written and electronic media that is diverse and is allowed a measure of freedom to function.

Third, as any developing country, North Korea’s political and economic transformation will be fraught with internal contradictions and external frictions. Internally, the hybrid nature of the changing economy will grossly distort the markets. Kim Jong Un will certainly favor state owned companies that will be showered with cheap loans and protected by one-sided regulations. Private companies, in turn, will be disadvantaged in the allocation of state controlled capital. In order to survive, these private companies will be forced to team up with state companies. Internationally, foreign companies will not be allowed to operate freely. Fourth, banks and financial markets must be allowed to operate freely too. With all these hurdles and ambiguities, North Korea will face sluggish growth, mounting debts, oppressive state control, and increasing hostility abroad. Thus, the future is not very bright. Underestimating the difficulties inherent in changing North Korea will only court domestic upheavals and international conflicts.

Under such circumstances, why should Kim Jong Un want to make a deal on the United States’ terms? Clearly, he is in a quandary. He knows that the status quo is untenable. Yet, the dangers inherent in the relaxation of his despotism are real. Therefore, any transition, even the most cautious one, will drag North Korea through a chain of crises. He certainly will have to make promises that, in turn, will raise too many hopes and illusions which, if go unfulfilled, will cause disappointment, anger, and even hatred. Undoubtedly, Kim Jong Un is faced with the great problems of what domestic and foreign policies to follow.

For its entire existence North Korea has relied exclusively on the People’s Republic of China. Despite his stay in Switzerland, Kim has lived through his entire life in a mixed Chinese-Korean culture. These cultures differ radically in their customs and institutions from the West and have been separated from it by the policies of the despotic regime in North Korea. Consequently, Kim Jong Un’s understanding of the United States is superficial at best.

Corresponding to this paradoxical condition, life in South Korea has also radically diverged from the situation in North Korea. By the virtue of his privileged upbringing, Kim Jong Un is most likely will be incapable of adapting himself easily to changing circumstances. Moreover, being in the possession of tremendous powers, he is still bound by the many restrictions that accompany the requirements of maintaining North Korea’s Asiatic despotism. For these reasons, he must oppress, but at the same token, rely on the party, government, and military bureaucracies. If he is cognizant of the fatal stagnation of his country, his whole life must be full of contradictions, desperation, and hopelessness.

Be that as it may, Kim Jong Un’s life is dominated by fear. Like the villains in Shakespearean plays, his hands are stained with blood and his mind is hostage to never ending intrigues and real, and imagined threats to his personal safety. He might be capable, even brilliant, but these circumstances make him into a political pariah. Thus, doomed to oscillate between being a despot and equally being a fearful human being, he is a lying, conniving, intriguing individual, who cannot be trusted. Even if Kim Jong Un can be convinced to give up his nuclear arsenal for economic prosperity, the task might prove to be too much for his intellect and limited experience. If the process of transformation will appear to get out of his control, he might reverse his policies abruptly and completely. His extermination of his half brother, his ruthless murder of his uncle and aunt, and his treatment of his subjects point to a character possessed by violent mood fluctuations and unpredictable impulses. Presently, he is a pilot without the proper compass.

Regardless of all these negatives, the objective is to make permanent peace between the two Koreas by denuclearizing the Kim regime. Such a permanent peace can only be achieved by defining principles that will be accepted by all parties involved, and which cannot be violated by either in the foreseeable future. These principles are: legitimacy, political and economic freedom, and prohibition of using force against each other. Furthermore, these principles must be defined in a way that they could not be destroyed by illegitimate applications and be transformed into giant hoaxes. At the minimum, Kim Jong Un must accept that his government must exist for the benefit of his people. Rejecting this core principle by him will prove that his regime is not serious about building lasting peace in the Korean peninsula.

In conclusion, President Trump did the right thing by walking away from the Summit. He is also correct by counseling patience. Time will erode Kim’s despotism in North Korea. Meanwhile, the United States of America must be vigilant and hold firm to the principles of democracy.