Freedom Centers Constitutional and Political Freedom The Reconstruction of Venezuela ...

The Reconstruction of Venezuela 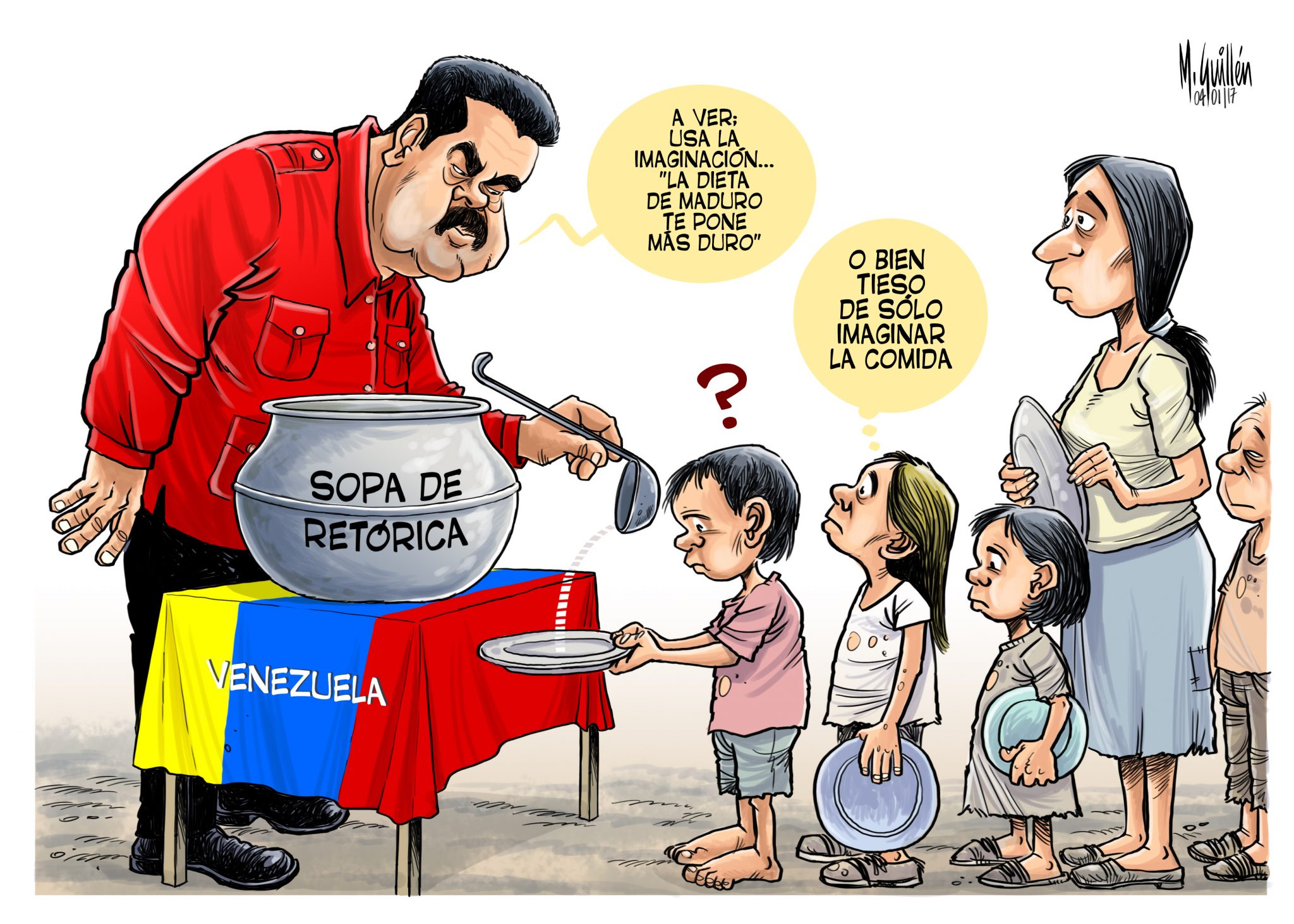 Puzzled by the glaring differences between the well organized and prosperous neighboring new republic, the United States of America, and the chaos as well as the impoverishment of the just emerging states of Central and South America, Simon Bolivar remarked in his “Letter to a gentleman showing great interest in South America’s republican cause”, in 1815:

“As long as our compatriots do not acquire the talents and political virtues that have characterized our northern brothers, I greatly fear that our completely traditionalist systems, far from being favorable for us, will be our demise. Unfortunately, the requisite level of these characteristics seems to be far from us; and, to the contrary, we are dominated by the vices acquired under the direction of a nation like Spain, which has excelled only in cruelty, ambition, revenge and greed.”

In addition to being prophetic, Simon Bolivar’s words still point to the enduring political tragedy of Spanish- Hispanic America, namely that history have not just repeated itself in regular intervals throughout the 19th, the 20th, and in the first nineteen years of the 21st centuries across Central and South America, but that it has run in ruthless as well as inhuman circles around their curious colonial heritage.

Simon Bolivar was one of those personalities who played a crucial role in initiating and then leading the independence movements across the southern part of the American continent. Yet, in the independence struggles of Venezuela, Colombia, Ecuador, Peru, and Bolivia, Bolivar’s vision of a multitude of independent republics unified under a pan-American umbrella with a single strong ruler ultimately failed to materialize. Born into the Caracas aristocracy, who lived and studied for an extended period of time in Europe, he embraced the philosophy of the French Enlightenment, especially the views of Jean-Jacques Rousseau. Accordingly, Simon Bolivar subscribed to the idea of “general will”, and to the principle of the rule of the majority.

When he was elected the President of Venezuela on December 6, 1998, the late Hugo Chavez Frias turned Simon Bolivar’s vision to its head and established under the deceptive idea of “Bolivarian Revolution” an authoritarian form of government with a populist overtone. Moreover, influenced by Fidel Castro’s distributive socialism, he focused on using Venezuela’s considerable oil resources to buy up the good will of the poor. Finally, to oppress the upper and middle classes, Chavez integrated the military and the intelligence services into his authoritarian domestic rule.

Under the strange slogan of “Motherland, Socialism, or Death”, which he changed before his death to an even more macabre one “Motherland and Socialism. We will live, and we will come out victorious”, Chavez succeeded to transform Venezuela from a rich nation to a dirt poor country. In addition to running Venezuela to the ground, Chavez’s autocracy produced a Stalinist constitution, a subservient legislature, a supreme court completely beholden to his command, and a laughable electoral law. All this was neatly subsumed into the Marxist myth of class struggle. Everything that happened before Hugo Chavez, such as slavery, feudalism, colonialism, and capitalism, were necessary evils on the prescribed Marxist road to socialism, where the truly egalitarian society will be erected without poverty and backwardness. The blood sucking bourgeoisie and their equally despicable imperialist masters will be left on the ash heap of history. Naturally, these ideas of historical materialism called for a singular foreign policy direction, namely an unequivocal anti-USA strategy.

Following Hugo Chavez’s death on March 5, 2013, his handpicked successor Nicolas Maduro has presided over the total destruction of what remained of the “Bolivarian Revolution” and the “Twenty First Century Socialism.” Attempting to make a virtue of his lack of education, Nicolas Maduro has boasted that what he has learned throughout his life, he has acquired not from books, but by working to turn Chavez’s thoughts into reality. In this manner, Nicolas Maduro has proven again that there is nothing more toxic in politics than an uneducated idiot who embraces Marxism as an absolute substitute for his dearth of any intellectual ability. To add the insult of his idiocy to the injury of the failed Chavist society, Nicolas Maduro has gone to unbelievable extremes to twist the undeniable facts to conform with his surreal ideological trash.

Politically, Nicolas Maduro is a dead man walking. Except for a miniscule minority that still benefits from Chavez’s construct, the overwhelming majority of Venezuelans are fed up with the “Bolivarian Revolution” and the “Twenty First Century Socialism.” Consequently, the question is not whether Nicolas Maduro could survive, but what should not happen and what should replace his government after its certain collapse?

What definitely should not happen after the fall of Nicolas Maduro is a thoughtless and premature rush to hold elections in Venezuela. For all practical purposes, Venezuela is a failed state. Its economy is bankrupt. Its oilfields barely produce and are badly serviced. Its refineries do not work properly. Its political institutions are corrupted and function badly, or not at all. At least ten percent of its population have already fled Venezuela. This makes the constitutional crisis in Venezuela not just a domestic but a regional catastrophe. The overwhelming majority of the population is starving and full of hatred toward the state that betrayed them. Remnants of the Maduro regime will do everything to cling to power, intimidate, disseminate disinformation, increase the anarchy, and even attempt to trigger a civil war. Under these conditions, general elections will be farcical. Their results surely will not reflect the true will of the people.

For all these reasons, Venezuela first will have to be restored to normalcy. Only following a transition period, in which a minimum of political and economic normalcy are established could fair elections be held. To facilitate such a transition, the Organization of American States must be designated to lead and manage the transition from the authoritarian regime of Chavism to the restoration of democracy in Venezuela. In its quest, the Organization must be guided by the Charter of September 11, 2001, and its Article 1, which declares:

“The peoples of the Americas have a right to democracy and their governments have an obligation to promote and defend it.”

Moreover, Article 19 of the Charter states that such an interruption or alteration constitutes “an insurmountable obstacle to its government’s participation in sessions of the General assembly, the Meeting of Consultation, the Councils of the Organization, the specialized conferences, the commissions, working groups, and other bodies of the Organization.”

Finally, Article 20 mandates that after such an interruption or alteration in a member state’s constitutional order, any other member state or the Secretary General of the Organization may request the immediate convocation of the Organization’s Permanent Council to conduct a collective assessment of the situation and to undertake such decisions as it deems appropriate. In case the efforts of the Permanent Council remain fruitless restoring the constitutional order, or if the situation is judged to be particularly urgent, a special session of the General Assembly could be convened to address the matter. The special session, in turn, could suspend the membership of the state in question by a two-thirds majority vote.

Making use of these mandates, the Organization of American States must assist in rebuilding the legislative, executive, and judiciary branches of the Venezuelan government. Next, the economy must be returned to normalcy. What can be partially or fully privatized must be reorganized. NGOs from all over the continent must be allowed to function with the highest degree of independence. Simultaneously, the banking system must be restored to solvency.

Cuban personnel must be asked to leave Venezuela immediately. Russian and Chinese citizens must be asked to do the same. Venezuela cannot be allowed to become the theatre of great power rivalry. Venezuela’s outstanding loans, if proven, must be repaid in reasonable increments.

To a large extent, Venezuela is only a symptom of the toxic policies of Cuba. It is high time to eliminate this political cancer in the Western Hemisphere. The Ortegas criminal rule in Nicaragua also must be stopped. Central and South America must be put on the stable track of democracy and of market economy. The United States of America cannot afford any more political instability and economic bankruptcy in its backyard. Equally, the peoples of Central and South America must not tolerate any more the corruption, the political and economic criminality, and the lawlessness that have poisoned their societies for centuries.

In closing, Nicolas Maduro and his co-criminals must be brought to justice in Venezuela. Only in this manner could the deep political and moral wounds be healed, and a better future be built for everybody in Central and South America.