The Roots of Russia’s Revanchism – Energy 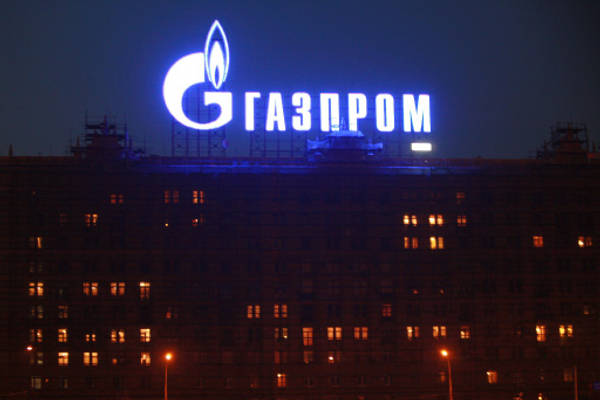 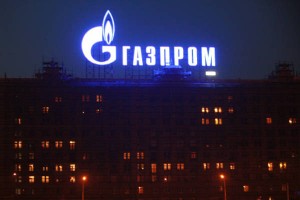 On Wednesday, the New York Times published a very nice account of a speech President Vladimir Putin gave to a group of the Russian elite in the Grand Kremlin Palace. Reported by on-the-scene correspondents, it was free of the usual filtering that takes place in Washington or most of the country’s newsrooms:

In an emotional address steeped in years of resentment and bitterness at perceived slights from the West, Mr. Putin made it clear that Russia’s patience for post-Cold War accommodation, much diminished of late, had finally been exhausted. Speaking to the country’s political elite in the Grand Kremlin Palace, he said he did not seek to divide Ukraine any further, but he vowed to protect Russia’s interests there from what he described as Western actions that had left Russia feeling cornered.

This isn’t exactly the picture John Kerry and Angela Merkel are giving us. According to them, President Putin is “in another world, “behaving in 19th century fashion,” “completely isolated” and “has a huge price to pay.” Close your eyes, however, and you are listening to Hitler lamenting the humiliations visited upon Germany by the Versailles Treaty. They said the same thing about him. You know what happened next.

So why is Putin feeling so resurgent that he feels ready to hit the “reset” button back to 1989? The answer is simple. Practically everything that led to the downfall of Soviet Communism has now been reversed.Go back and read Peter Schweitzer’s great book, Victory, chronicling how Ronald Reagan brought the Soviet Union to its knees. The first step was to go to the Saudis and make a deal with them to bring down the price of oil. At the time the Soviets were the world’s #2 producer of oil but outside OPEC, having no say in its price manipulations. Appealing to Saudi interests in the Islamic Soviet Republics, CIA director William Casey persuaded the Saudis to flood the market and drive down the price of oil — then at an unconscionable $14 a barrel. In exchange, the Saudis got AWACS to protect themselves from Israel and Iran. This meant placating Israel, which Reagan and Casey accomplished by allowing them to bomb Saddam Hussein’s nuclear complex. The Saudis opened the spigots and the Soviets lost billions in oil revenues.

That was just one piece of the puzzle. The Soviets were also trying to develop their Siberian gas resources and ship them to Europe through the Urengoy-Uzhgorod pipeline. But they lacked cold-weather drilling equipment and were preparing to buy it from Western oil companies. Reagan imposed an embargo on the technology and managed to slow the construction, although the pipeline was eventually completed anyway. This earned Reagan a reputation as a “warmonger” but the results paid off. By the late 1980s the Soviets were virtually bankrupt. Mikhail Gorbachev did not resist the Fall of the Berlin Wall and two year the Soviet Empire collapsed.

Now flash-forward to 2014. Russia is the world’s third largest oil producer, behind Saudi Arabia and the U.S, but coming on fast. When Putin came to power in 1999, the country was earning $41 billion from oil sales and Boris Yeltsin had just defaulted on a $40 billion debt. Today they earn $410 billion. Russia is also the second largest producer of natural gas, behind the U.S., and holds the world’s largest reserves. Europe now depends on Russia for 30 percent of its natural gas supplies and Gazprom is building a pipeline to the Pacific Rim where the market is even more attractive. Altogether, oil and gas exports earn Russia $160 billion a year and cover 60 percent of the national budget.

Moreover, the two strongest economies in the Western alliance — Germany and Japan — are both crippling their economies by abandoning nuclear power. Japan spent $68 billion on gas imports last year, more than half its $112 billion trade deficit. Germany is doing even worse. In a fatuous effort to substitute unreliable wind and solar energy for always-available coal and nuclear, it is driving its utilities to ruin. Last week RWE, Germany’s second-largest utility, announced its first annual loss since the founding of the German Republic in 1949. The company is hammered by grid regulations that require it to accept wind and solar whenever they are available. This means ramping coal plants and reactors up and down at a moment’s notice — virtually impossible — or running them for long intervals without being paid. On top of this comes special fees to cover the higher costs of renewable electricity. Last week, in a little noted transaction, RWE announced it is selling its entire oil and gas operations to — you guessed it — Russian oligarchs Mikhal Fridman and German Khan. No wonder Putin is feeling his oats these days.

The West’s unilateral disarmament over energy is reminiscent of nothing so much as the fatuous behavior of Western Europe during the interval between World Wars I and II. While Neville Chamberlain was excusing his people from entering “a quarrel in a faraway country between people of whom we know nothing,” France was disintegrating under Leon Blum’s Popular Front where under that odd combination of proletariat obstinacy and aristocratic insouciance the country dithered over redistribution of income and inconsequential social issues until it was a shell of the nation that had resisted the Germans for four years in 1914. When Hitler invaded in 1940, it lasted less than six weeks.

Now Europe is repeating the pattern. By backing away from nuclear and refusing to frack, it leaves itself with no other choice than Russian gas. Japan, Korea, and Taiwan are also spooked on nuclear and are increasing their reliance on imports. Granted the United States — at least the middle part of the country — is in the midst of an energy renaissance. But sharing this bounty with our allies may be a different story. The Department of Energy is approving exports terminals at a glacial pace and there is opposition from Congressional Democrats who still haven’t absorbed David Ricardo’s 1817 Principals of Political Economy and Taxation — not to mention environmentalists, who, with their usual upside-down logic, are arguing that the best way to counter Putin in Europe is to keep the gas to ourselves. And of course we haven’t built a new reactor from the ground up in 30 years.

Russia and China, meanwhile, are rapidly pushing ahead with nuclear technology. Russia is mounting small modular reactors on barges to float into remote Siberian villages. China has 20 reactors under construction and is about to explore thorium — a nuclear fuel that most engineers believe to be superior to uranium. Within a short time, Russia and China could be building reactors all over the world — as Russia is currently doing in Iran. Ironically, this will leave the two countries leading the world in the best technology for reducing carbon emissions, nuclear energy. The energy gap is only likely to widen.

“Oh, but we still have the banking system,” reply the “soft power” enthusiasts. “We can impose crippling financial restrictions on Russia and hurt them any time we want.” Notice how all these supposed advantages are based on past accomplishments. The dollar may still be the world currency, based on our role in World War II, but Russia has its sights set on that as well. Hard-line financial advisor Sergei Glazyev is suggesting Russia unload its dollar assets if sanctions are pushed too far. This may not be too much of a threat coming from a country holding only $138 billion in Treasuries, but what if they persuade China, which holds $1.3 trillion — 7 percent of all U.S. debt — to join them? Russia and China have often talked about using the Yuan to replace the dollar and China is now floating the currency, obviously prepping it for a wider role in world trade. It wouldn’t happen overnight but owing $5.5 trillion to other countries definitely jeopardizes our ability to keep using the “world’s reserve currency” as a universal credit card. In financial matters, we stand about where we did on energy in 1973 — much more vulnerable than we realize.

Things could get worse. The pipeline that feeds southern Europe runs right through Ukrainian territory. What if Ukrainian nationalists or uncontrollable guerrilla factions start sabotaging it? Will that give the Russians an excuse to invade the entire country? And what are we going to do about that?

The Crimean crisis is revealing what history has proven over and over again — a country that develops a powerful economy on a firm foundation of energy resources can push its weight around on the world stage, and a country that lets its economy languish can believe itself much more powerful than it really is.

William Tucker is the news editor for RealClearEnergy.org. This article was published at The American Spectator.