Freedom Centers Constitutional and Political Freedom The Stakes of the Shutdown Standoff ...

The Stakes of the Shutdown Standoff

Government shutdowns are petty, but they're rarely as detrimental as pundits and politicians fear. 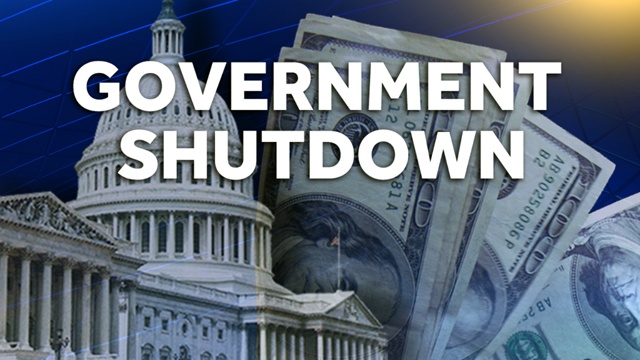 For various reasons it’s become popular to threaten to shut down the federal government. Whether that goes back to the Reagan years when Democrats would run out the clock on the fiscal year to try and force spending increases the White House didn’t want or the years in which the tea party Republicans decided the American people would stand with them in closing the government to stop Obama initiatives, there are people in government who believe hanging the “Closed” sign on the Washington Monument is a political winner.

It isn’t. It makes everyone involved look petty and small. The American political process is by design deliberative. The founders designed a system that forced compromise between regions of the country, between politicians of dissimilar views and of competing interests at all levels of government. Pushing the government to close because there’s no money to run it is akin to taking one’s ball home from the playground because the other kids will not agree to play the game by the rules you want.

All that said, the government never really shuts down. The president is allowed far too much discretion to declare services essential, meaning all kinds of people get to stay on the job without pay, working away as usual processing government checks, funding grants, administering programs and doing all kinds of things that, while they might be the purpose for which people get up and go to work each day, would hardly be classified as “essential” in any kind of real emergency. And even they don’t suffer because whatever measure Congress passes and the president signs to reopen the government usual includes language awarding everyone who worked through the shutdown the back pay they missed.

So, if a shutdown isn’t really a shutdown, why all the hullaballoo this time?

First because it really does seem to be the Democrats who are leading the charge rather than the Republicans, which makes the situation unlike what most of the reporters covering Washington politics have seen over the last 20 years.

Second, because Donald Trump is in the White House and no one, not even the Republicans in Congress, know how he’s going to react. Will it be business as usual, with most of the government still at work while the national parks and other high-visibility items are shuttered for effect? Or will Trump go through the executive branch with surgical precision, shutting down the agencies in government whose primary mission is to serve Democrat constituencies – like the U.S. Departments of Labor and Education – while leaving the Pentagon and mission critical security activities like border security running. Interior Secretary Ryan Zinke has already announced that in the event of a shutdown the “usual suspects” under his department’s jurisdiction that are usually the first things closed in a shutdown will remain open to the extent possible.

If Trump approaches the shutdown from a business rather than a political perspective, it could be a game-changer that, for once, works for the interests of the GOP instead of against them. He may be able to make the case to the country successfully using his Twitter account (which the government doesn’t control) and by other means that it really is the Democrats in the Senate standing in the way of the short-term funding bill to keep the government open. That it really is the Democrats in the Senate that are putting the health care of 9 million children at risk by stopping the reauthorization of the CHIP program because the status of 700,000 people living in America illegally (although through almost no fault of their own in many cases) ought to take precedence over everything else.

The stakes in a shutdown standoff are never as high as the pundits and politicians who natter on about them endlessly make them out to be. At least, not usually. This time may be different – if it gets to that point. It’s still far more likely some agreement will be reached at the last minute, or a minute or two after that, than it is that the government will shut down for a prolonged period. The folks who have the most to lose invariably blink quickly rather than suffer the political consequences.