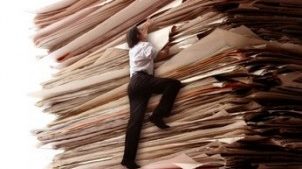 Past harsh, critical comments from both President Trump and William Barr, his attorney general, demonstrate that the White House accepts the entertainment industry for what it is: a leftist, anti-capitalist blob that seeks not only to distort the culture war and remove Republicans from office, but also to rig the competitive market system to artificially increase its power and influence.

However, the question becomes how does the White House address its abuse in a free market way?

It’s a delicate balancing act, to be sure. While Hollywood often acts anti-competitively for personal gain – see: Steven Spielberg’s attempt to kill Netflix films’ ability to compete for Oscars – like every other industry, it also suffers from big-government edicts that unfairly harm their businesses. And, for all of the donating to Hillary Clinton they just made a few years ago, the movie and music industries have sounded alarm bells with the administration that the latter is a major concern to them.

Despite all the flack that the current White House gets for being rash and careless, the Trump administration is working tirelessly to ensure it treats its Hollywood detractors fairly and in line with the conservative principles it preaches.

Through a sweeping antitrust consent decree review, the Department of Justice is trying to successfully achieve this balance. Since April of last year, it has been examining the antitrust judgements that have been on DoJ’s books for generations. Its objective is to determine which are still needed to protect consumers against anti-competitive behavior, and which, at this point, act more as pointless red tape than anything else.

Seemingly as a result of multiple advocacy pushes, the clear focus of this effort quickly became those governing the entertainment industry. Namely, the Paramount consent decrees, which restrain the movie industry, and the ASCAP/BMI decrees, which created guidelines for the Big Music monopolies to follow.

On Nov. 18, the DoJ came to terms with its first major decision, announcing that it will ask the court to phase out the Paramount movie consent decrees. They prohibit the big five movie studios of the 1940s from harming small theaters by making exclusive deals with regional theaters (“circuit dealing”) and mandating that small theaters purchase their films in bundles (“block booking”).

DoJ made the right move. While at the time these decrees were necessary, modern-day innovation has made them obsolete and harmful to market competition.

Today, the Big Five studios from the 1940s are still far from angels, but there are plenty of new distributors that have taken their power away. Just look at Netflix, which plans to release over 50 films this year – more than Paramount, Disney, and Warner Bros. combined. Unlike in the 1940s, there are plenty of other studios with which theaters can do business should MGM, Warner Bros., RKO, Paramount, and 20th Century Fox – the five companies restrained by the decrees – provide terms to small theaters that are not agreeable. In fact, only two of those companies are still even in the Top 5 for market share.

If the DoJ let the decrees continue to restrict these studios while leaving their major competitors that have risen over the last 70 years unchecked, it would distort the marketplace by picking winners and losers. That would work to the detriment of, not the benefit to, consumer choice.

While the DOJ’s decision on Paramount was the right one for the free market, Barr’s department needs to be extra cautious on its next entertainment industry review – the ASCAP/BMI music consent decrees.

ASCAP and BMI – monopolies that control the rights to music licenses for public performance – are pushing for the DoJ to terminate or modify these antitrust guardrails. In an open letter to DOJ, they claimed that doing so would open the free market, which “would create a more productive, efficient and level playing field for everyone involved.” However, a dozen free market groups, including Frontiers of Freedom, have cautioned the DoJ that, contrary to what those monopolies are saying, doing so would run the free marketplace in the music industry to the ground.

The reason the ASCAP and BMI decrees went into place in the first place was to prevent ASCAP and BMI from enacting predatory pricing on small businesses. After all, the two monopolies’ very existence is emblematic of everything that Washington created antitrust law to prevent.

Both ASCAP and BMI are comprised of otherwise competing songwriters and publishers that banded together into these two groups to set prices for a joint product at a joint price. Both institutions were created with the explicit purpose of working together to increase prices. Put simply, there is nothing competitive or free market about them.

For the relaxation or removal of its decrees, ASCAP and BMI would have to prove that price-fixing is no longer a fundamental concern. As alluded to already, that is going to be hard to do when considering that the whole reason for their creation was to price-fix. It is going to be especially be hard to prove when considering how, unlike in the movie industry, their combined market share has barely moved at all since the 1940s – remaining at 90-percent of all performing rights. The fact that ASCAP had to settle a civil contempt charge with the DoJ for violating its decree just three years ago for nearly $2 million shouldn’t help its case either.

By giving everyone – including its political opponents, like the major entertainment industry conglomerates – the benefit of the doubt and the courtesy of a thorough review of present-day regulations, the Trump administration is yet again proving how serious it is about its deregulatory agenda. It is not governing on partisan or electoral grounds, but rather out of a desire to see fairness and accountability restored for everyone – even its enemies.

The White House is off to a good start, but for the sake of the free market and the consumers who depend on the fair playing field it creates, here’s hoping that it finishes strong.