Freedom Centers Constitutional and Political Freedom The U.S. Patent System Is Under Siege ...

The U.S. Patent System Is Under Siege 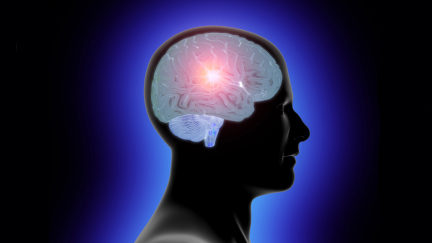 The 2010s have been hard on the U.S. patent system. It has been attacked from multiple directions: by big tech, which waged a lobbying campaign to weaken it; by China, which uses IP theft to siphon up to $600 billion out of America annually; and by Washington, D.C., where court decisions and legislation have thrown patent law into turmoil.

The good news is, some are fighting back. President Trump is battling to keep IP protections at the center of trade discussions with China, and the Senate Judiciary IP Subcommittee, led by Senator Thom Tillis (R-NC), held historic hearings just this month to re-stabilize the foundation that patents provide to the U.S. innovation economy.

These efforts are centered on restoring predictability. Today, inventors are uncertain of whether or not their intellectual property rights will be protected. This erodes their incentive to invest time and treasure into creating property in the first place.

Consider the recent words of retired Judge Paul Michel, who spent 22 years on the Federal Circuit and almost a decade working with patent cases. He said of the modern status quo, “I cannot predict in a given case whether [patent] eligibility will be found or not found. If I can’t do it, how can bankers, venture capitalists, and business executives?”

Predictability took its biggest hit in 2011, when Congress enacted the America Invents Act. Among its most damaging provisions was the creation of the Patent Trial and Appeal Board (PTAB), an unrestrained tribunal through which anyone can petition to have a patent declared invalid.

And petition they have. By 2016, PTAB had heard challenges to nearly 100,000 patents. A review by IPWatchdog.com found that only 4 percent of cases ended with all challenged patents being upheld.

PTAB’s overreach is particularly egregious because it is extrajudicial. Patent infringers use it to rob innovators not just of their inventions, but of their constitutional right to due process.

Just ask Josh Malone, the inventor of popular water balloon toy Bunch O’ Balloons, who had his invention ripped off by a large toy maker. When faced with his allegations of infringement, the toymaker went straight to PTAB to have his patents invalidated. It took Josh several years and millions in legal fees to finally get his patents re-validated and lost profits awarded by a jury.

Inventor Roman Chistyakov, and his now defunct company Zond, weren’t as fortunate when faced with similar abuse by infringers. Zond’s patented plasma etching technology used in razorblades and semiconductors was gang-tackled by corporate giants Intel, Toshiba, Fujitsu, GlobalFoundries, and Gillette who filed 125 individual IPR petitions costing Chistyakov and his company millions of dollars. Before the IPR proceedings, Zond owned 371 unique patent claims and employed over 20 people. By the end of the IPR proceedings, all of Zond’s patents and employees were gone.

Or consider the ongoing saga of a small company called EagleView, founded in 2008 by a roofing salesman and his software engineer brother. Their idea was to produce 3-D models from aerial images of roofs, enabling insurance and construction companies to better estimate the cost of repairs. As the company grew, established players promptly swooped in to copy the idea. EagleView alleges that Verisk Analytics, which has a market cap of over $24 billion, began stealing key technologies after its attempt to acquire EagleView fell through. EagleView filed for patent infringement, but Verisk attempted to use PTAB as a get out of jail free card by filing petitions to invalidate the more than 150 patents in question.

No matter what, patent law should always rest on the presumption of validity for patent holders and protect their right to due process in the courts. It’s the only way to ensure that the system is predictable for inventors and small companies up against corporate goliaths. None of these patent holders should have had to fight so long and hard for the basic right to have its day in court—a right that should be as central to the patent system as to any other corner of American life.

Increasingly, this is a matter of public interest. So much of modern society relies on patented innovations—from the medicines we take to the cars we drive to the computing technologies that permeate our lives.

America birthed many of these technologies by being the world’s number one protector of intellectual property. To preserve that status, we must fend off the modern siege of the U.S. patent system. We should meet the battle in our courts, our Congress, our trade deals, or anywhere else it presents itself. Innovation itself hangs in the balance.