The United Nations is simply a talking shop 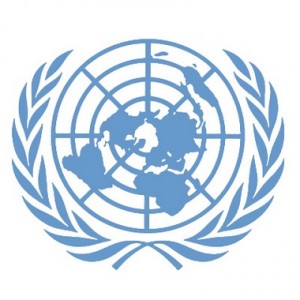 The U.N. couldn’t even muster the unity to demand that Syria’s gas attacks be investigated

At first glance, the case appears to be that of Nero and the burning Rome. A team of United Nations weapons inspectors sits in a luxury Damascus hotel just 20 minutes’ drive from what appears to be the deadliest use of chemical weapons since Saddam Hussein’s barbarity against the Kurds of Halabja in 1988. They are there, but they do nothing.

What fault there is, however, does not lie with the inspectors. Nor does it lie with the UN – although it might appear so to those who fondly imagine it as a genuinely supranational authority capable of halting atrocities against innocent civilian populations and bringing contending parties to the negotiating table.

Rather, what is exposed here is the United Nations as it is, and has always been: an organisation that is no more than the sum of its parts. More exactly, it is the sum of the five veto-wielding powers of the Security Council whose disagreement has prevented any meaningful international action to bring an end to the 30-month-old Syrian civil war that has taken the lives of more than 100,000 people and made refugees of millions more.

The inspectors cannot make their short journey because the Syrian regime will not allow them to do so, at least – it would seem – until the incriminating evidence has disappeared. The situation might be different had Russia and China joined with the council’s three other permanent members – Britain, France and the US – in demanding immediate access for the UN team. Therein, however, lies the great divide that has hamstrung the organisation. Only when the biggest powers speak as one can the world body exert influence on a major crisis, and in the process carry out its theoretical “Responsibility to Protect” those innocent civilians.

Very rarely, such an accord does happen, as was the case with the first Iraq war, when George Bush Snr assembled an unprecedented international coalition to throw Saddam’s army out of Kuwait in 1991. Then, the US President enjoyed the acquiescence of a Soviet Union in turmoil, destined to exist for only a few more months. Not so this time, however. On Thursday, the Security Council could not even muster the unity to demand a full investigation into what happened in the Damascus suburbs the day before, managing only a derisory call for “clarity”.

The lesson of most major modern conflicts –from Nato’s intervention in Kosovo to the second Iraq war of 2003 – is that outside intervention, if it comes, tends to do so in the shape of a “coalition of the willing”. These, in turn, tend to be credible only if led by the US. Yet so manifest is President Obama’s unwillingness to entangle his country in another Middle Eastern war that such a step may not be forthcoming, for all the justified international outrage and the pressure heaped upon the US leader by his allies, and some of his advisers, to do something – anything – to stop the slaughter. Even so, a coalition of the willing is the only prospect of robust outside action in response to the situation in Syria.

It is tempting in these circumstances to write off the UN as a pointless New York talking shop. But nothing could be more wrong. Had Washington listened to what UN inspectors were saying about Saddam’s imagined stocks of WMD, the disastrous 2003 invasion of Iraq might have been avoided. More broadly, for all its imperfections and shortcomings, the United Nations is the best available vehicle for co-operation between the nations of the world. Reinvent it from scratch, and one might come up with an expanded or amended list of Security Council members. But the end product, given the realities of national sovereignty and global power, mean the end product, perforce, would look much the same.

This editorial was written by the editorial board of The Independent (London).