Time for Solar Subsidies to Sunset 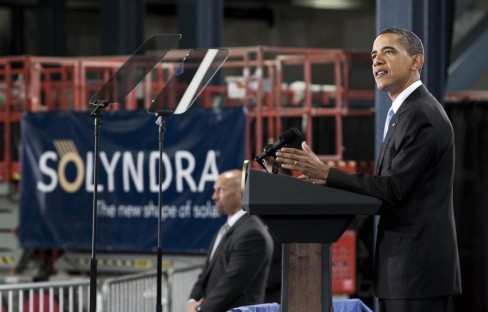 Some of solar energy’s more persuasive advocates have some people believing the age of free, homegrown electricity is just around the corner. Of course they had folks believing that in the 1970s, back when Jimmy Carter put solar panels on the White House and wore a sweater when the weather started to cool.

The basic fact, as true today as it was then, is that solar energy – like many of the so-called green energy alternatives to oil, to coal, to natural gas, and to nuclear power – is too expensive for most consumers to utilize unless accompanied by generous subsidies at just about every level of the process.

Some solar panels are manufactured by companies that have received direct subsidies or loan guarantees from the federal government — and if those companies fail (remember Solyndra) the taxpayers are the ones who make it possible for the investors to recoup the money they put at risk. When solar panels are put on homes and businesses it is often with the assistance of a some kind of generous green energy tax credit that cuts or even wipes out the costs associated with installation. The large solar farms that are now in vogue, when they are not literally roasting birds in mid-flight, are littering the landscape because states have enacted renewable energy mandates that require some portion of the power mix to come from sources outside those the nation has relied on for almost a century. In some places power companies are now requiring to purchase back the excess power home-based solar panels generate – providing another subsidy for home owners that everyone else pays for in the form of higher rates.

This latest fad has given rise to a new kind of entrepreneur, selling and installing solar panels at low rates of interest with the promise that they will pay for themselves in just a few years. It’s a deal that sounds too good to be true because it most often is. One of the companies engaged in this kind of activity, Solar City, even went so far as to sue the feds, claiming they had been shorted on the tax credits. This is crony capitalism at its worst, the credits having been provided to them by the same taxpaying homeowners who are buying or leasing their solar technology.

All this works fine on the surface for the middle class homeowner but doesn’t do much for renters, for those living on fixed incomes and other low-income families who see their electricity bills going up day by day and year by year. As Francis DeLuca, president of North Carolina’s Civitas Institute put it in a recent op-ed, “Think of a cable company being forced to buy your home videos at a set price, but only if they are produced with a device that costs as much as a car. Oh yes, and the government will subsidize your purchase of that new recording device. Those with the money to buy this expensive recording device are delighted to let everyone else pay higher cable bills as the cable company pays them for their videos.”

Must consumers cannot afford to utilize solar technologies without generous handouts given by or at the instruction of the government. These subsidies, which everyone pays for through their tax dollars, put the poor and the middle class in the position of underwriting the power consumption of the wealthy – who often choose solar to reduce their carbon footprint as a way of demonstrating their concern for the environment. They don’t consider the damage done in the production of the panels (or what happens when panels reach the end of their usable lifespan and have to be junked) or the economic choices their profligacy forces other people to make.

There is nothing per se wrong with the search for alternative technologies that will reduce the nation’s dependence on traditional forms of energy, some of which come from politically unstable parts of the world. The problem comes when the cost of that search is shifted to the taxpayers, who end up paying once, twice, even three times for the same energy as the result of the complex system of mandates and subsidies the government has created to mimic the market-readiness of solar power.

The rent seekers in the solar industry are working hand-in-hand with Washington bureaucrats and state officials to pick the winners and losers in the new energy marketplace. It’s a pathway forward to a new energy future but one that’s full of bumps, potholes, blind curves, and dead ends. Better to end the subsides, the credits, and the cronyism now and to let the people who really know something about energy production lead the way to a more energy efficient, cheaper, and brighter future.

Peter Roff is a senior fellow at Frontiers of Freedom, a non-profit organization and conservative think tank dedicated to finding free-market solutions to public policy questions. He appears regularly offering commentary on national events on radio and on cable’s One America Network.