Freedom Centers Constitutional and Political Freedom To save lives, reform the FDA ...

To save lives, reform the FDA 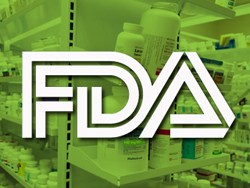 America has the best health care system in the world. The same freedoms we all enjoy that produce innovations and advancement in technology, in manufacturing, in finance, in science also combine to lift what the nation’s medical community has to offer well above what is available in the rest of the world.

Recently, the deciphering of the human genome has sparked a serious of advancement in mankind’s understand of the way the human body works which, in turn, is creating new and exciting breakthroughs in the treatment of illness.

Many, like the Manhattan Institute’s Peter Huber, believe America is poised on the edge of a new era of personalized medicine arising from the ability to understand diseases and the drugs that made be used to treat them at the molecular level.

The single biggest impediment to these advances may be the very same agency that is charged with protecting the American people from patent medicine rip-offs and home-based cures that are based more on folk wisdom than science.

The facts, as ABC News recently informed people when it reported “New Drug Approvals for FDA Declined in 2013,” are clear. In the name of keeping us healthy, the U.S. Food and Drug Administration may be condemning people to death.

How can that be? Call it, for want of a better term, a lack of humanity and meaningful cost benefit analysis in the drug approval process.

Already cumbersome, costly, and time consuming, it eliminates the human element in one very important area: The agency makes it virtually impossible for people who are already sick and already dying to – with the consent of their medical team – experiment on themselves even when a drug or vaccine shows great promise or could even be considered, as the rest of us might understand the term, to be proven to work.

Right now there is readily available in the United States a vaccine for every serogroup of meningitis except for Meningitis Type B, a strain that accounted for roughly one-third of all meningococcal cases reported in the last year.

When a student at Princeton was found to have contracted MenB in March of 2013, university officials were therefore unable to obtain in quantity a vaccine to immunize other collegians against the disease – even though one exists and has been proven to work in Australia, Canada and the European Union.

Since then at least 11 more students at two college campuses have contracted MenB.

The FDA, meanwhile, has for years been withholding approval from Bexsero, the only identified vaccine that protects against this particular disease.

Instead of having something on the shelf ready to go in case of an outbreak, everyone is left vulnerable because the federal agency in charge of making sure drugs are safe has chosen not to license a proven antidote to a potentially life-threatening illness that strikes almost without warning, is prevalent on college campuses and, even if it doesn’t kill can leave those who had it severely disabled.

The FDA has not explained why this particular vaccine has not been given final approval. Even so the prestigious Centers for Disease Control in Atlanta has endorsed Bexsero as a safe and effective, saying it “covers 91 percent of circulating strains” and that “lab testing has been done to confirm that the vaccine will help protect against the exact strain of meningococcal bacteria” that caused the Princeton outbreak.

At the risk of a bad pun, the number of drugs and medical devices that have yet to receive the FDA’s approval are approaching epidemic levels – at least to those who see a potential cure for what ails them just over the horizon but cannot reach it.

Huber, the author of “The Cure in the Code: How 20th Century Law Is Undermining 21st Century Medicine,” suggests the FDA as an institution is at fault.

In a recent interview with U.S. News and World Report he told the magazine, “[the protocols these institutions are using, they’re now 50 years old. I think agencies develop some inertia. They get very good at doing something they’ve done for a long time and, when revolutionary change occurs, it’s difficult to adapt.”

What has happened with Bexsero argues strongly for a total overhaul of the drug approval process just as what happened with Thalidomide in the 1960s made the case for stronger controls and more rigorous review.

Technology has advanced to the point where it is possible to know more about how people will react to medications which in turn makes it easier to spot dangers early on.

Yet the FDA, Huber said, “is still largely stuck in trial protocols that do not let us exploit fully our ability to tailor drugs precisely to the patient’s molecular profiles” adding, “The only way you can find out how a drug is going to interact with different profiles is actually to prescribe it to the patients.”

Whether it’s Bexsero or some other vaccine – or potentially life-saving curative for a fatal disease – should doctors, patients and even public health officials have the option of making informed choices about whether they think something is safe.

The case for Bexsero is perhaps stronger than for other drug currently under review but shouldn’t people who have no approved alternatives available to them be given the option of trying something even though a greater risk may be involved? It’s hard to imagine how the outcome could be any worse than the already determined prognosis.

Peter Roff is a senior fellow at Frontiers of Freedom, a group promoting consumer choice throughout the marketplace. This article appeared at FoxNews.