Freedom Centers Constitutional and Political Freedom Up to 5.7 Million Noncitizens Voted in Past Presid ...

Up to 5.7 Million Noncitizens Voted in Past Presidential Elections, Study Finds 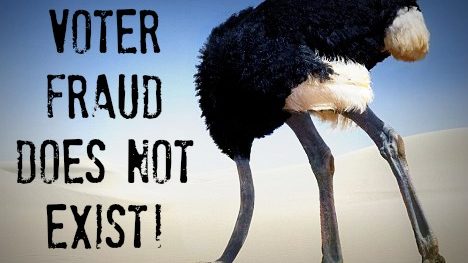 As many as 5.7 million noncitizens voted in the 2008 election and potentially more voted in 2016, according to a new study by Just Facts, a New Jersey-based research group, drawing on information from other studies.

The study—based on data compiled from Harvard University’s Cooperative Congressional Election Study, an analysis published in the journal Electoral Studies co-authored by Old Dominion University faculty, and Census data—also provides some support for what then-President-elect Donald Trump tweeted in late November, when he asserted he won the popular vote if the fraudulent votes were deducted. The Just Facts study did not look specifically at 2016.

The study by Just Facts, which identifies its point of view as conservative/libertarian, but says it maintains independent inquiry, determined as few as 594,000 and as many as 5.7 million noncitizens voted in 2008, in the race between Democrat Barack Obama and Republican John McCain. Eighty-two percent of noncitizens who admitted to voting in a survey said “I definitely voted” for Obama.

An estimate from 2012, which the study finds to have less complete data, is between 1 million and 3.6 million noncitizens registered to vote or voted, including both the “self declared” and the “database-matched” populations.

Democrat Hillary Clinton won the popular vote over Trump by about 2.9 million votes in 2016.

Previously, an Old Dominion University professor’s analysis found that, extrapolating on a more extensive 2014 study, an estimated 800,000 noncitizensvoted in the 2016 election—falling well short of enough to affect the popular vote.

James Agresti, president of Just Facts, was cautious about stating whether this would have changed the result of the popular vote in the 2016 election.  He concluded it is likely the number of noncitizen voters in the most recent presidential election was higher than eight years ago.

When asked if noncitizen voters changed the popular vote outcome in 2016, he said, “There is a distinct possibility.”

“The 3 million vote margin would be smack in the middle,” Agresti told The Daily Signal. “I don’t want to say it would. There are a lot of uncertainties. It’s possible.”

There are two ways of looking at the noncitizen voting figures for 2012, Agresti said. Based on the Harvard and Census data, between 1 million and 2.6 million noncitizens voted under “self-declared.” However, there are between 1.2 million and 3.6 million “database-matched” noncitizens who voted that year. So the full range is 1 million to 3.6 million. Because of the overlapping information, Agresti is particularly cautious about drawing conclusions here.

“Just Facts does not have all the data needed to calculate inclusive figures for the 2012 election, so these figures are undercounts,” Agresti said.

Hans von Spakovsky, a senior legal fellow at The Heritage Foundation who has written extensively about voter fraud, was not very familiar with Just Facts, but he said if the findings were true, it lends more evidence to a growing problem.

“This is just another indication of how serious the problem may be and why it is even more important to investigate the possibility of noncitizens voting,” von Spakovsky told The Daily Signal.

The difference between the Just Facts finding and the estimate from Old Dominion University research is likely because of a different methodology, said Jesse Richman, an associate professor of political science at Old Dominion University, who did the aforementioned study that arrived at 800,000 noncitizen votes in the 2016 election.

“My impression is that the differences arise principally from the different assumptions we made about how to treat individuals for whom there was some ambiguity about whether they voted or not, e.g. individuals who said they didn’t vote but had a validated vote, etc.,” Richman told The Daily Signal in an email. “There are a variety of assumptioans one could make about how to treat those individuals, and my general impression is that this is the main thing driving the differences between our results.”

Richman’s figure was based on the 2014 study he co-authored that looked at noncitizen voting in the 2008 and 2010 elections. Richman applied the methodology from the study of those years to arrive at an estimated 800,000 noncitizen voters in 2016.