Freedom Centers Defending Freedom US Can Advance Its Interests With Bulgaria as an A ... 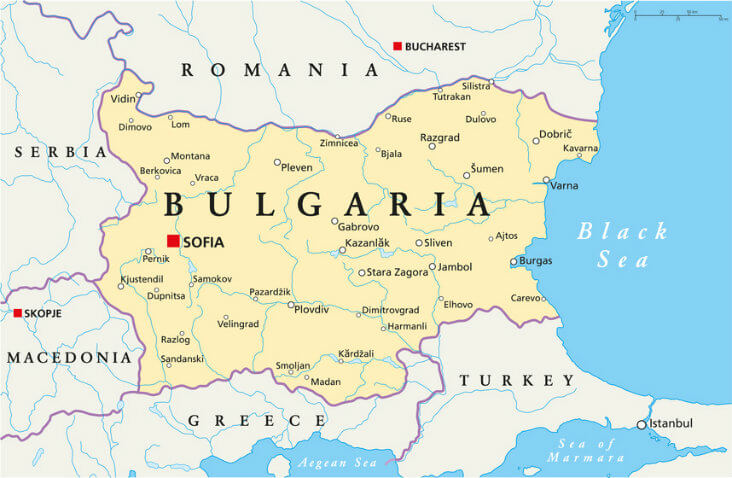 There are European leaders who talk openly of replacing NATO. They seem upset that America is expecting them to keep their treaty obligation to spend 2 percent of the Gross Domestic Product (GDP) on defense. In stark contrast, Bulgaria’s ruling GERB Party strongly backs NATO and the United States. Bulgaria is putting its money where its mouth is — agreeing to NATO’s financial commitments.

In fact, Bulgaria is interested in purchasing military hardware in competitive bids from American companies. This is an important shift, because historically their military hardware has been of Soviet or Russian origin.

We need to welcome these developments, not ignore them.

Bulgaria is strategically located in the Balkans and close to the Mideast. In Southeast Europe, it borders with Turkey, Serbia, Romania, Macedonia, Greece, and Russia across the Black Sea. Bulgaria has hosted American military aircraft used in the war on terror since 2001. The U.S. Air Force now operates multiple important strategic air bases there.

Bulgaria has also expressed a willingness to host other strategic military bases. Bulgaria’s actions have proven its intentions.

Bulgaria is at the crossroads of the Mideast and Europe, as well as the intersection of Europe and Russia. It can play an important role in helping Europe become less dependent on Putin’s Russian natural gas through energy diversification and pipeline networks. Since America has the technology, liquefied natural gas, and aligned interests, this is a good partnership.

Bulgaria is a nation of rich culture and history. Most of the world’s great empires had a footprint that included Bulgaria. It’s now a modern, stable constitutional parliamentary democracy with a market-based economy. It has the lowest corporate and personal income tax rates in all of Europe — at only 10 percent. Perhaps we could get our Congress to follow their example.

Bulgaria is a prime location for tourism given its inexpensive resorts in beautiful mountains and sea shores and its rich and varied history. The governing GERB Party wants a closer and deeper relationship with the United States.

Under the leadership of Prime Minister Boyko Borisov, GERB is making important reforms that are required after generations of communist corruption and domination. Bulgaria has been a strong ally in fighting organized crime, money laundering, and international terrorism.

Bulgaria has become a stable democracy with GERB winning four straight elections while making needed reforms and strengthening the economy. But this stability shouldn’t be taken for granted. There are adverse political currents that would like to align more with Moscow. They can argue that they have a relationship with Putin. We must make sure that leaders trying to reform Bulgaria have friends and allies in America, in both the government and business worlds.

Those who align with Moscow want to win back public support by claiming they can call upon Putin when needed. To counter this, we must make sure that forward thinking, reform-minded leaders can also tell the Bulgarian people that they have friends in Washington, D.C.

Reformers need to be able to say that they know and can call members of Congress, cabinet secretaries, President Trump, and Vice President Pence. This would make it difficult for those who would take Bulgaria in retreat backwards toward Moscow.

Few nations have done more to send the message that they want a closer, cooperative relationship. American businesses should consider doing business there. Members of Congress should invite Bulgarian leaders to visit the United States.

Likewise, congressional leaders should visit Bulgaria to build strong, cooperative relationships. President Trump and Vice President Pence should add Bulgaria to its list of places to visit when it is in the neighborhood.

It would send the wrong message to our friends in Bulgaria and to Putin’s allies to visit a neighboring nation and somehow skip over Bulgaria. It’s time to make the effort to cultivate a deep friendship. The costs are near zero and the potential benefits could be felt for generations — on both sides of the Atlantic.