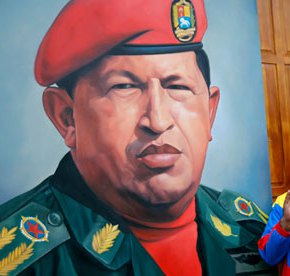 The recent post-Chavez presidential election in Venezuela clearly placed the country on a ruinous political, economic and social quicksand.  The questionable razor-thin victory of Chavez’s handpicked successor Nicholas Maduro and the relative strength of his opponent Henrique Capriles show that the electorate was almost evenly split between its determination to uphold the status quo and its desire for essential changes in government.  President Maduro faces the difficult task of attempting to maintain a regime that half of the Venezuelan people do not want.

Hugo Chavez’s “Bolivarian Revolution” – a macabre mixture of his unworkable “21st century socialism” and autocratic nationalism – foreshadowed the predictable failure of this idiotic political enterprise.  As a result, he bequeathed to the new president a country that is on the brink of total collapse.  Thus, in spite of its estimated three hundred billion barrels oil reserves, Venezuela is bereft of widespread shortages of basic foods, essential services and a significantly overvalued currency.  Moreover, Chavez’s “socialist paradise” boasts one of the world’s highest inflation rates, skyrocketing unemployment, with the accompanying curse of indiscriminate violence.

The secret to Chavez’s political survival at home and larger-than-life image abroad was his ability to present his autocracy as a unique form of democracy.  During his reign, he alone was the government, but he succeeded to convey the impression that he is fighting against himself and for the people who, in turn, were oppressed by him.  In reality, chavismo transformed democracy into a fraud.

Based on his previous actions and statements, President Maduro will most probably uphold this fraudulent fiction.  Yet, without the charisma of his predecessor and with his incompetence and inexperience, Maduro’s reign will be dominated increasingly by fear and hatred.  The more he feels threatened the more he will turn his hatred into a moral justification to protect his powers.  Moreover, as conditions will continue to deteriorate, he will employ extreme nationalism to maintain his fragile legitimacy.  Such an extreme nationalism combined with a sinister morality of hatred will turn chavismo on its head.  No longer will politics control hatred, but hatred will shape politics.  And herein lies the danger of Maduro’s presidency for the United States, the region and the rest of the world.  Under him, Venezuela will become even more unpredictable than it was before.  The level of his hatred will surely rise as Venezuela rapidly descends into bloody chaos and even civil war.  Weighted down as it is by political weakness, economic catastrophe and an increasingly restless citizenry, will President Maduro survive even in the short run?

Venezuela can be saved only from this unsavory collection of perfect political idiots who destroy their own country for the sake of an equally idiotic ideology if American policy makers realize that chavismo is essentially like a chronic disease.  Accordingly, the single most important issue to guide American decision makers is this:  “When you are confronted by an evil regime that faces imminent collapse, you should not court the designated successor who would never become a part of the solution.”

The current complicity of the Obama Administration with Latin American Marxism in general and Venezuela’s oligarchs in particular, reveals the former’s total cluelessness in the face of systematic oppression, officially sanctioned latent violence and cynical exploitation of social justice.  The most charitable way of explaining President Obama’s benign neglect is that essentially he employed Chavez’s rhetoric of politics of hatred and class warfare in his two campaigns.  Understandably, being sympathetic to chavismo did not help President Obama to get both the diagnosis and the policy right.

The correct policy toward Maduro’s Venezuela, therefore, should be proactive confrontation.  In Latin America, with the notable exception of Bolivia’s Evo Morales and Ecuador’s Rafael Corea, chavismo is already written off as a political and economic blind alley.  However, the other countries pursue policies that are barely distinguishable from European social democracy.  While such developments are generally positive, because they further the political maturity of the Latin American Left, they also harbor the risk of   economic stagnation.  Allowing the survival of chavismo under President Maduro would mean the continuation of the culture war between the forces of real progress desirous to institutionalize democracy and those who are committed to destroy it.  The United States and the people of the continent cannot afford such a protracted struggle.  The choice is between sluggish economic performance and even ruin and prosperity and political stability.

Politics is about national interests based on the moral fabric of society.  Although no country is perfect, the United States is still the most decent nation on earth.  In this critical juncture of Venezuela’s and the continent’s history, two approaches, complementary to each other, are needed.  First, the United States must avoid the mistakes that brought about the political and economic instability in Central and South America.  Second, punish politically and economically the perpetrators of political chaos.  For a great nation that aims at liberating mankind from tyranny, must always recognize and fight the agents of oppression and destruction.  Otherwise, it would be impossible for the United States to preserve and transmit the principles of freedom, human dignity and economic prosperity.  The defense of these principles is the most serious and important of all policies.