Freedom Centers Economic Freedom Wages Soar Fastest among Those with the Least ...

Wages Soar Fastest among Those with the Least

A bipartisan plan to erase barriers to equity ownership would be productive and beautiful. 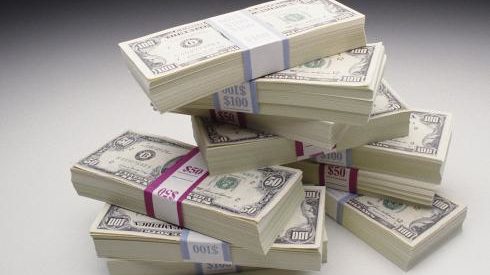 It’s an article of liberal faith: Thanks to President Donald Trump’s $1.5 trillion Tax Cuts and Jobs Act, the prosecco is popping on Wall Street, while the unsold Pepsi gathers dust on Main Street, where Americans are too poor to buy soft drinks.

Americans “are sick and tired of the income and wealth inequality that sees the rich getting much richer,” Senator Bernie Sanders (I., Vt.) told CapitalAndMain.com last month.

“Wages have largely stagnated,” the campaign website of Senator Elizabeth Warren (D., Mass.) complains, while “fundamental changes in our economy have left millions of working families hanging on by their fingernails.”

These grim, lachrymose myths cannot mask this incredibly upbeat fact: The sparkling wine is flowing on Wall and Main streets, and it’s running more rapidly on Main, where take-home pay is expanding the most among those with the least.

Between November 2018 and November 2019, overall median wage growth climbed 3.6 percent, a healthy pace that should lift spirits, too. Those in the bottom 25 percent saw wages advance 4.5 percent, while the top 25 percent lagged, with pay rising just 2.9 percent. This is the 180-degree exact opposite of what Democrats relentlessly bellow. They have equal access to the Atlanta Fed’s website. This confirms their rank dishonesty.

For further sanguine results of Trumponomics, see Sentier Research’s analysis of the Census Bureau’s Current Population Survey. Sentier clocked U.S. median household income last November at $66,043 — $5,070 higher than this key metric’s position when President Trump was inaugurated on January 20, 2017: $60,973. This 8.3 percent increase in middle-class income in less than three years crushes the two-term, eight-year performances of Obama ($1,043, up 1.7 percent) and G. W. Bush (an emaciated $401, or a paltry 0.7 percent boost).

Today’s Employment Situation also is encouraging. As the Bureau of Labor Statistics reported at 8:30 a.m., the unemployment rate remains steady at 3.5 percent, maintaining the lowest joblessness level since 1969 — Richard Nixon’s first year in office. Employers created 145,000 new jobs last month, a healthy, if not breathtaking, number. And 2.9 percent wage growth, from December 2018 to December 2019, lags the Atlanta Fed’s figures but still approximates the 3 percent mark that seems to trigger warmth and toastiness. Scarlett O’Hara’s words should soothe any naysayers here: “Tomorrow is another day.”

Then, Democrats should make this challenge to Republicans. The 55 percent of Americans who are in the stock markets, per Gallup, are seeing their portfolios soar, as the S&P 500, Dow Jones Industrial Average, and Nasdaq break records. Since Trump’s victory, these markets have rocketed 53 percent, 58 percent, and 77 percent, respectively, as of Thursday’s highest-ever closing bells.

But the 45 percent of Americans who own no stocks — directly or as part of 401(k)s or IRA accounts — are missing this bonanza.

Democrats should ask Republicans to work with them to make it as easy as possible for those not invested in the stock market to buy in. A bipartisan plan to erase barriers to equity ownership would be productive and beautiful.

Conversely, Democrats can keep weeping among themselves as their have-not base actually grows richer more swiftly than the haves the Democrats love to hate.