Ruth Bader Ginsburg, the Supreme Court, and the future of American democracy 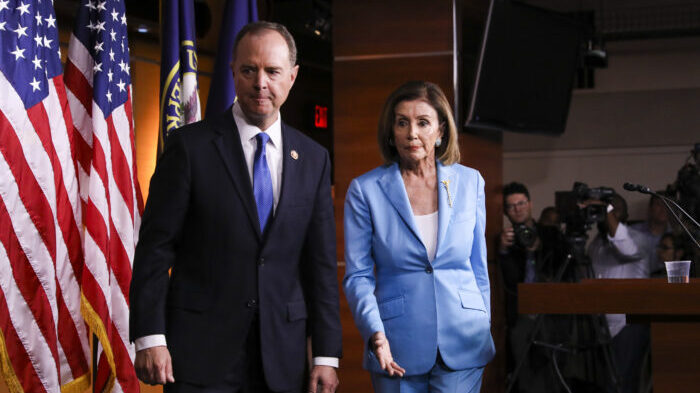 The death of Ruth Bader Ginsburg has clarified what is at stake in the 2020 election. It is not, as some believe, democracy itself. Nor is it, as others assume, our continued existence as a nation. Democracy will survive Donald Trump, and the United States of America will outlast Joe Biden. The question that 2020 will help to answer is what sort of democracy, and what sort of nation, America will be as it prepares to enter the second quarter of the 21st century.

The reaction to Ginsburg’s death, and to Republican plans to fill her seat on the Supreme Court, underscores the choice before the electorate: Does it prefer to live in a democratic republic ordered toward the principles of the Founders and the constitutional structure they designed to protect individual liberty? Or would it rather dwell in a plebiscitary democracy where the original meaning of the Constitution, when it is not explicitly repudiated, is politely overlooked in order to satisfy ever more radical egalitarian demands?

Needless to say, the answer is up in the air, and has been for some time. But we may be nearing a settlement, one way or another. The civil unrest of the past several months has made unignorable the existence of a large body of opinion that holds something is terribly wrong with America as founded, something that cannot be redeemed, and that American history and American institutions must be drastically revised to atone for the injustices committed against racial minorities. President Trump, in his inimitable way, has made the opposite argument, and called for a renewed appreciation of the American story and a resurgence of national pride.

Ginsburg’s passing heightened the tension. Suddenly an abstract cultural debate was transformed into a concrete political-legal struggle, and the prospect of lasting victory for one team (Trump and Mitch McConnell’s) looked real. The fight over the Supreme Court vacancy Ginsburg left behind also illuminated the lengths to which some progressives are prepared to go to make real their vision of the future. And it is in their openness to institutional upheaval that the real import of this election may be found. If enacted, the measures these Democrats propose would warp our constitutional system. They would turn the American government into a creature far different from the one the Founders made. This would be the upshot of the “structural reform” that, until the last week, lived mainly on Twitter and in the heads of policy wonks.

These Democrats say that, if President Trump’s nominee to replace Ginsburg is confirmed, and next year brings a Democratic president and a Democratic Senate, then the first order of business for the new government, in the middle of a pandemic and a troubled economy, will be abolishing the legislative filibuster and packing the Supreme Court by adding anywhere from two to four justices. Such a move, which even the greatest president of the 20th century was unable to achieve, would polarize this country even more than it already is, and delegitimize the Court in the eyes of millions. But it is just the start of what some on the Democratic left would like to accomplish.

The Electoral College has been on the chopping block since 2000. If it goes the way of the dodo, presidential campaigns thereafter will be determined by who has the greatest allegiance in the biggest cities of the largest states. To override the supposed Republican advantage in the Senate, where every state enjoys equal representation, some progressives would grant statehood to Washington, D.C., and to Puerto Rico, and maybe Guam and American Samoa while they’re at it. These changes would make it much easier for Congress to eliminate private health insurance, enact universal vote by mail, “decarbonize” the economy, grant citizenship to illegal immigrants and voting rights to noncitizens, suppress political speech, resume taxpayer funding of abortion, and cross out the Second Amendment. The sheer number of bad ideas in play would be overwhelming.

Now it is true that at least the first item on this agenda would be debated according to the present rules. And the multiple veto points within the American kludgeocracy would no doubt interfere with, and sometimes upend, the boldest plans of the progressive Democrats. It is also the case that incorporating new states gives rise to challenges both constitutional (are we really willing to grant the remaining residents of the federal District of Columbia—the first family—three electoral votes?) as well as political (does Puerto Rico even want to be a state?). But the very fact that we are having this conversation at all—and that Biden, at this writing, has neither ruled out the court-packing scheme nor said whom he would nominate to the Court—ought seriously to worry defenders of the Founders’ Constitution.

In 1963, in the first chapter of The Conservative Affirmation, Willmoore Kendall offered his definition of American conservatism. Conservatives, Kendall wrote, oppose the “Liberal Revolution” that would replace representative government with majoritarian democracy:

Put an end, the Liberals insist, to ‘rural overrepresentation’ in the lower house of Congress and in the state legislatures—bringing them in line with the principle one-man one-equal-vote. And that principle, once adopted (it is French political philosophy, not American), must call finally for abolition even of the U.S. Senate as a check on majorities, and would in any case make the House the creature of numerical majorities at the polls. Abolish the electoral college, the Liberals insist further, and so make the President also the direct agent of the popular majority. Reform the party system, the liberals insist still further, so that each of our parties shall be programmatic, ideological—like those of the ‘real’ democracies in Europe—and that the two parties together shall submit, at election time, a genuine choice to the electorate. Abolish the filibuster—so runs the next point in the program—because it frustrates, serves no other function except to frustrate, the will of the majority. Rescind the seniority-principle in congressional committees, the program continues; it also obstructs the will of the majority. Now give the Liberal attackers their way on all these points, and the form of government explicated in the Federalist Papers will be no more.