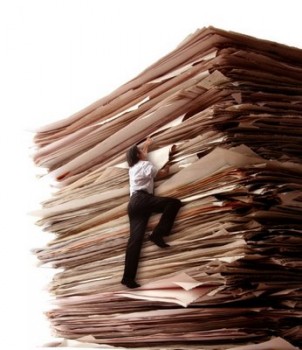 To avoid adversely impacting the economy before the 2012 election, Obama delayed new rules and regulations on everything from ObamaCare to new environmental and workplace regulations.

The White House systematically delayed enacting a series of rules on the environment, worker safety and health care to prevent them from becoming points of contention before the 2012 election, according to documents and interviews with current and former administration officials.

Some agency officials were instructed to hold off submitting proposals to the White House for up to a year to ensure that they would not be issued before voters went to the polls, the current and former officials said.

The delays meant that rules were postponed or never issued. The stalled regulations included crucial elements of the Affordable Care Act, what bodies of water deserved federal protection, pollution controls for industrial boilers and limits on dangerous silica exposure in the workplace.

The Obama administration has repeatedly said that any delays until after the election were coincidental and that such decisions were made without regard to politics. But seven current and former administration officials told The Washington Post that the motives behind many of the delays were clearly political, as Obama’s top aides focused on avoiding controversy before his reelection.

The number and scope of delays under Obama went well beyond those of his predecessors, who helped shape rules but did not have the same formalized controls, said current and former officials who spoke on the condition of anonymity because of the sensitivity of the topic.

Those findings are bolstered by a new report from the Administrative Conference of the United States (ACUS), an independent agency that advises the federal government on regulatory issues. The report is based on anonymous interviews with more than a dozen senior agency officials who worked with the Office of Information and Regulatory Affairs (OIRA), which oversees the implementation of federal rules.

The report said internal reviews of proposed regulatory changes “took longer in 2011 and 2012 because of concerns about the agencies issuing costly or controversial rules prior to the November 2012 election.”

Ronald White, who directs regulatory policy at the advocacy group Center for Effective Government, said the “overt manipulation of the regulatory review process by a small White House office” raises questions about how the government writes regulations. He said the amount of time it took the White House to review proposed rules was “particularly egregious over the past two years.”

The recent decision to bring on Democratic strategist John Podesta as a senior White House adviser is likely to accelerate the number of new rules and executive orders, given Podesta’s long-standing support for using executive action to achieve the president’s goals despite congressional opposition.

Sen. Richard Blumenthal (D-Conn.), who chairs the Judiciary Subcommittee on Oversight, Federal Rights and Agency Action, said he’s concerned about the real-world impact of the postponements in the first term.

The officials interviewed for the ACUS report, whose names were withheld from publication by the study authors, said that starting in 2012 they had to meet with an OIRA desk officer before submitting each significant rule for formal review. They called the sessions “Mother-may-I” meetings, according to the study.

The accounts were echoed by four Obama administration political appointees and three career officials interviewed by The Post.

At the Environmental Protection Agency, for example, a former official said that only two managers had the authority to request a major rule in 2012: then-administrator Lisa P. Jackson and deputy administrator Bob Perciasepe. Perciasepe and OIRA’s director at the time, Cass Sunstein, would have “weekly and sometimes semi-weekly discussions” to discuss rules that affected the economy, one said, because they had political consequences, the person said.

“As we entered the run-up to the election, the word went out the White House was not anxious to review new rules,” the former official said.

Juliet Eilperin is a longtime reporter for The Washington Post.