Whitewashing the Horrors of Communism 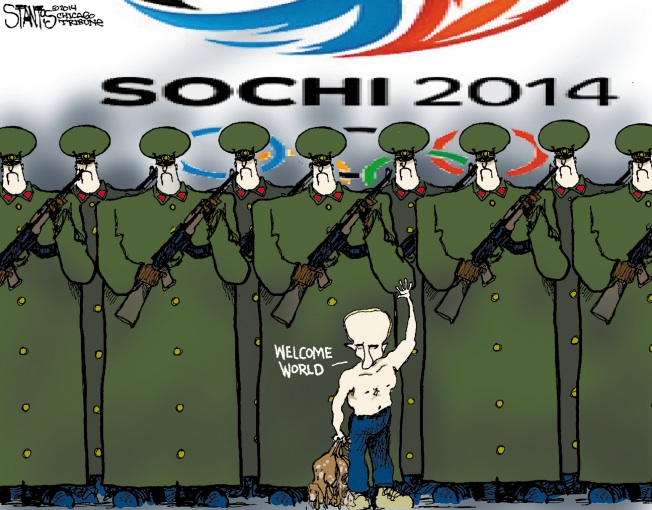 NBC should be ashamed of the way it’s covering up Soviet horrors.

Is there some kind of unwritten law that says the IQ of a sportscaster can be no higher than the average combined score of the ten previous Super Bowls? After listening to NBC’s Bob Costas speak fawningly about the history of the former Soviet Union during the opening of the 2014 Winter Olympic Games in Sochi, you really have to wonder.

As part of his color commentary, Costas called the 1917 Russian Revolution that eventually brought Lenin to power a “pivotal moment” in history. He did so, however, in a manner that glossed over just why that was the case. It should never be forgotten that more than 100 million people around the world – and that’s a conservative estimate – died as a result of what that one event put into play.

Reporters have been telling lies about what the Soviets and their allies did for years. From the New York Times’ Walter Duranty and Herbert Matthews – who wrote admiringly about Stalin and Fidel Castro – to television’s contemporary “superstar” journalists, far too many of those in whom rests the responsibility for telling the truth about world events have slanted their coverage in ways that benefited communist aims. Even today, the New York Times refuses to return the Pulitzer Prize Duranty won in 1932 for his dishonest account of the mass starvation in Ukraine.

In failing to address just what it was that made communism so evil, Costas and his like are doing a grave disservice to humanity. To put it another way, what they are doing would be like covering some future Olympics in Berlin without ever mentioning World War II.

If there’s a difference, it’s that the world still knows what Hitler did but remains confused, thanks to the lackadaisical efforts of western journalists like Costas, about just why Lenin and Stalin and Soviet communism should be regarded as at least an equal if not in fact a greater evil.

Even Meredith Vieira, the generally inoffensive former anchor of “The Today Show,” got into the act when spoke on air of her guide Lyubov, who “reappeared one last time holding onto a red balloon which represents the end of the 20th century dream,” something she called “a bittersweet moment.” She probably doesn’t remember, or no one has ever told her, that the “20th century dream” was the annihilation of the West. Nikita Khrushchev may have been wrong when he told a group of western ambassadors in 1956 that “we will bury you,” but he meant it nonetheless.

The Russians may no longer be an intractable enemy of freedom or, for that matter, of the United States and the West, but that is not a license to overlook the dark, despicable, dehumanizing reality with which the world was forced to deal between 1917 and 1989 when the Berlin Wall final came down. By breezing past it, Costas and the others on NBC’s broadcasting team are doing a disservice to humanity, to history and to truth.