Britain is reclaiming its agency as a self-governing nation. Its example will reverberate throughout Europe. 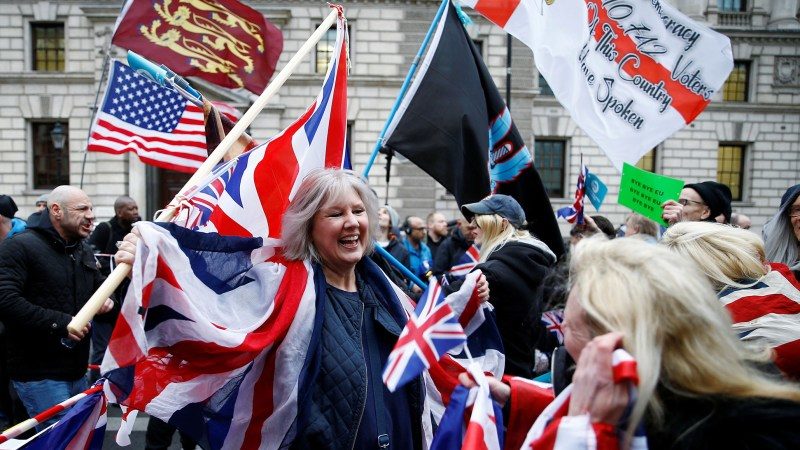 Because European Union business runs on Brussels time, the United Kingdom will be leaving the EU at precisely 11 p.m. GMT Friday. (If you’re in New York and want to tip your glass to our newly sovereign friends, that’s 6 p.m. EST.) In my own, perhaps peculiar view, Brexit is the most important moment for democracy since 1989.

If the European Union were merely the European Market, Brexit would be foolish: The United Kingdom has enjoyed a kind of privileged access to the Common Market because it retains its own powerful currency rather than the Euro, which in reality is managed on behalf of Germany and against the interests of Southern Europe. But the European Union is not just a market but a political project, really a kind of institutionalized utopian project.

European Council president Donald Tusk said, “I fear Brexit could be the beginning of the destruction of not only the EU but also Western political civilization in its entirety.” It’s easy to point and laugh at such an extravagant statement, but Tusk was verbalizing the incredible challenge Brexit presents to a certain kind of European mind, a mind conditioned to the idea that democracy inheres not in popular sovereignty — democratic peoples governing themselves — but in the elite administration of human rights, insulated from democratic passions and prejudices.

It is this worldview that has shaped the construction of the European Union. The EU is governed by an unelected Commission and an unelected Court, both joined to an elected Parliament with no real legislative power. Can you impeach a European commissioner? Can you vote for one? Or vote to remove one? No, non, nein!

The European project that the Commission promotes and protects is guided by a spirit of ever-closer union, not the laws and treaties it makes. The European Union does not respect votes that go against that spirit, such as Ireland’s vote against the Lisbon treaty; instead, it forces reruns. It does not respect its own commitments, either: Angela Merkel’s welcome to 1 million refugees and migrants in 2015 totally blew apart the supposedly solemn Dublin Accords. It plays favorites: The pro-EU Emmanuel Macron is allowed to temporarily blow through the budgeting and debt requirements imposed on member states, but those same requirements are enforced with fervor against populists such as Italy’s Matteo Salvini. And it has no qualms about interfering in the politics of its member states: During the Euro crisis, recalcitrant national governments in Italy and Greece were replaced by a combination of pressure from above in the form of the Commission and the European Central Bank, and from sideways in the form of captured native interests.

In short, untethered from real democratic input, the EU at once suffocates European life with regulation and unmoors it with lawless caprice.

The response of the European Union to Brexit isn’t rebuke and repentance, a newfound willingness to accede to the wishes of the democratic peoples within it. No, it’s doubling down. MEP Guy Verhofstadt has said that Brexit has underscored the need to “make it into a real Union, a Union without opt-in, without opt-outs, without rebates, without exceptions. Only then we can defend our interests and defend our values.”

Lest you dismiss his words as empty, it is Verhofstadt who has been chosen to lead the next Conference on the Future of Europe, which is already preparing to recommend removing the last true badges of sovereign and democratic control from national parliaments: their freedom to tax and appropriate money as they see fit. Doing this is likely necessary to save the Euro. But the price is the loss of self-government on the continent where self-government was born into this world. Having bought off almost every party save for nationalists and populists, the European Union is, ironically, guaranteeing the very thing it was created to stop: the ascendance of nationalist parties to domination of Europe.

Brexit is not just a way to preserve British democracy by restoring independence and sovereignty to the United Kingdom’s Parliament. It is a way of recovering the very things a democratic constitution enables: the conciliation of diverse interests and the political moderation of the people that comes with it.

Our friends are escaping the Brussels nomenklatura. They are demystifying the supposed “arc” of history, a bit of superstition used to rob democratic peoples of real agency. There are many dangers Britain may yet face, but it will be all the better for facing them as a free, independent, and self-governing nation.