Freedom Centers Constitutional and Political Freedom Why Businesses Should Stay Out of Politics ...

Why Businesses Should Stay Out of Politics 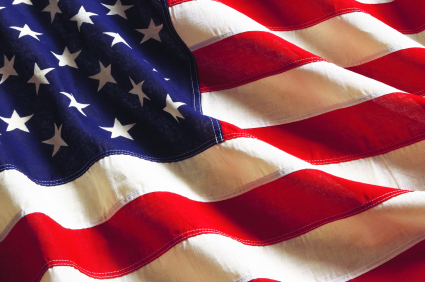 Remember when companies tried to stay out of politics? I’d imagine Delta Air Lines is recalling those days very fondly. The airline bowed to pressure from liberal activists to stop offering a group discount to the National Rifle Association’s annual convention. Now it’s facing a backlash from Georgia Republicans. Given that Delta’s headquarters and biggest hub are in Atlanta, that’s a big problem.

Delta is wanly protesting that it wasn’t trying to make a political statement but to keep out of politics altogether. But it ended the discount in response to a political pressure campaign. And the company made a point of announcing its decision on Twitter, rather than quietly informing the NRA. If anyone at Delta thought that this wouldn’t be taken as a swipe at the NRA, that person really needs to make some time to meet a few human beings while visiting our planet.

Indeed, that was the point. NRA finances aren’t going to be devastated because members no longer get a small discount to attend its convention. Nor will NRA members stop supporting gun rights because Delta declares them unworthy of a cut-rate fare. They’re more likely to look for another airline.

The true aim of this exercise is stigma, not economic warfare. I suspect that Delta understood this, and simply miscalculated the risk of backlash.

Or perhaps it realized it no longer had the option of staying out of politics. FedEx, after all, refused to drop the NRA from its discount program in the face of similar pressure, declaring that the firm “has never set or changed rates for any of our millions of customers around the world in response to their politics, beliefs or positions on issues.” Now there are calls to boycott FedEx.

Why are we so eager to enlist companies in political battles? Ever since the Supreme Court’s Citizens United decision struck down key parts of the McCain-Feingold campaign-finance legislation, progressives have been angrily deriding conservatives for supposedly believing that “corpor­ations are people.” But if public corpor­ations are not people, why should they have political opinions?

Well, because politics, and identity, have already leached into our business relations, as retail markets have segmented into ever more rarefied niches. Fifty years ago, almost everyone — from the working class to the affluent — bought basically the same kinds of goods at the same few stores. Now we “shop our demographic” and, increasingly, our politics: Liberals can eat at Starbucks and Panera Bread while conservatives dine on Papa John’s and Chik-fil-A; crafters can split between Hobby Lobby and Michaels, and you can clothe yourself with blue-state American Apparel or red-state Rue21.

Even mail-order spices have become political, after Bill Penzey of Penzeys Spices decided to make some rather angry remarks about Trump voters. Rival firm The Spice House (amusingly, co-owned by Penzey’s sister, Patty Erd), capitalized on the backlash by emphasizing that it, for one, would be staying out of politics. But as with Delta, this wasn’t exactly perceived as apolitical, and so now we, as a country, have both a conservative and a liberal option for bulk cinnamon.

That’s all very well for relatively small market niches. But companies in industries that benefit greatly from economies of scale (such as shipping or airlines) can’t stay in business by catering to a small, fanatically partisan fan base. They need to appeal as broadly as possible. Publicly slighting millions of NRA members, and the many more millions who feel some tribal kinship with them, is unlikely to be good for any such business.

Nor is it likely to be good for the country. For what happens to an increasingly demographically sorted America when we no longer share even our basic commercial culture? If we can’t even fly on the same airlines or drive the same rental cars, why should New York bankers and Silicon Valley engineers pay taxes that disproportionately flow to rural red states? Why should the sons and daughters of those rural areas disproportionately staff the military that defends them? And how are these two completely separate peoples to jointly decide on the running of one vast country?

I don’t, of course, mean to suggest that a single boycott will lead to the dissolution of the Republic. The danger lies in the totalizing impulse it signifies, in which every activity, no matter how small, takes on some greater political implication. If we decide to make every single thing in our lives political, we risk becoming so estranged that we can no longer resolve our disputes through politics.