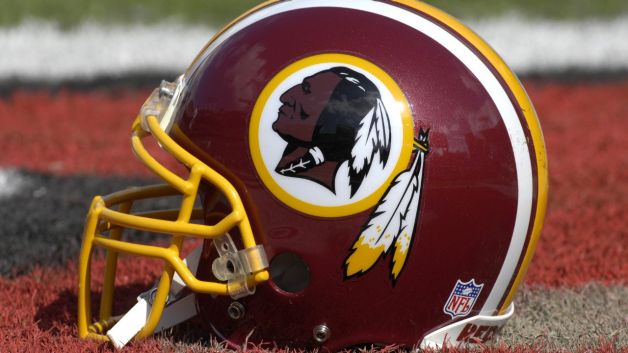 The ruling was based on a dubious argument that “redskins” is a slur against Native Americans. Well, then maybe we’d better rename the state of Oklahoma, which drew its name from Choctaw words that mean “red people.” Or maybe we should petition the US Army to decommission the attack helicopter it named after a people it defeated in 1886. Then again, forget I mentioned it. I don’t want to give anyone ideas.

This name-bullying has become a kind of sport for self-aggrandizing political activists, because if you can force everyone to change the name of something—a sports team, a city, an entire race of people—it demonstrates your power. This is true even if it makes no sense and especially if it makes no sense. How much more powerful are you if you can force people to change a name for no reason other than because they’re afraid you will vilify them?

Given the equivocal history of the term “redskins” and the differing opinions—among Native Americans as well as everyone else—over whether it is offensive, this was a subjective judgment. (One observer suggests a list of other sports names that could just as plausibly be considered offensive.) When an issue is subjective, it would be wise for the government not to take a stand and let private persuasion and market pressure sort it out.

Ah, but there’s the rub, isn’t it? This ruling happened precisely because the campaign against the Redskins has failed in the court of public opinion. The issue has become the hobby horse of a small group of lefty commentators and politicians in DC, while regular Washingtonians, the people who make up the team’s base of fans and customers, are largely indifferent. So the left resorted to one of its favorite fallbacks. If the people can’t be persuaded, use the bureaucracy—in this case, two political appointees on the Trademark Trial and Appeal Board.

That’s what is disturbing about this ruling. Our system of government depends on the impartial administration of the laws by the executive. In this case, executive officials declared that a private company doesn’t deserve the protection of the law: if the ruling survives an appeal in the courts, the federal government will stop prosecuting violations of the team’s intellectual property rights, potentially costing it millions of dollars.

This ruling isn’t a slippery slope. It’s a slope we’ve already slid down: bureaucrats in Washington are now empowered to make subjective decrees about what is offensive and what will be tolerated, based on pressure from a small clique of Washington insiders. Anyone who runs afoul of these decrees, anyone branded as regressive and politically incorrect, is declared outside the protection of the federal government.

That this is happening, and that we have no idea where it will stop, is what should terrify us—even if, like me, you don’t particularly care one way or the other about the Washington Redskins.

Robert Tracinski is a senior writer at The Federalist.