Why They’re Cheering in Tehran

The nuclear deal is an opaque 159 pages, offering sanctions relief and vague promises of inspections. 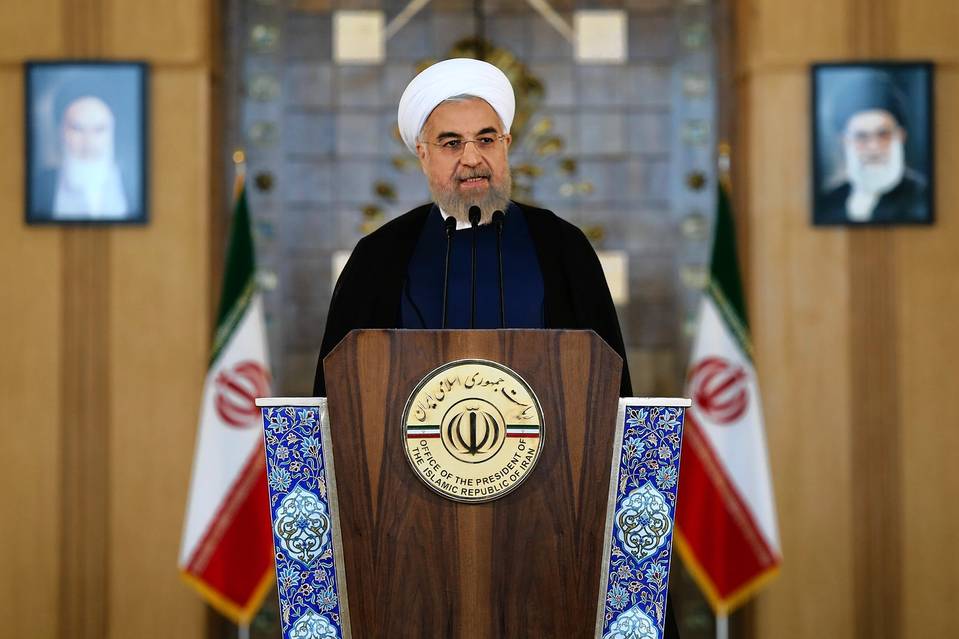 The nuclear agreement with Iran announced Tuesday is an astoundingly good deal, far surpassing the hopes of anyone . . . in Tehran. It requires Iran to reduce the number of centrifuges enriching uranium by about half, to sell most of its current uranium stockpile or “downblend” it to lower levels of enrichment, and to accept inspections (whose precise nature is yet to be specified) by the International Atomic Energy Agency, something that Supreme Leader Ali Khamenei had wanted to avoid.

But the agreement also permits Iran to phase out the first-generation centrifuges on which it now relies and focus its research and development by exclusively using a number of advanced centrifuge models many times more efficient, which has been Tehran’s plan all along. The deal will also entirely end the United Nations’ involvement in Iran’s nuclear program in 10 years, and in 15 years will lift most restrictions on the program.

Even that, though, is not Tehran’s biggest win. The main achievement of the regime’s negotiators is striking a deal that commits the West to removing almost all sanctions on Iran, including most of those imposed to reduce terrorism or to prevent weapons proliferation. Most of the sanctions are likely to end in a few months. Thus the agreement ensures that after a short delay Iran will be able to lay the groundwork for a large nuclear arsenal and, in the interim, expand its conventional military capabilities as much as the regime pleases. The supreme leader should be very proud of his team.

The agreement consists of 159 pages of opaque prose, and key sections are referred to but are not clearly marked. Even figuring out the timeline embodied in the deal is hard, but it appears to run about as follows:

“Finalization Day” was July 14. The agreement stipulates that a resolution will be submitted to the United Nations Security Council “promptly after the conclusion of the negotiations . . . for adoption without delay” that will “terminate” all preceding U.N. Security Council resolutions against Iran. The document doesn’t mention the 60-day window for review by the U.S. Congress, and the language in this section suggests that action in the U.N. will not await any congressional vote.

“Adoption Day” is the next major milestone, coming either 90 days after the approval of the Security Council resolution or “at an earlier date by mutual consent.” If the Security Council moves smartly, Adoption Day could come in October. At that point Iran commits to apply the Additional Protocol of the Nuclear Nonproliferation Treaty, which governs enhanced international inspections. But this commitment is provisional, “pending ratification by the Majlis”—the Iranian parliament. It is again noteworthy that no mention is made of any action to be taken by the U.S. Congress, despite the nod to Iran’s legislature.

Determining when “Implementation Day” happens is even more difficult, since it depends on the completion of a series of negotiations between Iran and the International Atomic Energy Agency. The timeline for those negotiations, however, is spelled out in a separate document: Discussions are to be complete by Oct. 15, 2015, and the IAEA director general will submit a final report to his board of governors by Dec. 15.

Iran at this point will be rewarded. The European Union will end a large number sanctions; President Obama will issue waivers for a number of U.S. sanctions or rescind the executive orders that imposed them. Iranian banks will be allowed back into the Society for Worldwide Interbank Financial Telecommunications system, or Swift, allowing Iran to reintegrate into the dollar economy and move money freely.

The agreement also specifies that the EU will lift sanctions against the Islamic Revolutionary Guard Corps; the Quds Force and possibly its commander, Maj. Gen. Qasem Soleimani; and a large number of other individuals and entities sanctioned not simply for their roles in the nuclear program but for terrorism and human-rights abuses. This sanctions relief will come by 2023 at the latest. The agreement does not appear to oblige the U.S. to lift sanctions on those people and entities.

The survival of the international arms embargo against Iran, however, depends entirely on the U.N. Security Council resolution passed to implement this agreement. Nothing in the text of the agreement itself supports President Obama’s assertion that the embargo will last for another five years, although he may have that time frame in mind.

The current embargo was implemented by two resolutions: No. 1696 (2006) and No. 1929 (2010). The first bars the sale or transfer to Iran of any material or technology that might be useful to a ballistic-missile program, and the second does the same for “battle tanks, armored combat vehicles, large caliber artillery systems, combat aircraft, attack helicopters, warships, missiles, or missile systems.”

A new resolution that simply terminates all of the previous sanctions would allow Russia and China to provide Iran with any military technology they choose. To preserve the embargo, the U.S. would need to add the appropriate language to the resolution that must be passed by the Security Council this summer. But that means getting agreement from the Russians, who have already said that the embargo should be ended immediately. The U.S. is not in a very strong position to engage the Russians on this point, since the Obama administration must get the resolution through the Security Council quickly or risk having the entire nuclear deal fall apart.

Experts will debate the value of the concessions Iran has made on the nuclear front, but the value to Iran of the concessions the U.S. has made on nonnuclear issues is immeasurable. It is hard to imagine any other circumstance under which Tehran could have hoped to get an international, U.N. Security Council-backed commitment to remove the Republican Guard and Quds Force from any sanctions list, or to have the fate of the arms embargo placed in the hands of Vladimir Putin.

It is still more remarkable that the agreement says nothing about Iran’s terrorist activities, human-rights violations or role in regional weapons proliferation—all of which were drivers of the embargo in the first place. Iran makes no commitment to change its terrorist or oppressive ways, but the international community promises to eliminate those sanctions anyway.

Nor is there much mystery about what Iran will do with these concessions. Tehran has recently concluded an agreement giving Syria’s Bashar Assad a $1 billion line of credit. The Iranian regime has announced that it is preparing to take delivery of the Russian S-300 antiaircraft missile system. The supreme leader has released a five-year economic plan calling for a significant expansion of Iran’s ballistic-missile and cyberwar programs and an increase in Iran’s defense capabilities.

The Obama administration seems to be betting that lifting sanctions will cause Iran to moderate its behavior in both nuclear and nonnuclear matters. The rhetoric and actions of the regime’s leaders provide little evidence to support this notion and much evidence to the contrary. The likelihood is, therefore, that this agreement will lead to a significant expansion in the capabilities of the Iranian military, including the Republican Guard and the Quds Force. It comes just as Iran is straining to keep Bashar Assad in power, dominate the portions of Iraq not controlled by Islamic State and help the Houthis fight Saudi Arabia in Yemen. That makes it a very good deal for Iran.

Mr. Kagan is the director of the Critical Threats Project at the American Enterprise Institute.