Will 2016 Bring the Collapse of China’s Economy?

China’s global dominance, something analysts say is inevitable, will have to wait. 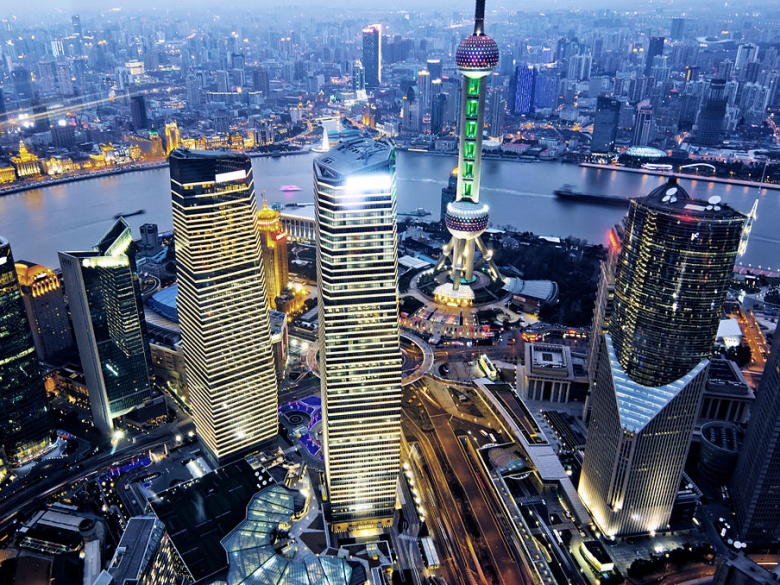 Last Monday, at the conclusion of China’s closed-door Central Economic Work Conference, Beijing’s public relations machine went into high gear to show that the country’s leaders had come up with a viable plan to rescue the economy.

Unfortunately, they do not now have such a plan. In reality, they decided to continue strategies that both created China’s current predicament and failed this year to restart growth.

The severity of China’s economic problems—and the inability to implement long-term solutions—mean almost all geopolitical assumptions about tomorrow are wrong. Virtually everyone today sees China as a major power in the future. Yet the country’s extraordinary economic difficulties will result in a collapse or a long-term decline, and either outcome suggests China will return to the ranks of weak states.

As an initial matter, China’s current situation is far worse than the official National Bureau of Statistics reports. The NBS maintains that the country’s gross domestic product rose 6.9 percent during the third calendar quarter of this year after increases of 7.0 percent during each of the first two quarters.

Willem Buiter, Citigroup’s chief economist, a few months ago suggested the rate was closer to 4 percent, and growth could be as low as the 2.2 percent that people in Beijing were privately talking about mid-year. The most reliable indicator of Chinese economic activity remains the consumption of electricity, and for the first eleven months of the year electricity consumption increased by only 0.7 percent according to China’s National Energy Administration.

Other statistics confirm extremely slow growth. For instance, imports, a sign of both manufacturing and consumption trends, fell 8.7 percent in November in dollar terms, marking a record thirteen straight months of decline. Exports were down 6.8 percent, the fifth straight month in the red.

Especially disturbing is price data. In Q3, nominal GDP growth of 6.2 percent was less than the officially reported real growth of 6.9 percent. China, therefore, looks like it is now caught in the deflationary trap of falling prices. Deflation, in turn, suggests a 1930s-style crash is increasingly possible. China has too much debt—perhaps as much as 350 percent of GDP at the moment—which becomes impossible to service in an era of rapidly declining prices. The country over the last year has seen a number of “first” defaults. So far, the central and provincial authorities have managed rescues for many of the obligors, but at some point they will have no choice but to let failing borrowers go under in far greater numbers.

In these circumstances, the best case scenario for China is several decades of recession or recession-like stagnation, much like Japan experienced in the 1990s and the first decade of this century. China’s leaders won’t say the goal of the just-completed Work Conference was to avoid the sudden adjustment of a collapse, but that appears to be the case.

To their credit, however, Beijing has been more candid in recent days. “The economy will follow an L-shaped path, and it won’t be a V-shaped path going forward,” said “a senior Chinese official with direct knowledge of the meeting” to the Wall Street Journal, indicating growth rates will not recover soon.

Chinese technocrats see consumption saving the economy, but that’s unlikely to be the case. Consumer demand is not high, despite what unnamed officials told the media at the conclusion of the Work Conference. Indicators, such as the corporate earnings of retailers and consumer products companies, paint a picture of spending in China growing at an anemic pace.

At the same time, manufacturing, the heart of the economy for decades, looks like it is contracting quickly, and services growth, despite official numbers, is low. Both these developments have implications for consumption. In China, consumption has been the result of growth, not the cause of it, and it is unlikely spending can power the economy on its own for long.

Beijing’s technocrats say observers should not be concerned by the overall picture. “A lot of countries always worry about the slowing down of the Chinese economy and they worry about a lack of policy stimulus in China,” said “a senior Chinese policy official familiar with the planning” to the Financial Times. “This worry is unwarranted because fiscal and monetary policy—and other policies—will still be quite accommodative compared to the other major economies.”

There are two principal things wrong with the statement from the insider official. First, only reform offers China sustainable growth, but Beijing is opting for stimulus instead. Accordingly, China is about to embark on another debt binge. As Chen Long of Gavekal Dragonomics told the Financial Times, the central government will take on larger fiscal deficits and permit lower-tier governments to dive even deeper into bonds. At the same time, said Long, local government finance vehicles “will be allowed to borrow at full speed.”

Stimulus, at this late stage, will go into unproductive investment just as it did after the last credit splurge, which then-premier Wen Jiabao authorized at the end of 2008. And the problem has grown worse over time. In 2007, each dollar of new credit added 83 cents of output. By 2013, that figure had dropped to 17 cents, and now it is probably even less.

The efficiency of investment is important because new obligations must eventually be paid back. So Beijing, in effect, is buying growth by making its critical debt problem even worse. Yes, building another “ghost city” creates gross domestic product during construction, but such a project just drags down the economy from the moment the workers pack up their tools.

Second, Beijing’s stimulus has not been working for more than a year. For instance, six reductions in benchmark interest rates since November of last year and five reductions of the bank reserve-requirement ratio since February have had no noticeable effect. This monetary stimulus has been unproductive because there has been a lack of demand for money. Central government technocrats have been busy creating cash—M2, the broad gauge of money supply, was up 13.5 percent in October and a 17-month high of 13.7 percent last month—but few see a need for it. So creating money this year has not in fact resulted in growth.

And the same can also be said for fiscal stimulus. Fiscal spending, a good measure of the government’s overall stimulative efforts, has accelerated as the year has progressed, now reaching fantastic numbers, up 25.9 percent in August, 26.9 percent in September, 36.1 percent in October and 25.9 percent last month. For the first eleven months, such spending rose 18.9 percent while revenue increased only 8 percent.

Chinese officials can promise more fiscal and monetary stimulus, but it’s hard to see how any of the pump priming will change the downward momentum.

The Chinese people have not been buying what their government has been saying about the economy. How do we know this? They have been taking their money out of the country as fast as they can. In Q3, there was $460.6 billion of net capital outflow, as documented by Bloomberg.

Bloomberg reports the outflow in October was $62 billion. Beijing was able to slow the flood that month by imposing informal capital controls on top of its official array of barriers. Last month, however, the outflow appears to have picked up from October as foreign exchange reserves fell by an officially reported $87.2 billion—and perhaps the decline was larger as Beijing has in the second half of the year been underreporting the reductions in its reserves. No economy—not even one the size of China’s—can survive outflows of this dimension.

The Chinese economy has never made sense, but confidence, both inside and outside the country, held it together. Now, the confidence is disappearing fast, and Beijing does not know how to get it back, except by repackaging solutions that have not worked. China’s technocratic leaders cannot change the downward direction of their economy. The most they can do now is slow the rate of descent with policies that will likely make the ultimate reckoning even worse.

And it is no secret why Beijing is opting for short-term fixes. China’s economy is now too fragile to withstand the wrenching change that would result from the structural reforms that are necessary for long-term expansion.

And that brings us to the world’s most fundamental misconception. China, most analysts think, will dominate the international system for the rest of this century. Yet whether the economy’s downturn is a crash or a long period of decline, Beijing’s diplomats soon will not be able to afford to make promised investments abroad, fulfill aid commitments or write-off debts, all things that buy geopolitical influence for a regime that cannot export its ideals. Chinese generals and admirals will not have the cash to build or buy the aircraft carriers, submarines, satellites, and moon bases they now contemplate. Civilian officials will not be in the position to provide needed services at home.

China’s rise, in short, will be cut off, and Chinese dominance of the region and the international system, something analysts say is inevitable, will have to wait at least decades.

The economy, as all know, has been central to China’s rise. After all, it allowed telecom entrepreneur Wang Jing to announce the building of a canal three times longer than the one in Panama, across Nicaragua. He also planned two deep-water ports, an airport, an artificial lake, a tourist area, a free-trade zone, roads and factories. His closely held vehicle already received an initial 50-year concession from Daniel Ortega’s government and had planned to start construction sometime during the next calendar quarter.

That grand project, however, is now on hold because China’s stock market crash, beginning in mid-June, resulted in the loss of most of Wang’s net worth. Wang may still harbor grand ambitions, but now he has no means to achieve them.

China’s brassy leaders also think big, but soon their dreams will be beyond their grasp as well. In all likelihood, the fate of their plans tomorrow will mirror Wang’s today.