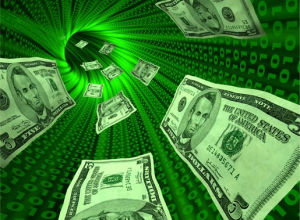 No. Politicians fantasize about being able to raise taxes on people who cannot vote against them in future elections. Ancient Rome funded itself by looting the provinces. This worked for a while. Well, it worked for Roman citizens anyway.

Here in the good old USA politicians think they have finally found this Holy Grail, this alchemist’s secret… how to tax those who cannot defend themselves.

This wonder-tax is the Internet sales tax.

Today cities and state governments can only tax people who work and live in their jurisdictions. They have income taxes. Property taxes. Sales taxes… even “use” taxes. And abusive levels of taxation tend to lead to bad things like losing elections or becoming Detroit. If only New York City and California could figure out a way to tax businesses in other states they could avoid annoying voter blow-back.

Politicians in failed states — the ones people and businesses leave — hope to change federal law to allow New York to levy taxes on businesses in other states that sell things over the Internet to New Yorkers. If you live in New York City now and you buy books in a bookstore there you pay a sales tax to the city and state. If you buy over the Internet from a business with no “nexus” — no physical presence in New York — that store is not legally required to collect sales taxes from you. That business of course doesn’t “benefit” from New York’s “government services”… it lives in Utah or Kansas where it pays local and state taxes. There is no “unfair competition” because that “out of state” store has to pay shipping costs for your book that — for normally priced books — is more than the sales tax. (And any state worried that its high sales taxes disadvantage its citizens might consider reducing those taxes.)

But where you see the convenience of shopping at the time of your own choosing — not when the local store chooses to be open — politicians see an opportunity to raise taxes on the business you buy from. And workers in businesses in Kansas or Utah cannot vote against the New York legislature or New York City council that raises the sales tax.

The government workers unions are finding it increasingly difficult to get states to raise taxes on people to fund the lavish pensions, benefits and pay scales that dwarf what average Americans earn in the real economy. They hope they can talk city and state politicians into taxing “the other.” People in other states. Safe for the politicians.

Until now, the U.S. Supreme Court has stopped this drive. The court ruled that it would be burdensome on businesses in one city to pay the sales taxes for hundreds and thousands of state and local jurisdictions. The federal legislation hopes to get around this court ban by “reducing” some of the burdens.

The “Marketplace Fairness Act” would allow a city and/or state to collect taxes from businesses and individuals selling over the Internet into their city or state.

This law would open a Pandora’s Box of problems. It kills the “nexus” requirement. Sales taxes could be imposed across state lines.

The Internet has thrived ever since ‘Al Gore invented it’ and it has thrived because the government at the federal, state, and local level has largely left it alone. The feds have belatedly and only temporarily banned discriminatory taxes on the Internet. That ban should be made permanent.

This latest assault on Internet commerce is wrong for many reasons. It will undermine healthy tax competition — pressure to keep taxes low in your state. It creates real privacy concerns. And it is only the first step in allowing politicians in another state to tax you in yours.

The next targets are the individual and corporate income taxes. If the politicians kill the requirement that taxable activity and the taxpayer must be in their state — they will be able to reach out from their own failing finances to everyone else.

No Taxation Without Representation was not just a good slogan. It is good policy.

Grover Norquist is the President of Americans for Tax Reform.  This article first appeared at the Huffington Post.