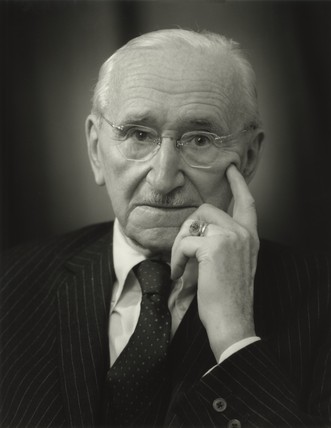 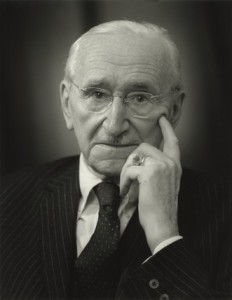 For instance, when I was touring the Cooper Nuclear Station in 2006 in preparation for writing my book, Terrestrial Energy, I saw a large tricycle sitting in front of the administrative building. I asked my guide what purpose it served. He explained that no cars were allowed “inside the fence” and employees often found themselves walking long distances around the site in the winter cold. So they had finally asked the Nuclear Regulatory Commission if they could ride bicycles. The NRC considered the matter for eight months before coming back with a word that bicycles would be too dangerous but it would allow a tricycle. So there it was.

What’s the biggest energy breakthrough we’ve had in the last ten years? Fracking for natural gas. How did that develop? Did somebody in Washington draw up a plan about how to extract those known gas reserves from shale? Did the Department of Energy set a quota? No, George Mitchell, an independent operator in Texas, spent two decades and millions of dollars of his own company’s money experimenting with the technology, almost bankrupting himself in the process. (His employees and subordinate were all against it and complained he was spending their retirement funds.) True the Department of Energy finally kicked in a few dollars at the end of the process at his request. And true, government-loving think tanks such as the Breakthrough Institute have desperately tried to argue that the federal government made the whole thing happen. But take away George Mitchell and fracking never would have happened.

Moreover, fracking has only proceeded so rapidly because the new deposits are found in the East and on private land. If this were federal land being developed – and the federal government still owns 65 percent of the land west of Denver – we’d still be writing the environmental impact statements.

Frederick Hayek dealt with all this in his 1940s classic, The Road to Serfdom, and it’s amazing how you have to keep going over the same old arguments because the impulse toward the “planned economy” never ends. It’s the same as the argument we’re about to have over whether there is any economic benefit in exporting natural gas. David Ricardo pretty much settled the issue with the theory of Comparative Advantage, introduced in On the Principles of Economic Theory and Taxation in 1817.

More than a century later, Hayek demonstrated in exhaustive detail that all “planning” is something all of us do every day. When we decide whether to drive or take mass transportation, whether to leave the lights on when we walk out of a room, whether to buy high-grade or low-grade gas, whether to live in the city or the suburbs – all this is “economic planning.” It is signals that send a message to producers through the price system of what it is people want – which is the whole basis of economics. And although all these little decision may not look like much, taken in aggregate, they add up to our “national energy plan.”

Most important, the knowledge of what it takes to satisfy people’s wants and what is available to them is distributed as widely as possible throughout society. It cannot possibly be centralized all in one place. “National planning” simply means substituting politics for market decisions. A bunch of bureaucrats in Washington will try to decide what people want and what’s the best way to produce it for them. The results cannot help but be a mishmash – such as when the old Soviet Union used to produce millions of shoes in one size and then tell people they had to wear them.

But National Planning does have an overwhelming attraction to one group – the people who think they’re going to do the planning. They see it as an opportunity to impose their own agenda. whether it be to save the coal industry, put up windmills, force people to consume less or switch our transportation to the electric car. There’s only one catch, said Hayek – and I’ve always regarded this as one of the most profound sentences written in the 20th century. “The person who advocates National Planning always assumes it is his plan that is going to be put into effect.”

Once decision-making is centralized in one place, politics takes over. Lobbying becomes the key to success and the interest of well-organized groups is always overriding the will of the majority. Environmentalists love national plans because it gives them the opportunity to prevent things from happening from Washington. When they try to implement their own ideas, such as putting huge solar complexes in the desert, they run into the same problems as everyone else. Soon everything becomes bogged down in minutia so that a single clause sneaked into some piece of legislation can decide who wins the battle.

But there’s one other thing that politicians like about bringing decision-making to Washington and that is that it creates a lot of jobs. You might even call it prosperity. Last week The Express, the subway handout of the Washington Post, ran a remarkable cover story entitled “Stressed? Overworked? Not Here: Washington workers are happier than you might expect, a Post poll finds.” Here are some excerpts:

Now some news that may seem counterintuitive, given the stereotype of Washingtonians as dull, stressed-out workaholics: We are happy. We like our jobs. If we work more than 40 hours a week, we don’t seem to mind. We love our full lives . . .

In interviews with a number of these poll respondents, we found residents of all demographic and geographic stripes determined not to let their work dominate them. We found people focused on spending time with their kids, spouses, boats – intent on finding jobs that are fulfilling and meaningful, yet not overwhelming . . .

“People in Washington have jobs and roles that are highly energizing. These are mission jobs – it’s not like you’re washing cars. There are lots of smart young people enjoying each other’s company; that’s as energizing as the job itself,” [says] Jane Weizman of Towers Watson, a human relations consulting company in Arlington. . .

All we have to do to produce more energy is to allow the people do their jobs. People who produce energy for a living know how to produce energy. All you have to do is free them from government restrictions, which are simply the “national plan” of people who don’t want to produce more energy. If there are market externalities – things that aren’t taken into account by the price system –they can be dealt with through simple, clear market mechanisms. If we’re concerned about carbon emissions, impose a carbon tax. If we’re worried about the safety of drilling offshore, hold the drillers liable and let the insurance companies figure out how to avoid accidents. Underwriters Laboratory has done this for the electrical industry since 1894. On nuclear safety, INPO and WANO have been doing the same thing since Three Mile Island. After all, no owner of a $5 billion reactor wants to see it melt down.

This article was originally posted Monday, December 10, 2012 at NuclearTownhall.