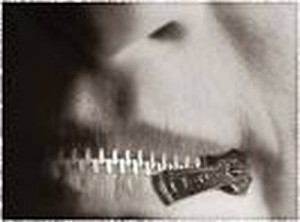 The latest round of condemning the past on the moral criteria of the present started with banning the Confederate flag from public places. Now it is on to airbrushing away progressive old white guy Woodrow Wilson, in Trotskyized fashion, from public commemoration.

But do those on the Left realize that they are rapidly becoming captives to the consequences of their own ideology? Their current effort to rewrite the past is doomed to failure for a variety of reasons.

First, this damnation of memory is not a balanced enterprise, but predicated on today’s notions of politics, race, and gender. No one is insisting that the great work of Martin Luther King Jr. be dismissed from the pantheon of American heroism because he was a known plagiarist and often a callous womanizer who did not live up to our current notions of gender equality. The racist eugenicist Margaret Sanger is still a saint.

No one is claiming that Franklin Roosevelt was a third-rate president because his State Department was full of racists and anti-Semites, who were not too bothered by reports reaching the United States about the Final Solution, and who green-lighted the illegal internment of Japanese-Americans.

And why is Mohandas K. Gandhi exempt from left-wing ethical erasure? Was not his creed of non-violence tainted by the fact that his opposition to apartheid did not include much sympathy for blacks, while his advice to Jews facing extermination in Europe was heartless and anti-Semitic?

To be fair, shouldn’t liberals demand that the memory of César Chávez be airbrushed? In 1969 Chavez sent his union thugs to the border to help turn away illegal immigrants, and he called for closing the border to prevent future illegal immigration. The finances of his United Farm Workers were conducted like a tribally run mafia enterprise. By present standards, Chávez’s behavior might be called xenophobic, vigilante-like, and nativist.

Why ban the name of the Washington Redskins, but not the San Diego State Aztecs? The Aztecs refined human sacrifice to a Satanic art. They predicated their entire notion of war and conquest on taking captives from surrounding indigenous peoples to feed tens of thousands of innocents per year to their cannibalistic gods. Why honor that? Is their exemption granted because, even though they were mass murderers, they were at least non-white mass murderers?

Ditto the Zulus. They currently enjoy iconic status as proud warriors and indigenous African nationalists. But Shaka Zulu, the unhinged 19th-century Zulu lord, killed tens of thousands of his own people in Stalinist-like mass executions and forced famines.

Che Guevara’s picture is omnipresent in college dorm rooms. But why so, given that his rantings and scribblings were replete with anti-Semitism, anti-black racism, homophobia, and sexism?

In other words, the current damnation of the past is highly selective — not even strictly honoring the Left’s own present ideas of race, gender, and sexuality.

One Strike and They’re Out?

Second, which ethical felonies cancel out all positive achievement in the complex world of human morality? Lincoln voiced ideas about innate racial inferiority that today we would find shocking. But without his abolitionist zealotry and faith in the evolving morality of the United States, the Union would not exist today. Is Lincoln little different from Jefferson Davis because both thought blacks backward?

Is the idea of an “Age of Jackson” or the birth of American populism now to be reduced to Jackson’s reprehensible treatment of Native Americans?

William Tecumseh Sherman, by today’s standards, was a racist. Yet no one did more to unwind the Confederacy and free slaves than did Sherman with his March to the Sea. So do we write off Sherman as no different from Nathan Bedford Forrest?

No one was a greater critic of European colonialism in Africa than Albert Schweitzer, who devoted his life to medical and missionary work among the abject poor of Africa. But if you peruse Schweitzer’s writings on religion, philosophy, and culture, you will find that, by present-day standards, he seems a paternalistic chauvinist and racist. So was Schweitzer no better than the Heart-of-Darkness European exploiters who inhabit Joseph Conrad’s novels?

Is history to be not tragedy, but superficial Hollywood melodrama?

Has the past become a game for politically correct gotcha activists, marking their campus scorecards to check off which sins cancel out which landmark achievements?

Are We Really Moral Giants?

Third, by condemning the past we assume that we of the present are morally superior and easily meet the standards that we impose on others. But round up the monsters of the 19th century: None matched the death tolls of the 20th-century mass-murderers Hitler, Mao, and Stalin. Have not the beheadings, drownings, and incinerations carried out by ISIS already trumped both the numbers and the cruel methods of the Spanish Inquisition?

Are today’s sex-and-violence raunchy movies, Internet sites, and video games more morally uplifting than what the public enjoyed in 1750 in their candlelit hours? Was the liberal heartthrob Bill Clinton’s morality superior to that of Calvin Coolidge, in terms of the way each treated his employees and his family?

Are we to suppose that the current New York Times best-seller lists include all sorts of novels of a sort that Jane Austen and Charles Dickens could not match?

Are there many moralists like Jesus, Socrates, and St. Thomas Aquinas on the modern lecture scene? Perhaps the Supreme Leader of Iran, his holiness Ali Khamenei? Or Barack Obama, the Nobel laureate? Or those social-justice warriors, the Revs. Jesse Jackson, Al Sharpton, and Jeremiah Wright?

Is any chairman of the philosophy department at an Ivy League school really the moral better of those walking about in the ancient Lyceum or Academy? Was Steve Jobs a kinder and more ethical captain of industry than was Andrew Carnegie? After all, the former used a neat iPad, the latter a clunky primitive phone. Do green hip techie companies like Google maximize their profits any less and pay their full share of taxes in a far more admirable way than did the Ford Motor Company of the 1920s?

Since when did technological evolution fool us into equating it with moral advancement — rather than holding with Hesiod’s bleak idea of material progress ensuring moral regress? Does the fact that Barack Obama uses a teleprompter make him a more eloquent and moral rhetorician than the fuddy-duddy Founders with their pen-and-ink notes?

Fourth, have we lost all empathy for the physical drudgery of the past? Our ancestors lived in a world without basic surgery, antibiotics, painkillers, safe water and food, vaccinations, and cholesterol checks. They certainly did not use presidential jets to soar off to appear on Los Angeles late-night talk shows.

How strange that students in the lounges of the Ivy League, their surroundings replete with gyms and movie theaters, condemn those who died in droves in covered wagons as sexist. Does anyone ponder that the supposed ogres of yesterday spent a vastly smaller percentage of their waking hours devoted to contemplating how morally inferior were their ancestors, and a far greater proportion dealing with pain, illness, and back-breaking work — just trying to live one more day?

In the past, did those suffering from inoperable tumors, 20-400 eyesight, or rickets have time to worry about micro-aggressions, safe spaces, and trigger warnings? We of the 21st century, who have nearly conquered nature, now blast as illiberal and insensitive all those of past centuries who did not enjoy our margins of error. Before I am going to blast my grandfather for being a sexist, I’m going to try to imagine what it was like to have one’s lungs eaten out by mustard gas in the dank trenches of World War I.

At some point, we pajama boys of the 21st century must concede that the Neanderthals of the past could endure things unimaginable in the present. Mattress Girl and Sandra Fluke would probably write off Richard the Lionhearted and Columbus, but could they get through one day of their lives? I have a feeling that the college presidents of the early 19th century who faced the harsh landscape of inhospitable New England were honest compared with the wavering reeds who now damn them as their inferiors. How could an undergraduate at Yale in 1850 read Latin, know geography, and write English prose in superior fashion to those whom we heard recently at Silliman College — taking a break from their gyms and smartphones to shout mindless obscenities at their faculty?

Affluence and leisure do not automatically convict us of moral laxity, but we should remember that those who live in ethical glass houses have no business throwing stones. The current censors should worry that in a hundred years people may condemn our present triflings as proof that we were presiding over a Dark Age.

On campus, violations of the Bill of Rights, obsessions with race rather than character, inflated and puerile self-regard, adolescent self-indulgence and materialism, along with epidemic factual ignorance, inability to speak and write coherently, and the loss of inductive reasoning may ensure that the early 21st century will be judged as an era of anti-Enlightenment ignorance — with the twist that never have such pampered people so little deserved all that they inherited.

NRO contributor Victor Davis Hanson is a senior fellow at the Hoover Institution and the author, most recently, of The Savior Generals.