Freedom Centers Science and Public Policy 2013 Will Finish One Of The Ten Coldest Years In U ...

Before NASA and NOAA start tampering with the data, 2013 is one of the ten coldest years in the US since 1895, and has had the largest year over year decline on record.

NOAA of course won’t talk about this, and will massively tamper with the data before releasing it.

The graph below is the monthly average of all daily high and low temperatures at all NOAA USHCN stations. 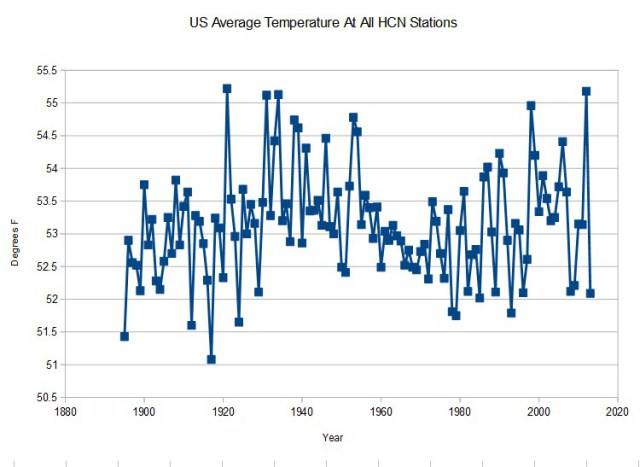 December isn’t complete yet, but is running far below normal and forecast to get colder.

NOAA will reporting something very different, because they subtract up to 1.7 degrees from older temperatures. Essentially all reported US warming is due to a hockey stick of temperature adjustments, which makes the past appear to be much colder than what the thermometers measured at the time. (They of course do not mention this in their press releases.)

This article was written by Steven Goddard and uses data found here.