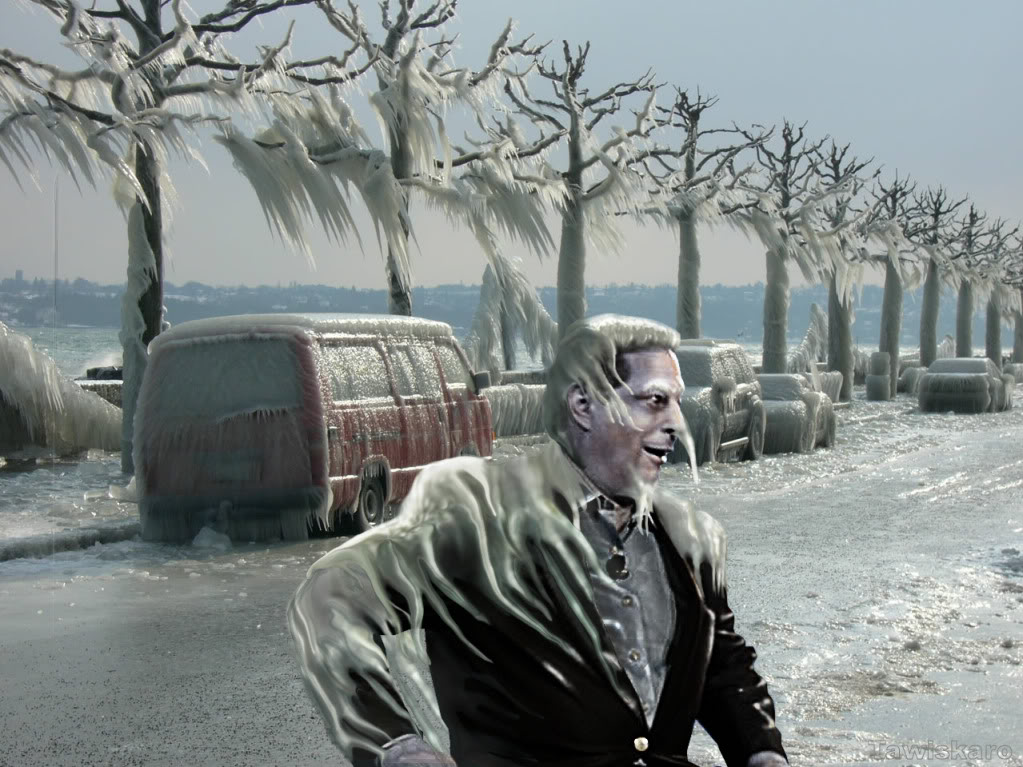 Even China’s coal-burning is offered to explain lack of global warming.

“Children just aren’t going to know what snow is,” he said.

Of course, that doesn’t mesh with what happened. This past October, the UK Express headlined, “Worst winter for decades: Record-breaking snow predicted for November.”

By the end of November, Brits were shivering, “as Britain faces snow, ice and plummeting temperatures,” reported the Mirror newspaper. “Most of Scotland has been issued severe weather warnings for ice, and temperatures are expected to remain low, causing problems with snow and ice across the country.” Winter yet lay ahead.

We shouldn’t pick on Great Britain. There is plenty of global warming foolishness here at home. Recall James Hansen, global warming guru whose alarmist campaign was underwritten by his NASA paycheck. By the 2020s, Hansen predicted in 1986, the U.S. average annual temperature would rise 9 degrees Fahrenheit, or more, and up to 3 degrees by the 2010s.

A funny thing happened on the way to the 2010s and 2020s. It didn’t get so hot. In fact, depending on which data set you use, it probably has cooled down for 17 years.

A recent explanation for this pause (if not reversal), was offered in a scientific paper blaming the El Niño Pacific Ocean warming in 1997-98 for triggering the hiatus.

As the theory goes, El Niño caused a large heat transfer from deep in the ocean to the surface, which cooled the waters below. Since then, according to the theory, heat has been reabsorbed from the upper ocean, in turn cooling the atmosphere. Maybe. Maybe not.

There’s no shortage of inventive excuses for why things aren’t so hot, including, incredibly, China’s increased use of coal, even though “dirty” fossil fuel is supposed to increase, not decrease temperatures.

Implicit in this “where-did-the-heat-go” shell game is an inconvenient reality.

If so, that’s a game changer for the climate wars.

If surface temperatures lose their credibility (and we side with those who long have said that’s the case), where will alarmists point to prove their point?

There always have been problems relying on land-based thermometers. For instance, where should thermometers be placed? How high off the ground? There are no worldwide uniform standards.

While airports, concrete and asphalt represent a scant percentage of Earth’s surface, they are home to a disproportionate percentage of ground measuring stations. Does this matter? Consider the common sense knowledge that standing in a grassy field is cooler than standing on an asphalt runway. Not only are such locales hotter, they get hotter faster and hold their temperatures disproportionately longer.

Mark Landsbaum is a columnist for the Orange County Register.