3,453 Days And Counting: The Bull That Wouldn’t Die 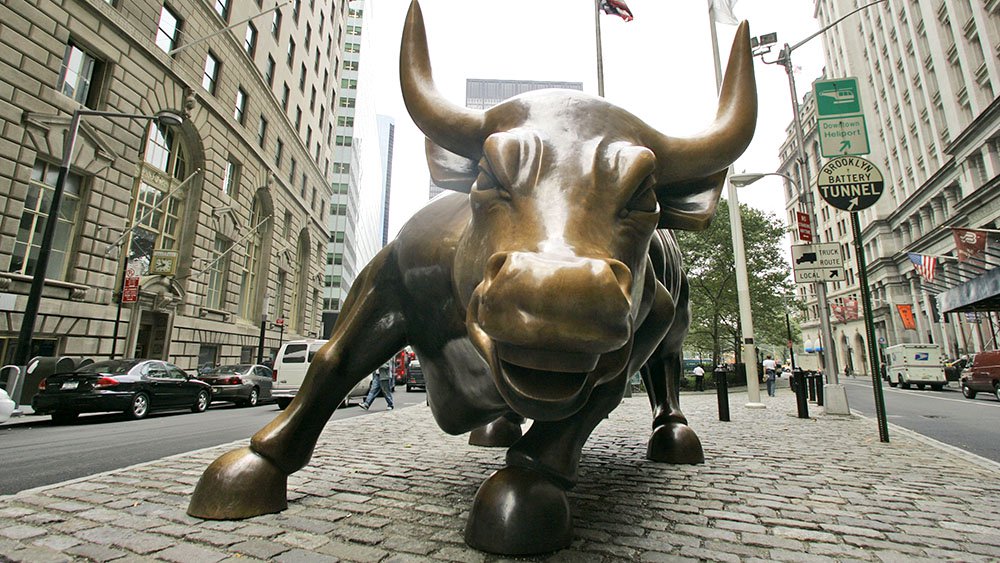 Bull Market: Amid all the political noise in Washington, a milestone was passed Wednesday, one you may not have noticed. The bull market for stocks has now become the longest since World War II. Can it continue? That depends on federal policies.

One common definition of a bear market is a decline of a major stock index by 20% or more from its previous all-time high, or 52-week high. Well, way back in 2011, the market was actually off more than 20% from its previous high, but on an intraday basis. So, technically, some think the bull ended. But it snapped back by the end of the day’s trading, so others say no.

But however you look at it, the fact is that the market has been on a long-term tear. The bull run began on March 9, 2009, roughly three months before the economy officially emerged from its deep recession in June 2009.

Why haven’t we had a bear market since then? For one, stocks were so beaten down during the financial crisis that they had a lot of ground to make up as corporate earnings revived. And that stock market stumble in 2011 was no accident: That was the year after President Obama signed growth-killing ObamaCare and Dodd-Frank legislation into law, almost taking the economy down again.

Here at IBD, we are students of market history. We can tell you this: Bull markets don’t die of exhaustion or old age. There are no term limits on bulls, no algorithms that tell you when they’ll end. The bull runs until the growth ends, that is, when a recession begins. When that happens, corporate earnings suffer and, as a result, share prices tumble.

In recent years, we’ve heard market mavens, pundits and economists say things like, “This market is looking long in the tooth,” and, “If something can’t continue, it won’t. Stocks are too high.” Yet the market continued to climb.

The politically inclined have often made bold, but spectacularly wrong, predictions about the economy and the stock market. That’s especially true of the time surrounding Donald Trump’s upset victory over Hillary Clinton on Nov. 8, 2016.

A sampling of the prognostication errors made by people who we’re often told are much, much smarter than the rest of us contain some real doozies. They should serve as a warning to us all:

“It really does now look like President Donald J. Trump, and markets are plunging. When might we expect them to recover? A first-pass answer is never. … So we are very probably looking at a global recession, with no end in sight,” New York Times columnist and Nobel laureate Paul Krugman said, a mere day after Trump was elected.

“Under Trump, I would expect a protracted recession to begin within 18 months. The damage would be felt far beyond the United States,” according to former Clinton and Obama chief economist Larry Summers, speaking in June 2016.

“If Trump wins we should expect a big markdown in expected future earnings for a wide range of stocks — and a likely crash in the broader market (if Trump becomes president),” said Eric Zitzewitz, former IMF chief economist, just before the election.
Since Trump’s election, however, the S&P 500 Index has risen 33.8%, while real gross domestic product has jumped 4.1%, or about $723 billion. Median household income is at an all-time high, as overall unemployment remains below 4%, and unemployment for blacks and Hispanics is at or near record lows.

And all the wise guys were wrong, not because they are evil or stupid, but because they let partisan politics color their views of the world.

That’s a big mistake when it comes to the stock market, which doesn’t care what your opinion is.

Investors, it turns out, also didn’t care what Washington thought about Trump. They cared about his policies. Angry pundits’ musings, however convincing, do not control the economy. Ultimately, actual policies are what help determine whether the economy grows or stumbles.

That’s why the bull market has continued under Trump, surprising many. Tax cuts, deregulation and “Make America Great Again” have all been good for growth. Pulling out of the damaging Paris Climate Deal also has helped. So have low interest rates by the Fed.

Bull Run, Or Bull Done?
But that doesn’t mean the bull market will last forever. Policy mistakes could drag the economy down, and take stocks with it.

A long-running, vicious trade war, for instance, could cut into growth. A Democratic takeover of Congress — which could stymie other Trump growth initiatives amid the pursuit of anti-growth, Keynesian “stimulus” — might also hurt future economic growth, corporate earnings and stock market performance.

And then there’s the policy elephant in the room: the Fed. It has now raised interest rates from basically zero to 1.75%-2% under Trump. It seems dead set on raising them at least another three quarters of a point to a presumed “neutral rate” of 2.50%-2.75% for fed funds, based on recent Fed policymaker comments. A quarter-point hike is, as they say, baked in the cake for September.

We don’t know if the bull market will continue. No one does. And we’ll let the market’s action tell us when it’s had enough. In the meantime, as long as pro-growth policies are in place, and foolish anti-growth policies are avoided, the economy should continue to grow. Americans should know that their political choices matter.