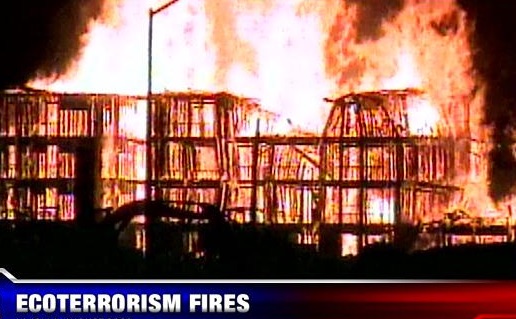 Although foreign aid is considered by many Americans to be largely a waste of money and primarily a benefit to American NGO’s and recipient government officials, not so U.S. conservation assistance used to fight both environmental crime and promote environmental conservation.

When I worked at the newly formed United Nations Environment Program 45 years ago, and subsequently as an assistant to the Secretary of the Interior, key issues were to preserve fisheries, forests and grasslands, while also working to sustain the expanded production of fish, lumber and animal products.

Little did people think that decades later the biggest environmental crooks would be terrorists and international criminal cartels running a quarter of a trillion-dollar illicit enterprise in scope just behind drugs, weapons and human trafficking. As a recent UNEP report concludes, exploiting natural resources has become big business.

Lucrative practices include the poaching and illegal harvesting of fish; the reckless harvesting of valuable hardwoods that destroys without consideration watersheds, downstream farms, while increasing erosion and desertification that in turn threatens entire rural communities. In turn this pushes mass migration to urban centers already ungovernable.

Together these illegal industries have risen by 26 percent since a previous estimate was made in 2014, growth continues at 5-7% annually, and the total value of illegal activity approaches $258 billion says UNEP and Interpol.

According to a key Senate professional staff with whom I spoke, Global Witness, a kind of Doctors without Borders group for the environment, is a British group much respected by two key members of the US Senate Foreign Operations Subcommittee, Senators Patrick Leahy (D-VT) and Lynsey Graham (R-SC), as well as Texas Congresswoman Kay Granger who is now chair of the defense subcommittee on appropriations. All have been leading voices in the Senate and House of Representatives in support of sound international conservation measures which Global Witness is at the forefront of pursuing.

Criminal gangs with revenue between $722-$862 million are driving resource wars in the Democratic Republic of the Congo in which 7 million have died. Similarly, the East African terror group Al-Shabaab draws $250 million in funding from illegal charcoal sales in 2013 and 2014, while ISIS funds itself with expropriated oil. And drug cartels in Latin America have entered the illegal logging and gold mining business in Latin America. The illicit trade in logging of upwards of $100 billion enriches Al-Shabaab but also negatively impacts the American industry here at home.

Now this illicit logging artificially depresses prices by flooding the market with cheap lumber. On top of which there is widespread deforestation overseas that can be attributed to illegal logging that in combination loses US forest and paper industries some $460 billion a year and worldwide some $10 billion annually.

Global Witness warns that nearly one thousand forest rangers have been killed in the past twelve years combating illegal forestry. Some efforts at the national level have also worked, though. One report said the Brazilian government was able to reduce deforestation in its patch of the Amazon by 76 percent in five years, in part by sending SWAT teams into the jungle to raid illegal logging operations.

Also the $5.45 billion annual US fishing industry is threatened by over fishing, often illegal, which according to the United Nations Environment Programme (UNEP) will deplete the oceans seriously by 2050.

Many low income nations depend on fish as a vital food source and one source notes that “30 percent of fish stocks have already collapsed, [yielding] less than 10 percent of their former potential”, including US fisheries that are primarily fished by foreign entities less interested in sustainability. Illegal and unregulated fisheries account for as much as $37 billion in annual illicit profit world-wide.

Here is where things are getting dangerous. As James Durso wrote a few weeks ago, the top seafood consumed by Americans is shrimp, 90% imported, (from Vietnam, Thailand, China, India and Ecuador), costing $6.5 billion annually.

And America has spent nearly $3 billion annually here in the United States for fisheries conservation including combating illegal and unsustainable fishing, building fisheries management and enforcement; build capacity for port operations, inspections, and trade; and partner with private companies to promote sustainable and legal sourcing of products.

To help remedy this situation, Sen. Richard Shelby (R-Ala.) has mandated that the National Oceanic and Atmospheric Administration ensure that all shrimp brought into the United States after the end of 2018 must have a data that documents the “chain of custody.” By cracking down on the black-market trading of timber and fish, our foreign aid dollars are protecting our jobs.

Both Senator Shelby (R-AL) and Patrick Leahy (D-VT) have also provided key support of the National Oceanic and Atmospheric Administration (NOAA) to help fish stocks in the Gulf of Mexico and New England.

As James Durso concluded in a recent report, “It is important that the U.S. continue contributing to foreign conservation efforts” and in particular the Congressional efforts to take down unscrupulous criminal networks that threaten waterways, fisheries, forestlands and environmental networks that sustain economies and communities around the world. This prevents the scarcity of water, food or forests that often contributes to instability and sparks regional conflicts.

The relatively modest funding of $135 million in the Senate appropriations bill for combating wildlife poaching and illegal forestry destruction is a down payment on America seeking to curtail these threats.

Environmental conservation strangely enough may be a very important factor in not only sustaining a myriad of American natural resource-based companies, but also defunding some of the terror groups and their associated international finance cartels as a great help to both our Treasury analysts and soldiers now fighting these same forces.