Report: The Obama administration misled the public and obstructed investigations into Benghazi. 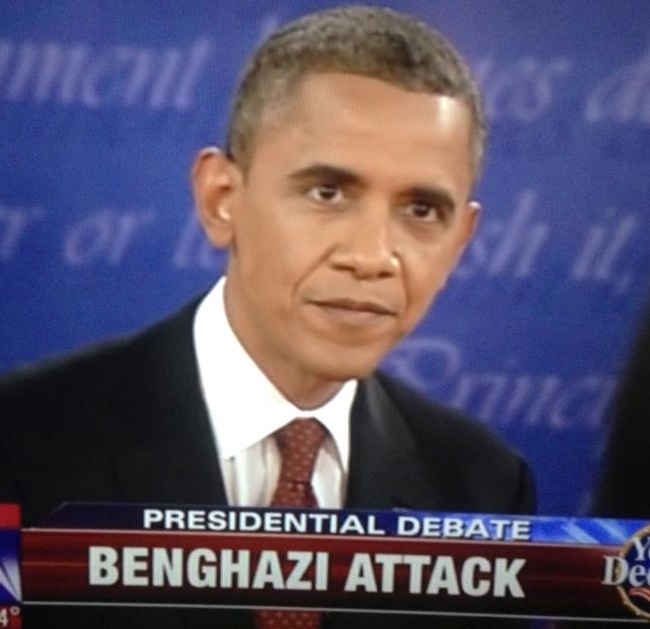 A congressional committee responsible for investigating the 2012 terrorist attack that killed four Americans in Benghazi, Libya, has issued its final report.

Here are the five big takeaways from the U.S. House Select Committee on the Events Surrounding the 2012 Terrorist Attack in Benghazi, Libya, gleaned from a summary report by Reps. Jim Jordan, R-OH, and Mike Pompeo, R-KS.

Even though U.S. officials — including Hillary Clinton — knew immediately that the siege in Benghazi was a highly coordinated terror attack, they chose to mislead the public with statements about spontaneous protests caused by a YouTube video.

The report indicates that political considerations were on the minds of State Department officials learning about the attack. Before the Benghazi attack even ended, State Department spokeswoman Victoria Nuland sent an email to two other, high-level Clinton aides, Jacob Sullivan and Phillipe Reines, that noted top Obama aide Ben Rhodes was worried or upset about Mitt Romney’s comments on the attack. As Jordan and Pompeo put it:

And so on this highly charged political stage — just 56 days before the presidential election — events forced the administration to make a choice about what to tell the American people: Tell the truth that heavily armed terrorists had killed one American and possibly kidnapped a second — and increase the risk of losing the election. Say we do not know what happened. Or blame a video-inspired protest by tying Benghazi to what had occurred earlier in the day in Cairo. The administration chose the third, a statement with the least factual support but that would help the most politically.

Obama’s reelection campaign was a prominent consideration, but Hillary Clinton’s signature policy achievement was her push to invade Libya, so the political ramifications were serious for her as well. As her Deputy Chief of Staff and Director of Policy Jacob Sullivan characterized it in 2011, Clinton had “leadership/ownership/stewardship of this country’s Libya policy from start to finish.” Buddy Sidney Blumenthal, who had business interests in Libya, praised Clinton for following his advice on invading Libya and encouraged her to take full credit for the invasion.

The Benghazi committee shows that the administration told a public story designed to connect the attack to the video and protests in Cairo and a private story that acknowledged the reality that it was a terrorist attack. Clinton’s September 11 statement referred to a “response to inflammatory material posted on the Internet,” while internal documents about the al-Qaeda-like terror attack didn’t mention any video or protest.

Clinton’s public statement on September 12 again referred to “a response to inflammatory material posted on the Internet,” while her private chat with the Egyptian prime minister clearly said, “We know that the attack in Libya had nothing to do with the film. It was a planned attack – not a protest. … Based on the information we saw today, we believe the group that claimed responsibility for this was affiliated with al Qaeda.”

Each day it goes on like this: Clinton tells family members of those killed in Benghazi that the video was to blame, while privately admitting their deaths had nothing to do with a spontaneous protest of a video. Administration members’ public statements all talk about the video, while most private statements don’t.

One exception would be Ben Rhodes’ email that says, “Goals: To underscore that these protests are rooted in an Internet video, and not a broader failure of policy.”

But the administration’s misleading talking points were clear, such as Ambassador Susan Rice’s indignant claim on CNN’s “State of the Union” that “[F]irst of all, let’s be clear about what transpired here. What happened this week in Cairo, in Benghazi, in many parts of the region … was a result – a direct result of a heinous and offensive video that was widely disseminated.”

None of these public statements were true. Also, despite claims to the contrary, they did not accurately reflect changing intelligence reports, House members say.

It had already been reported that the Benghazi security situation was dire. House Republicans note that one State Department diplomatic security agent “viewed the situation as a ‘suicide mission’ where ‘there was a very good chance that everyone was going to die.’”

According to the summary report, “Some blame the deplorable security conditions in Benghazi on the facility’s ‘made up’ State Department designation. To them, the fact the Department labeled the facility ‘temporary’ excused shortcomings in the compound’s physical security. A ‘temporary’ designation enabled the facility to skirt a host of written internal security requirements that applied to more permanent locations. We also learned it was an improvised designation not used at any of the State Department’s other 275 facilities around the world.”

In addition to Ambassador Chris Stevens’ pleas regarding security made before he was killed, Clinton received a memo about the danger of keeping Americans in Benghazi in August 2012. The memo was alarming, for something so bureaucratic. It used words such as “urgency,” “lawlessness,” “unpredictable,” “lack of effective security,” “limited success,” “widespread violence,” and “act with increasing impunity.” Clinton, who was in charge of American policy in Libya, chose not to remove Americans from Benghazi or beef up security.

Other countries and organizations fled, but the United States remained. The most plausible answer for why this was the case is troubling, House members say: “Secretary Clinton pushed for the U.S. to intervene in Libya, which at the time represented one of her signature achievements. To leave Benghazi would have been viewed as her failure and prompted unwelcome scrutiny of her choices.”

Members of the committee say they are convinced — contrary to the administration’s public claim that the military did not have time to get to Benghazi — that the administration never even tried to get anyone to help in the fight. From the report:

Finally, we learned troubling new details about the government’s military response to the attack. Until now the administration has led us to believe the military did not have assets — men or machines — close enough or ready enough to arrive in Benghazi in time to save lives. As one earlier committee put it, ‘given their location and readiness status it was not possible to dispatch armed aircraft before survivors left Benghazi.’ The first asset to arrive in Libya — a Marine ‘FAST’ platoon — did not arrive until nearly 24 hours after the attack began. What is troubling is that the administration never set in motion a plan to go to Benghazi in the first place. It is one thing to try and fail; it is yet another not to try at all. In the end, the administration did not move heaven and earth to help our people in Benghazi, as Americans would expect. The contrast between the heroic actions taken in Benghazi and the inaction in Washington — highlights the failure.

The day after the attack, President Obama promised, “We will not waver in our commitment to see that justice is done for this terrible act. And make no mistake, justice will be done.”

White House Counsel W. Neil Eggleston told the committee, “[T]he Administration’s focus since the attacks has been … an unwavering commitment to bring to justice those responsible for harming Americans[.]”

In the four years since the attack, only one terrorist has been captured and brought to the United States to face criminal justice.

Republicans on the committee reveal that the Obama administration did not cooperate with the investigation but “stonewalled at virtually every turn.” The committee did manage to uncover Secretary Clinton’s breathtaking use of a private email account and server, something no previous investigative or oversight committee had known. But “the White House in particular left large holes in the investigation by denying the Committee access to documents and witnesses.” The Obama administration wouldn’t let the committee speak with anyone who was in the White House Situation Room on the night of the attacks or see the email communication between White House staffers.

House Democrats released a minority report yesterday to tamp down the anticipated effect of the majority report. The 339-page report aimed to debunk the conclusions of the majority report with a pre-emptive release, but House Republicans said the report was padded with bizarre non-sequiturs, such as 23 mentions of Donald Trump, a man with no role in the Benghazi attack. The report mentioned two of the victims of the attack less than Trump.

The minority report also accidentally confirmed the huge amount of money Clinton’s aide-de-camp Sidney Blumenthal is receiving from Clinton allies. President Obama forbade Clinton from hiring Blumenthal, but he acted as an informal advisor who recommended her Libya strategy, according to the emails Clinton has allowed the oversight committee to view.