How Cronyism Harms Our Military 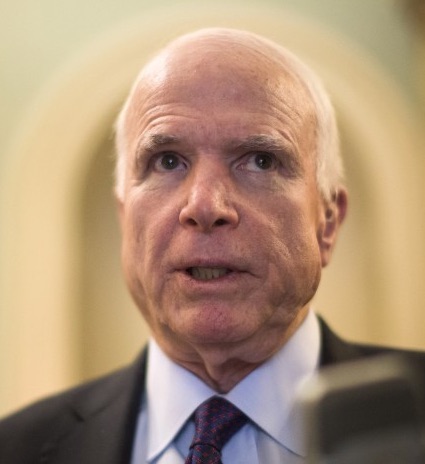 Arizona Republican Senator John McCain has over his decades in government built a reputation based largely on a few key tenets. As a genuine Vietnam War hero, and as Chairman of the Senate Committee on Armed Services, he is one of the lead defenders and proponents of all things military. He relentlessly champions “good government” – i.e. spending government money more wisely and well. And he has engaged in a relentless pursuit of “campaign finance reform” so as to allegedly remove the undue influence of political donors on policy decisions.

What the Senator is currently doing calls all of these reputational tenets into serious question.

Except you can’t actually end our reliance on Russian rockets – unless you have a viable alternative ready to go. The United States does not. As McCain’s Senate colleague Richard Shelby (R-AL) points out: “Given the current volatility of our relationship with Russia, our nation needs to develop a reliable, American alternative to the RD-180 as soon as possible. Unfortunately, that may not be for another four to five years at best.”

How important to what we do is the RD-180? “Today, approximately two-thirds of our military, intelligence community, scientific and weather satellites are launched into orbit on the Atlas 5, which uses the Russian RD-180 rocket engine.”

So Senator McCain wanting to immediately ban this vital rocket component is terrible for the military. And it isn’t just me saying it – again, Senator Shelby: “(R)ecklessly restricting the use of the RD-180 in the near-term will undermine both national security and the prospects for real competition in the military launch business.”

What does Senator McCain propose we purchase instead? “Sen. McCain pushed these restrictions in close coordination with SpaceX, which stands much to gain by eliminating competition. The SpaceX Falcon 9 rocket was recently certified for some of these launches by the Air Force, albeit under intense political pressure from the Obama administration….SpaceX has…suffered numerous delays and anomalies. Shortly after the Air Force’s certification of the Falcon 9, a catastrophic failure in June led to the complete loss of both the vehicle and all of its taxpayer-funded cargo, thus grounding the vehicle. The company was already over two years late developing the Falcon 9 and now has a substantial backlog of its current launch schedule, which raises the question of what the launch priorities will be if it does resume flights.”

SpaceX doesn’t sound anywhere near ready for prime time. In fact, it’s actually worse than that: “SpaceX has yet to undertake any form of national security launch. Yet without changes to the restrictions pushed by Senator McCain, virtually all of America’s military space missions will depend on SpaceX’s grounded rocket and its problematic launch history.”

Why on Earth (and beyond) is Senator McCain joining with the Obama Administration in pushing completely inadequate SpaceX as the next thing – when it clearly yet isn’t?

John McCain Bought and Paid For by Elon Musk: “Sen. John McCain (R-AZ) and businessman Elon Musk, creator of SpaceX, Tesla Motors, and SolarCity, have enjoyed a long and close business and political relationship that have helped support the senator while enriching Musk at taxpayer expense. Musk and his companies have support McCain and his McCain Institute while the senator has consistently supported and advanced the legislative interests of Musk’s companies in the Senate.”

So Senator McCain is pushing an amendment that is terrible for the military and our national security. That will almost certainly cost us untold additional billions of dollars in failed launches and lost materials – because of unready rockets. All to reward with even more government coin – a man who has given McCain lots and LOTS of political coin.

All of which contradicts every tenet for which Senator McCain claims to stand. The biggest opponent of McCain’s amendment – should be McCain.

Here’s hoping everyone else in Congress will do the wise, prudent and fact-based thing – and oppose what McCain is proposing.

This first appeared in Townhall and Red State.