5 years later: How’s that Wreckovery working out for ya? 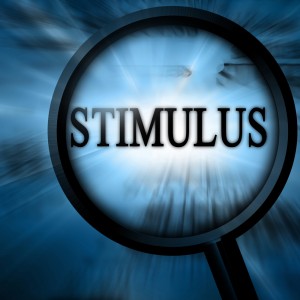 On Feb. 17, 2009, President Obama promised the sun and the moon and the stars. That was the day, five years ago, when he signed the $800 billion “American Recovery and Reinvestment Act.” President Modesty called it “the most sweeping economic recovery package in our history.” He promised “unprecedented transparency and accountability.” He claimed the spending would lift “two million Americans from poverty.” Ready for the reality smackdown?

The actual cost of the $800 billion pork-laden stimulus has ballooned to nearly $2 trillion. At the time of the law’s signing, the unemployment rate hovered near 8 percent. Obama’s egghead economists projected that the jobless rate would never rise above 8 percent and would plunge to 5 percent by December 2013. The actual jobless rate in January was 6.6 percent, with an abysmal labor force participation rate of 63 percent (a teeny uptick from December, but still at a four-decade low).

Five years after the Recovery Act, 10.2 million people are out of work. The number of able-bodied Americans who have simply given up looking for work or are “not in the labor force (but) who currently want a job” has exploded. By some estimates, a record 90 million-plus people are hopelessly sitting on the sidelines.

The unemployment rate for black Americans is 12.1 percent: nearly double the national rate. The Obama campaign excoriated President George W. Bush when it exceeded 10 percent under his watch. The black teen jobless rate is now a whopping record 38 percent. Some 50 million Americans remain below the poverty level. And 47 million are now on food stamps, a third more than when Obama first took office in the halcyon days of Hope and Change.

After $150 billion in stimulus and other spending on green energy boondoggles, what does the White House have to show for it? According to The Green Corruption Files blog, 32 Obama-backed environmental firms have gone bankrupt as of February 2014. These include crony-clogged Solyndra at a cost to taxpayers of $535 million; Beacon Power, $240 million; Abound Solar, $400 million-plus; Fisker Auto, $529 million; A123, $250 million; ECOtality, $100 million; and Ener1, $118.5 million. In addition, 22 other Obama green energy projects are now in dire financial trouble.

Unprecedented transparency? Section 1513 of the Recovery Act required the White House to submit a progress report every three months. Last year, blogger Doug Powers noted: “Under their own guidelines, the administration should have released 14 of these reports by now, but they’ve only submitted eight of them for public review.” Whatevs.

In 2012, Ohio State University economics professor Bill Dupor reported that more than three-quarters of the jobs created or saved by the stimulus were government jobs. Dupor and another colleague also concluded that the massive wealth redistribution scheme “destroyed/forestalled roughly one million private sector jobs” by siphoning tax dollars “to offset state revenue shortfalls and Medicaid increases rather than boost private sector employment.”

In 2011, at a rare meeting of his Jobs and Competitiveness Council, Obama turned his “shovel-ready” vow into a punchline: “Shovel-ready was not as, uh, shovel-ready as we expected,” he cracked with a sheepish grin. The dog-and-pony Jobs Council, led by GE’s Jeffrey Immelt, giggled and cackled at Obama’s snark.

More forgotten insult to grievous injury: the telling moment when New York Times columnist David Brooks giggled on Jim Lehrer’s PBS show that Obama had told him off the record in 2009 that the shovel-ready promise was a crock, but that he sat on the truth until the Times’ Peter Baker reported the admission more than a year later in October 2010. The transcript:

JIM LEHRER: Off the record? So, then you can’t talk about it.

DAVID BROOKS: Yes, because Peter Baker is a better (reporter) than I am, because I couldn’t get him to go on the record with that thing.

JIM LEHRER: He said this to you a year ago?

DAVID BROOKS: It was obvious. I mean, you are trying to build a stimulus package. And when they were trying to build it, believe me, they would have loved to have filled it with infrastructure jobs. But the projects just didn’t exist.

While the lapdogs of the Fourth Estate snicker along with the White House about their lies and cover-up, the Wreckovery Act wreckage continues to pile up. And now the White House wants more money to burn for Porkulus Redux.

Retiring Sen. Tom Coburn, R-Okla., was right when he warned five years ago that the “morally reprehensible” stimulus represented “the worst act of generational theft in our nation’s history.” It’s no joke. It’s a $2 trillion travesty built on criminal government malpractice. Take that and shovel it.

Michelle Malkin is a nationally syndicated columnist.  Her articles may be found at her blog.