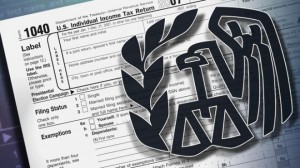 In the last week, new developments in the IRS targeting scandal have led me to the conclusion: It’s time for a special counsel to investigate the IRS.

Why? Because the IRS is continuing its partisan targeting and because Congressional Democrats are now joining the Obama administration in their efforts to hinder the Congressional investigations of IRS misconduct.

It’s now clear that new, speech-restricting regulations proposed by the IRS are not separate from the larger targeting scheme – where the IRS singled out conservative groups for unconstitutional scrutiny – but instead were long contemplated as a permanent answer to conservative nonprofit’s political activity.

The IRS is continuing its partisan targeting and Congressional Democrats are now joining the Obama administration in their efforts to hinder the Congressional investigations of IRS misconduct.

Last week, we learned the IRS was planning new rules to restrict free speech even as the targeting scheme was in full-swing. Recently-disclosed emails reveal that key IRS officials were drafting new rules “off-plan” so that they wouldn’t be initially publicly-disclosed.

I presented this disturbing new evidence in my testimony last week before the House Oversight and Government Reform Subcommittee on Economic Growth, Job Creation, and Regulatory Affairs – a hearing designed to get to the bottom of a targeting scheme aimed at conservatives.

This scheme continued and expanded after the IRS targeting was revealed, after Congressional investigations commenced, and after Attorney General Holder launched a criminal investigation.

In an astounding admission, Steve Miller, the former Acting Commissioner of the IRS admitted that it was working on these regulations not because the regulations needed to be changed but because congressional Democrats demanded it. Here is his actual testimony:

Q: And sir, what did you see as the problem that needed to be addressed through either a regulatory change or a legislative change?

A: So I’m not sure there was a problem, right? I mean, I think we were – we had, you know, Mr. Levin [Democratic Senator Carl Levin] complaining bitterly to us about – Senator Levin complaining bitterly about our regulation that was older than me, where we had red “exclusively” to mean “primarily” in the 501(c)(4) context. And, you know, we were being asked to take a look at that. And so we were thinking about what things could be done.

The Obama administration appoints a large donor to the Obama campaign to lead the Justice Department’s investigation while a powerful Democratic senator “bitterly” seeks to restrict the free speech of citizens groups, and we’re supposed to trust that the administration and Congress will get to the bottom of the scandal?

As if on cue, Congressional Democrats further proved their lack of seriousness in defending the constitutional rights of their conservative fellow citizens when Representative Gerald Connolly and Representative Matthew Cartwright filed a complaint against the Treasury Department Inspector General, the same Inspector General who uncovered IRS misconduct. A troubling tactic: Don’t like the results of the investigation, blame the investigator.

This action not only undermines the independence of the Inspector General, it creates a serious chilling effect for future Inspectors General who uncover government misconduct directed at dissenting groups.

Taken together, this atmosphere of partisan lawlessness (a theme with this administration that was only amplified by yet another unilateral change in ObamaCare deadlines) leaves citizens with no confidence that the administration can possibly police itself.

At the American Center for Law and Justice (ACLJ), we’re engaged in an independent effort to hold the administration accountable, through a lawsuit filed on behalf of 41 groups in 22 states – an effort the administration is vigorously contesting.

Jay Sekulow is Chief Counsel of the American Center for Law and Justice. His columns are carried at FoxNews.