A Black Box in Your Car: Safety Feature or Privacy Violation?

According to the Government Accountability Office (GAO) there were over 5.3 million vehicle crashes in 2011 that resulted in 2.2 million injuries and about 32,000 deaths. 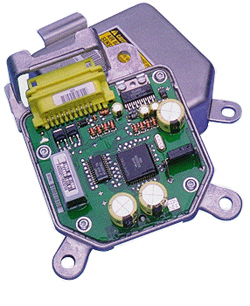 What if it was possible to prevent up to 80 percent of those crashes simply by incorporating a few new pieces of technology into automobiles? Driver assisted vehicles boast both the ability to increase road safety (by electronically calculating the potential road safety hazards better than a human driver) and to potentially drive themselves, freeing the vehicle operator to focus on other tasks. To the outside observer, it would seem an easy conclusion that American automobile consumers would want to see the expansion of driver assisted vehicles in the upcoming years.

But underlying the proposed safety and lifestyle benefits of driver assisted and driverless vehicles are serious privacy and personal liberty concerns (the ability by the government or a third party to track where you are driving, digitized limits on vehicle speed, etc.) that need to be addressed before the public will be comfortable backing widespread adoption. As the automobile industry seeks to expand driver assisted and driverless vehicle technology the balance between safety and privacy concerns are an automotive freedom issue that industry American public will have to grapple with for some time.

As early as 1939 American engineers were developing driverless vehicles and the road systems on which they would travel. While the technology was not ready then, it is now at the point where science meets fiction. At a recent House Transportation and Infrastructure Committee hearing, National Highway Traffic Safety Administration (NHTSA) Administrator David Strickland said his agency will “decide this year whether to further advance” vehicle-to-vehicle communications technology “through regulatory action, additional research, or a combination of both.”

Vehicle-to-Vehicle (V2V) technology enables driver assisted and even autonomous driving. Central to this technology is a “black box,” a computer that interacts with sensors throughout an automobile to control functions such as speed and direction, and also communicates with other vehicles to avoid collisions. V2V technology has the potential to reduce collisions by as much as 80% and according to Administrator Strickland’s testimony “will give drivers information needed to make safe decisions on the road that cameras and radars just cannot provide.”

While full vehicle automation is still several years down the road, in the short term V2V technology will be a marginal improvement over current sensor technology, which assists with blind spots, braking and lane drifting. One of the first true V2V technologies adopted could be an adaptive cruise control that would automatically adjust a vehicle’s speed to maintain a safe driving distance. This has the potential to increase lane capacity, reduce collisions and improve fuel economy by up to 20 percent. The benefits of driverless vehicles also extend beyond increased safety and could offer increased mobility to disadvantaged populations, such as senior citizens and the disabled.

V2V technology has the potential to alter more than just the way we drive. It also has the potential to alter the way driving is taxed. Currently motorists fund the majority of road infrastructure through a series of state and federal gasoline excise taxes. The federal tax, set at 18.4 cents/gallon, has not been increased since 1993. This has resulted in a structural deficit in the Highway Trust Fund of roughly $15 billion.

The advent of more fuel-efficient vehicles coupled with a tax that some argue has not kept up with inflation, has sparked discussions on how to reform the taxes used to fund transportation projects in order to rebuild crumbling road infrastructure. Some advocates for reform argue that the excise tax should be replaced with a miles traveled tax that could be calculated and tracked by the same black-box type device that would enables motorist-assisted and autonomous driving.

While paying by the mile driven may be a fairer way to tax road use, it also illustrates many of the privacy concerns V2V communications systems present. As with income taxes, some individuals would likely try to tamper with their devices to reduce their tax burden. In 2011, the IRS identified roughly two million tax returns that were fraudulent, leading to an increase in audits and other agency actions. Other black boxes may simply malfunction. Like the IRS a government agency could easily be deemed necessary to ensure the integrity of the mileage tax. As a result, it is not difficult to envision a scenario where vehicles equipped with V2V technology would be subjected to regular, perhaps even weekly or monthly black box inspections.

There are additional privacy concerns that the government admits must be addressed before the V2V technology is more widely adopted. According to a November 2013 GAO report, one of the greatest challenges facing the development of V2V technology is establishing “technical specifications for a system that attempts to maintain users’ privacy while providing security for over the air transmission of data.”

Any technology that can upload mileage information to the government could also used to determine and regulate a variety of other factors. The radio system underpinning V2V technology broadcasts a number of different data points including “a vehicle’s latitude, longitude, time, heading angle, speed, lateral acceleration, longitudinal acceleration, yaw rate, throttle position, brake status, steering angle, headlight status, turn signal status, vehicle width, vehicle mass, bumper height and the number of occupants in the vehicle.” In theory, the government could use this information to not only determine your location and perhaps limit the speed you can drive, but third-party companies such as automobile insurers, could increase premiums based on the information regarding driving habits or law enforcement could use the information find fault in accidents or in criminal investigations and to issue remote tickets for traffic violations.

For example, in 2011, the New York Times reported that Timothy Murray, the then Lieutenant Governor of Massachusetts was involved in a car accident with his government issued vehicle. Mr. Murray initially claimed that he was wearing his seat belt and was not speeding. When the police checked the on-board computer the state has installed to monitor the vehicle, it was discovered that he was driving 100 mph and was not wearing a seat belt. As a result Mr. Carney, who claims he was asleep at the wheel, was issued a $555 ticket.

A continuous connection between your vehicle and a network could also pose a threat to how and when you drive. Eric Peters of the National Motorists Association recently reported on the Ford MyKey system and its broader applications across a fleet of smart vehicles. One of the things most striking to the author was an icon within the speedometer that uses GPS location to constantly inform the driver of a road’s given speed limit. The vehicle, through certain administrator privileges has the ability to set a maximum speed. By wedding these two technologies, the author contends that in the near future cars may be programmed to never exceed the speed limit on a given road. Peters also believes that a centralized control technology means “cars could also simply be turned off, individually (as when you haven’t paid a fine or done some other thing to incur the government’s displeasure) or en masse — in the event of some ‘national emergency.’”

As with many new technologies, there are significant advantages to be realized but also serious concerns that must be addressed. That is why automotive freedom and consumer choices are an important component to the proper development of V2V technology.

When considering the adoption of V2V vehicles two very different scenarios are possible. In one scenario, the government could promote V2V technology the way they have with fuel economy standards, through a command and control approach that has shunned new technologies like turbo engines, which could increase fuel economy without sacrificing performance. Instead, government regulations have forced companies to manufacture lighter and smaller vehicles, effectively restricting consumer choice.

In a second scenario, private industry rises to meet a market demand, absent of government mandates. This is true of antilock brakes, which were organically created to address a safety issue, and have since evolved into a standard feature on most vehicles. When left with a choice, the consumer benefits most from the market leading innovation and responding to demand. This is in essence, the heart of automotive freedom.

Vehicle to vehicle technology and its eventual path to autonomous driving has the potential to be one of the most consequential technologies of this generation, but public acceptance is contingent upon the fact that performance meets expectations and privacy concerns are addressed. This is why automotive freedom is such an important component of V2V expansion. Motorists should be vigilant as this technology develops to ensure that the proper balance of both performance and personal liberty is achieved.

Travis Korson is the Communications Director for Frontiers of Freedom, a think tank with a mission to promote free markets, limited government and free enterprise. Visit them at www.ff.org to learn more about their automotive freedom project.