A Christian Response to the Syrian Refugee Crisis 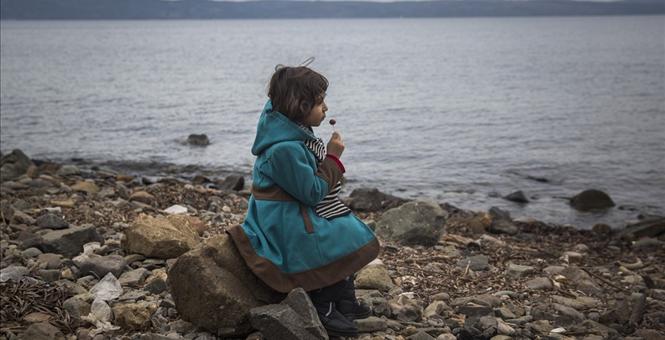 What was President Obama’s immediate and instinctive response to this month’s Islamic terror attacks in Paris? Did he offer prayers for the families of the slaughtered and vow to wipe out the global cancer that is Islamic Jihad? Did he pledge to come alongside France and work with our wounded European ally until every last Islamic State barbarian is wiped from the face of the earth?

No, America’s eunuch-in-chief preened like a petty peacock, mocking and berating the very Americans he’s sworn to protect and serve. He stated – vomiting the word “Christians” with sanctimonious disgust – that there will be no “religious litmus test” on Syrian refugees, while hypocritically employing a religious litmus test of his own that favors Muslims over Christians by a rate of 97 to 3 percent.

Indeed, during his post-Paris rant, this Oval Office dhimmi promised business as usual, doubling down on his failed policy of containment and appeasement, and inexplicably swearing to aid and abet our enemies by rapidly increasing his importation of Shariah-compliant Islamic refugees. As even his top security advisers warn, these refugees are marbled through with Muslim terrorist infiltrators hell-bent on doing to you and your family what they did to the people of France.

Yet the court jester continues to juggle.

To be sure, some of the Paris terrorists posed as Syrian refugees, and ISIS has pledged to do the same thing here. The question is not “if” but “when” more Americans will die as a result of Obama’s Pollyannaish response to the threat of Islam. He is either catastrophically naïve, or something far more sinister. At best, Barack Hussein Obama is weak and dangerously obtuse. At worst, he is an enemy within.

Either way, he must be stopped.

Still, the jihadist genie is, even now, out of the bottle. Nearly 70 Muslims, including refugees, have already been arrested within America’s borders in the last 18 months. In just the past week, over a dozen Syrian refugees have been caught at our borders with fake passports and bad intentions. Understandably, a majority of Americans agree that we must employee a compassionate alternative to Obama’s suicidal plan to import hundreds-of-thousands of unscreenable Syrian refuges.

But what is that “compassionate” alternative?

Well, it’s certainly not the open-borders approach pushed by America’s “progressive” left. While engaging in hollow #RefugeesWelcome hashtag bravado on Facebook and Twitter may provide a fleeting sugar rush of moral superiority, it is not an answer.

Neither is it tethered to reality. It’s abject foolishness.

No, the compassionate response is the Christian response. We must be “wise as serpents and innocent as doves” (see Matthew10:16). It is possible to be at once wise and compassionate. The two are not mutually exclusive. Christ modeled for us the perfect solution to this problem with His parable of the Good Samaritan:

“A man was going down from Jerusalem to Jericho, when he was attacked by robbers. They stripped him of his clothes, beat him and went away, leaving him half dead. A priest happened to be going down the same road, and when he saw the man, he passed by on the other side. So too, a Levite, when he came to the place and saw him, passed by on the other side. But a Samaritan, as he traveled, came where the man was; and when he saw him, he took pity on him. He went to him and bandaged his wounds, pouring on oil and wine. Then he put the man on his own donkey, brought him to an inn and took care of him. The next day he took out two denarii and gave them to the innkeeper. ‘Look after him,’ he said, ‘and when I return, I will reimburse you for any extra expense you may have’” (Luke 10:30-35).

There are many important metaphorical parallels here. Note that the Good Samaritan did not take this man into his own home to care for him. He administered first aid and then took him to a separate location, an inn, giving a charitable donation to the innkeeper and instructing him as to the man’s further care.

Americans, especially Christian Americans, are the most charitable people in the world. The answer to the Syrian refugee crisis is to be wise as serpents and innocent as doves. Rather than taking these Shariah-compliant followers of Muhammad – many of whom, as our own intelligence has established, are either ISIS sympathizers or operatives – into our own home, we must unequivocally demand that oil-rich Islamic nations like Saudi Arabia, Iran and others open their own sealed borders to their fellow Muslims in need. They share the same value system and religion, both of which are rooted in Islamic Shariah law – a sociopolitical worldview that is anathema, indeed hostile, to America’s Judeo-Christian values and constitutional-republican form of government.

Undeniably, Saudi Arabia alone has the means to immediately house at least 3 million of these Syrian refugees in its vacant, air conditioned tent city, used only occasionally to accommodate Muslims on their pilgrimage to Mecca. America can also help subsidize, build and facilitate additional refugee camps throughout the Middle East.

Even so, and for our own national security, safety and survival, there is much we can do to help them there, without bringing them here.

And those who are here, we must move there.

The pagan left and the pagan Muslims share a common enemy. He is Christ, Who is Truth. They are both antichrist. The spiritually blind “progressive” West is being played masterfully by the burgeoning Islamic caliphate. What we are witnessing is called “Immigration Jihad,” and Obama is chief among the worldwide Muslim leadership’s dhimmi patsies. They are not only sending a Trojan Horse through our gates, but Obama is helping them to both build it and physically transport it here, with your tax dollars, next door to you and your family.

Yes, we must all have compassion for the innocent women and children suffering under this Islamo-progressive-created humanitarian crisis, but we cannot allow the Islamic State, which represents the purist form of orthodox Islam, to use them as pawns in this war between the civilized world and the demonic savagery that is Muhammadism.

Wise as a serpents, innocent as doves.