Freedom Centers Constitutional and Political Freedom A DISASTER OF A DEMOCRATIC DEBATE, WITH A TEMPORAR ...

A DISASTER OF A DEMOCRATIC DEBATE, WITH A TEMPORARY SIDE OF BLOOMBERG | OPINION 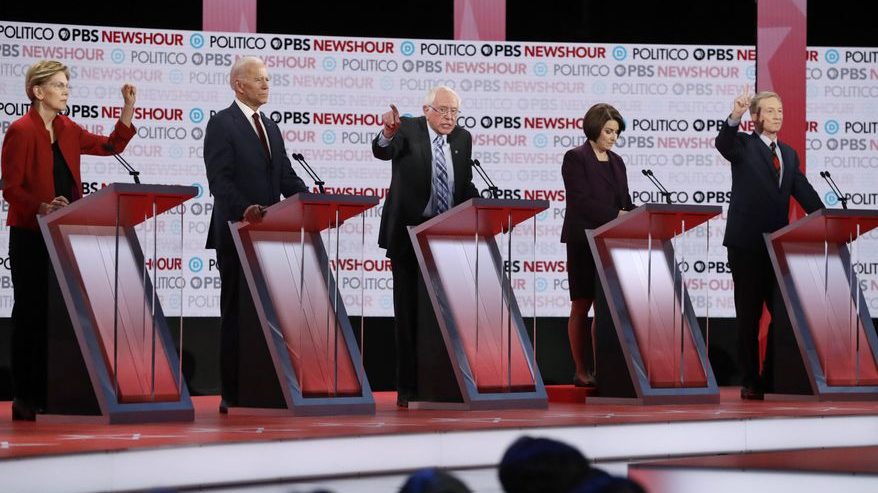 According to many viewers, the presence of former New York City Mayor Michael Bloomberg on the Democratic stage Wednesday night turned a debate between presidential wannabes into a dumpster fire.

That’s a colorful way to look at what transpired in Nevada, but it’s also wrong. The dumpster fire started weeks ago, when it became clear Vermont Senator Bernie Sanders was going to be the man to beat on the way to the 2020 Democratic presidential nomination. Bloomberg’s appearance just added a lot more fuel.

While Bloomberg, a multibillionaire financial news executive and philanthropist funding liberal causes, may be the most electable candidate in the race, he’s also the one least likely to be nominated. He’s not surging so much as shimmering, a flash in the pan that for all practical purposes is likely soon to burn out.

His billions, even if he’s spending them on defeating Trump and other causes deemed worthy by the folks who write the editorials for The New York Times and like-minded publications, render him anathema to the party activists and allies who believe the wealth gap is an urgent crisis the nation must confront. He’s not a socialist. He believes in markets and defends the capitalist system, which, in the years since Barack Obama became president, has fallen into disfavor among many in the Democratic base.

His policies regarding the need for people to take responsibility for their life choices runs into the victimization organization of the Democratic Party like a log into a buzz saw. He says things about the poor and minorities that make people uncomfortable or even angry. And he can’t win their votes while alienating them.

The people who believe that money is everything in American politics think that’s what makes Bloomberg a factor. They’re probably right. He couldn’t get as far as he has without spending something just south of $500 million in this election alone. But, as the song says, “money isn’t everything.” You have to have a compelling message to go with it, and Bloomberg showed on the stage Wednesday night that he does not. Sure, “Mike Gets It Done” is a great slogan, but there are a lot of folks asking themselves what the “it” he’ll get done as president is.

There are other problems with his candidacy that have been better described by writers more capable than I, so there’s no need to take him apart piece by piece. Suffice it to say, every problem he has on issues is encapsulated in one form or another in the difficulties he’s having on both sides of the issue of “stop-and-frisk.”

For many independents and people concerned with basic “kitchen table” issues like law and order, it was a crime prevention policy that made sense. And contrary to the misinformed opinion of critics, the practice itself is constitutional. The United States Supreme Court said so in 1968, which is the last time it had something to say on the matter.

The crime rate came way down once the political leadership in Manhattan decided that people who jump subway turnstiles just might be committing other crimes like rape, robbery and murder. New York became known as the safest big city in North America. By turning his back on “stop-and-frisk,” Bloomberg is in effect apologizing for effective law enforcement and keeping people safe.

That’s going to alienate many independents, whom he’d need to win the election, while liberal activists who think America’s police are out of control and, in a manner of speaking, at war with African-Americans and Latinos remain furious the policy ever existed. And that’s an issue for Bloomberg that won’t be going away anytime soon.

To put it another way, Bloomberg’s biggest problem is the things that make him electable also make him unelectable. He may continue to surge a bit in the national polls, but he’ll start in the back of the pack in the hunt for delegates and likely stay there. That is probably appropriate, since he isn’t really a Democrat. Then again, neither is the man most likely to win the party’s nomination, unless the superdelegates, the super PACs and the people who hold the real power in the Democratic Party can figure out a way to steal the nomination from him again.