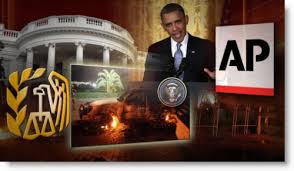 Scandals: On both IRS and Benghazi, investigative bashfulness must end. We need select committees that are able to subpoena key figures, with counsels who know how to ask questions that get answers.

Finding money in the federal budget to save Central America from Soviet/Cuban-backed communism, as Col. Oliver North did over a quarter-century ago, nowhere approaches the offense of leaving a U.S. ambassador and three other Americans at the mercy of Libya’s jihadist wolves, or of the Internal Revenue Service harassing a sitting president’s political foes during an election year.

Yet when Ronald Reagan’s Iran-Contra “scandal” came to light in November 1986, the month wasn’t over before media pressure and congressional Democrats’ chest-beating forced the White House to appoint the independent Tower Commission, waiving executive privilege on White House documents.

That, of course, wasn’t enough for Democrats picking up the scent of blood in the water. So a few months later, they formed a select committee to drag North and others before a national TV audience.

With Watergate’s ghosts haunting the hearing room, the panel’s counsels got their 15 minutes of fame: the Howard Cosell-like Arthur Liman, who had successfully argued the disbarment of Richard Nixon; and John Nields, who had actually personally interrogated Nixon while special prosecutor for Jimmy Carter’s Justice Department investigating the FBI’s aggressive efforts against Weathermen domestic terrorists.

Reagan is judged well by history, so the Iran-Contra hearings may be recalled as a dud. But that is largely because North turned the tables on his inquisitors; more than a half dozen others were variously convicted and indicted, thanks to the committee’s relentless probing.

A select committee today would likely track down lots more to disturb the American people in the IRS scandal, the Benghazi scandal — and probably the Obama Justice Department’s spying-on-reporters scandal too — than was discovered in Iran-Contra. If nothing else, it would serve to explain with some clarity what the mainstream media prefer to explain away.

And as in Iran-Contra and Watergate, it wouldn’t be the politicians asking the big questions. Picture a hard-driving lawyer experienced in grilling slippery witnesses, zeroing in on the inconsistencies of IRS and State Department officials, and White House staff.

It wouldn’t be long before we found out exactly why American personnel were left to die in Libya last Sept. 11, why Obama’s new national security adviser Susan Rice fed baloney to the public on five TV shows last year and why Hillary Clinton was asleep at the switch.

We’d soon find out why, for apparently the first time ever, America’s tax-collection agency, seemingly aided by the Federal Election Commission, suppressed the legitimate political activities of grassroots organizations opposed to the re-election of the president. And we’d discover who above them gave the orders to do so.

Americans were killed at Benghazi and our system of free government is threatened by IRS misbehavior. If life and liberty are not good enough reasons for establishing a select committee, what is?

This op-ed article appeared in the Investors Business Daily.