Busybody Politics Harms Us All 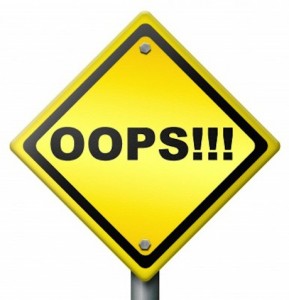 It is hard to read a newspaper, or watch a television newscast, without encountering someone who has come up with a new “solution” to society’s “problems.” Sometimes it seems as if there are more solutions than there are problems. On closer scrutiny, it turns out that many of today’s problems are a result of yesterday’s solutions.

San Francisco and New York are both plagued with large “homeless” populations today, largely as a result of previous housing “reforms” that made housing more expensive, and severely limited how much housing, and of what kind, could be built.

The solution? Spend more of the taxpayers’ money making homelessness a viable lifestyle for more people.

The result is that many very bright children are bored to the point of becoming behavior problems, when the school work is slowed to a pace within the range of students who are slower learners.

By federal law, even children with severe mental or emotional problems must be “mainstreamed” into classes for other students — often in disregard of how much this disrupts these classes and sacrifices the education of the other children.

Parents who complain about the effect of these “solutions” on their own children’s education are made to feel guilty for not being more “understanding” about the problems of handicapped students.

Nothing is easier for third party busybodies than being “understanding” and “compassionate” at someone else’s expense — especially if the busybodies have their own children in private schools, as so many public school educators do.

Whether in housing, education or innumerable other aspects of life, the key to busybody politics, and its endlessly imposed “solutions,” is that third parties pay no price for being wrong.

This not only presents opportunities for the busybodies to engage in moral preening, but also to flatter themselves that they know better what is good for other people than these other people know for themselves.

Right now, there are people inside and outside of government who are proposing new restrictions on how you may or may not visit the national parks that your taxes support. Among their proposals is doing away with trash cans in these parks, so that visitors have to take their trash out with them.

Just how they would enforce this, when millions of people are visiting places like Yosemite or Yellowstone, is something the busybodies need not bother to think through — much less pay a price, when trash simply accumulates in these parks after trash cans are removed.

ObamaCare is perhaps the ultimate in busybody politics. People who have never even run a drugstore, much less a hospital, blithely prescribe what must be done by the entire medical system, from doctors to hospitals to producers of pharmaceutical drugs to health insurance companies.

This includes federal laws requiring the turning over of patients’ confidential medical records to the federal government, where these records can be looked at by politicians, bureaucrats and whoever can hack into the government’s computers. Neither you nor your doctor has a right to keep this information confidential.

What could lead anyone to believe that they have either the right or the omniscience to dictate to hundreds of millions of other people? Our educational system may have something to do with that, with their constant promotion of “self-esteem,” and especially their emphasis on developing “leaders.”

Our schools and colleges are turning out people who cannot feel fulfilled unless they are telling other people what to do. The price of their self-indulgence is the sacrifice of our freedom. If we don’t defend ourselves against them, who will?

Thomas Sowell is an American economist, social theorist, political philosopher, and author. He is currently the Rose and Milton Friedman Senior Fellow on Public Policy at the Hoover Institution, Stanford University.  This article was published at Real Clear Politics.