Abby Johnson: I went to border to help people. Members of Congress were shocked when I asked them to help, too 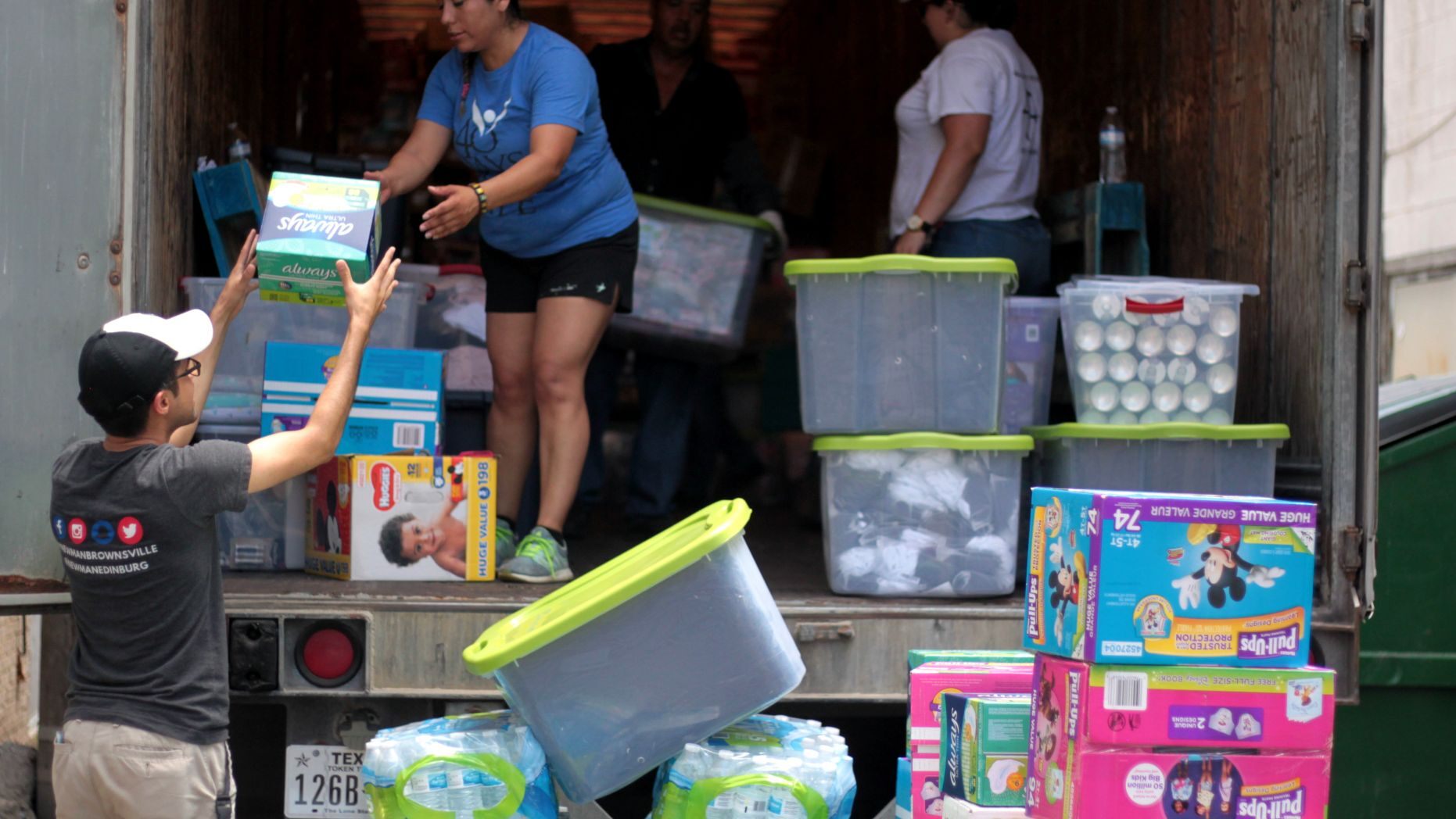 Like most people who follow the news, I’ve seen the difficult stories of families crossing the southern border into the U.S. and how they are treated, no matter if they crossed legally seeking asylum or illegally. My heart breaks seeing little children with no shoes and threadbare clothes clinging to their parents.

What could I do to help? Turns out, quite a lot. Here’s what I experienced on Saturday in Texas at a humanitarian respite center run by Catholic Charities. But first, a little background…

I’m an outspoken pro-life woman. A movie, “Unplanned,” was made about my conversion from Planned Parenthood clinic director to pro-life advocate. While being pro-life is certainly about helping women in crisis pregnancies and caring for their needs, it’s also about helping the most vulnerable, no matter where they are.

Volunteers unloading the truck of supplies at respite center in McAllen, Texas. (Courtesy of the author)

I have eight children, I run a non-profit ministry, and I travel around the world as a speaker — I’m a good multi-tasker. I can help people in my community, in my country and even in other parts of the world.

My friend, Destiny Herdon-De La Rosa, who runs New Wave Feminists, is also a pretty good multi-tasker and came up with the idea to help these immigrants we were seeing in the news. I jumped right in because that’s what a pro-life woman should do.

The Bottles2TheBorder campaign was born from pro-life women who wanted to do more to help others. And we weren’t alone. We created a registry of items needed at the respite center run by Catholic Charities in McAllen, Texas.

Warehouse of supplies in respite center in McAllen, Texas. (Courtesy of the author)

That registry sold out in a matter of days so we created another one, which we had to close because we had too many items to take down there and needed time to sort it all before bringing it to the border.

A man from a local church in Houston heard about our efforts and donated an 18-wheeler to haul the items to McAllen. Over $120,000 worth of items were donated, which was used to purchase water, pull-ups, powdered milk, and a host of other supplies to bring with us.

When we got to the respite center on Saturday there was a press conference with several Democratic members of Congress at the same location.

National media were covering their field trip, which reached its lowest point when aides to the Congressmen and women gave them cheap toys, which they, in turn, gave to the little kids at the respite center in front of all the cameras for the ideal photo op.

They were dressed in starched suits and pressed dresses, pants, high heels, and polished shoes.

I headed into the center in shorts and a T-shirt I had snagged from Groupon, minutes after pumping milk for my six-week-old baby, and walked up to the group after their photo-op because I had something to say.

Abby Johnson (in shorts and black top) speaking with Democratic members of Congress at the respite center in McAllen, Texas.  (Courtesy of the author)

I introduced myself and said we had an 18-wheeler arriving at the respite center in the next 20 minutes full of supplies for these poor people, who had nothing and needed help unloading it. I told them their cheap toys and photo op wasn’t helping these people.

Abby Johnson and others getting ready to unload supplies at the respite center in McAllen, Texas. (Courtesy of the author)

If they truly wanted to help, they could lend a hand in unloading the semi-truck in the 102-degree heat with all of us women who came from all over Texas to help.

They looked stunned that someone had the gall to ask them to actually do something, as in not just for the cameras. They told me they couldn’t help because they only had 10 more minutes, which they used to move to the other side of the room and continue their press conference — for another 30 minutes. They told me they “would help,” but they had another press opportunity to get to.

Volunteers line up to get supplies from the truck into the respite center warehouse in McAllen, Texas. (Courtesy of the author)

President Ronald Reagan once said that the most terrifying words in the English language are “I’m from the government and I’m here to help.” He should have added, “…to help and to have a photo op.” This trip to the border wasn’t about politics; it was about people. But seeing those Congressional representatives blatantly use those immigrants for their own political purposes was sickening, especially since there was a legitimate opportunity to do something to actually help them right at the center.

We didn’t give up though. Rep. Vincente Gonzalez, D-Texas, who donated $1,000 to the center, according to the monitor, walked by our 18-wheeler as we were just getting ready to start unloading and we asked him again to help.

Donated diapers for respite center in McAllen, Texas. (Courtesy of the author)

With a dismissive wave of his hand, he smugly said “I’ll send someone” and then walked to his air-conditioned car and left. No one from his office came to help. Are you surprised?

In the end, we had about two dozen women and a handful of awesome men unload the truck. We unloaded it in the smelly back alley next to half a dozen dumpsters to get everything into the back door of the center, up the dilapidated conveyor belt and into the warehouse.

Volunteers unloading supplies into respite center in McAllen, Texas. (Courtesy of the author)

As we walked through the respite center, we saw moms and dads cradling infants and trying to stem toddler tantrums.

We saw wide-eyed children who were perhaps seeing freedom for the first time.

We saw smiling volunteers handing out whatever the families needed.

We were sore and tired and thirsty and probably smelled horrible. But we did something the government couldn’t do — we used whatever resources we had to make something happen for the good of vulnerable human beings. And the offer still stands for elected officials to help us out next time.