Bad news: The moon landing, one of humanity’s greatest achievements, was apparently not inclusive enough 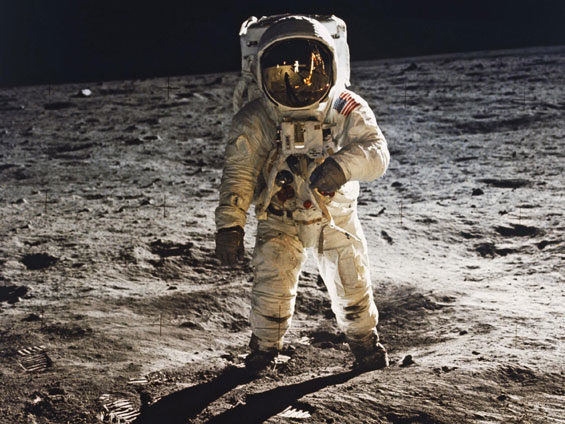 Sorry, guys. It looks like the Apollo 11 moon landing is canceled.

Sure, it is neat that humanity in 1969 left Earth to set foot on an astronomical body not its own, marking man’s greatest achievement to date, but did you know the Apollo 11 space program was also overwhelmingly white and male?

This is a real complaint being raised on the 50th anniversary of the moon landing by real people in real newsrooms.

The first of such arguments come from the Washington Post, which published a tweet on July 16, that read: “The culture that put men on the moon was intense, fun, family-unfriendly, and mostly white and male.”

The report itself, authored by style writer Karen Heller, reads, “As NASA worked relentlessly to fulfill John F. Kennedy’s goal of landing a man on the moon by decade’s end, it turned to the nation’s engineers. Many of them were fresh out of school, running the gamut from mechanical to electrical engineers, because that’s mostly what was taught in universities, and almost exclusively to white men.”

“In archival Apollo 11 photos and footage, it’s a ‘Where’s Waldo?’ exercise to spot a woman or person of color,” the report adds.

The article is a fairly interesting long-read about life for the men and women who worked at Cape Canaveral in the late 1960s. The problem is: The most fascinating details are buried almost immediately under the identify politics hyped in the story’s opening as well as in its accompanying tweet.

Then there is the New York Times, which on July 17 published an op-ed written by author Mary Robinette Kowal, headlined “To Make It to the Moon, Women Have to Escape Earth’s Gender Bias.”

“The Apollo program was designed by men, for men. But NASA can learn from its failures as it aims to send women to the moon and beyond,” the subhead reads.

“If we do not acknowledge the gender bias of the early space program, it becomes difficult to move past it,” the article reads, concluding with these lines, “As we look back at the Apollo mission … it is important to examine the gender biases of the early space program for lessons learned. If we want to land the first woman on the moon, let’s make sure she has tools designed with her in mind. Eliminating the legacy of gender bias is just one small step.”

None of this compares to what the New York Times published next.

“America may have put the first man on the moon, but the Soviet Union sent the first woman, the first Asian man, and the first black man into orbit — all years before the U.S. would follow suit,” read a July 18 tweet published by the New York Times (reminder: The United States won the space race).

The accompanying article, titled “How the Soviets Won the Space Race for Equality,” is every bit as ridiculous as it sounds, especially the kicker, which reads, “Cosmonaut diversity was key for the Soviet message to the rest of the globe: Under socialism, a person of even the humblest origins could make it all the way up.”

This is pro-Soviet Union agitprop.

The real question here is this: For whom are these article being written? It is worth noting that both the Washington Post and the New York Times have also published several articles celebrating the 50th anniversary of the moon landing. But what is the purpose of these “actually, the moon landing was bad” counterpoints?

What audience does this serve? Does such an audience even exist or are these articles merely a cynical manipulation of the hate-click economy?