Freedom Centers Constitutional and Political Freedom On The Road To An Agonizing Decline: The 20th Pag ...

On The Road To An Agonizing Decline: The 20th Pageantry of the Chinese Communist Party 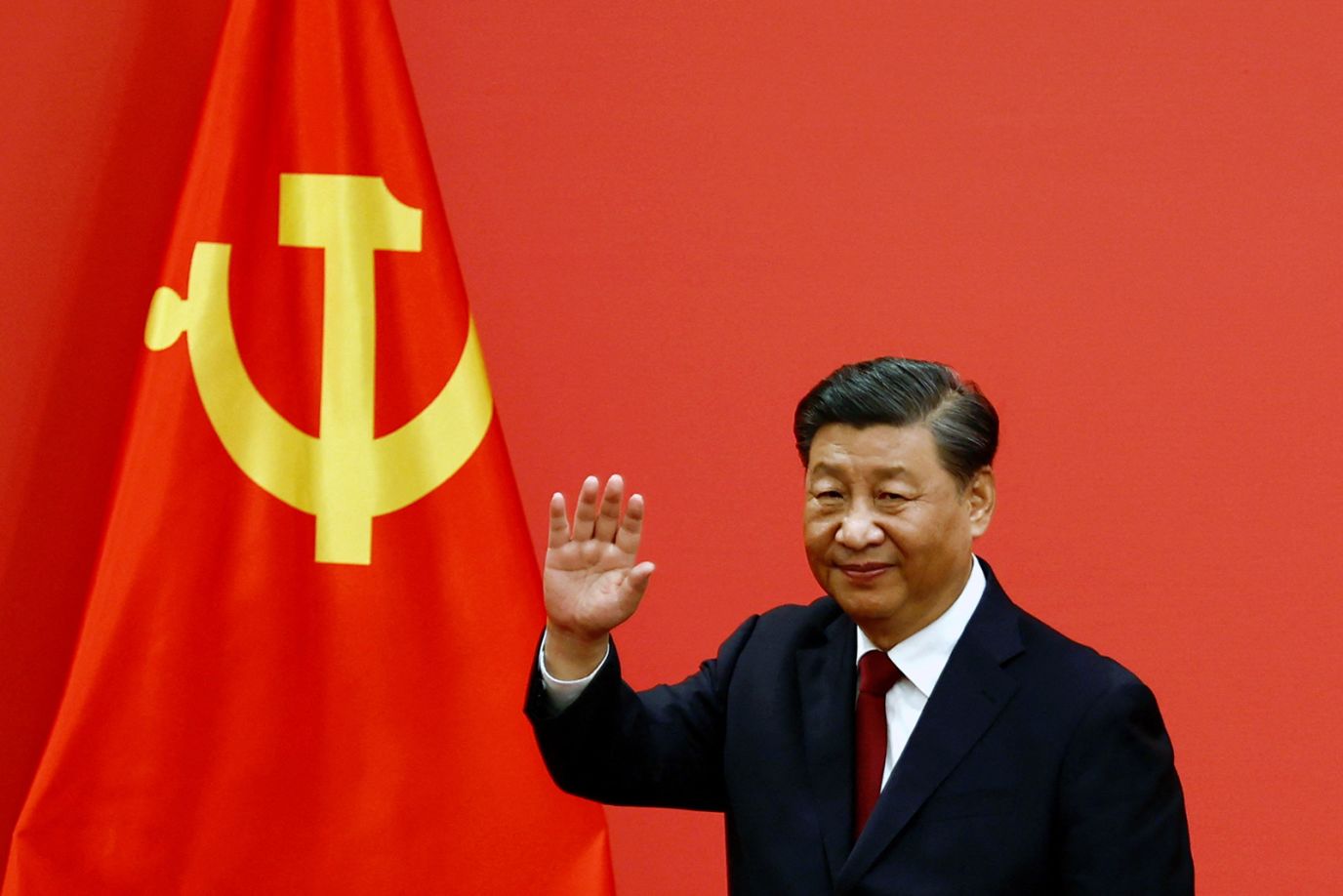 The conclusion of the just ended 20th Congress of the Chinese Communist Party is that on July 23, 1921 established organization has irreversibly outlived its usefulness.  The central proof of this statement is President Xi Jinping’s report that was abound with all the old banalities of previous speeches delivered in blatant disregard for existing realities.  Accordingly, heaping only praises on his questionable achievements, while concealing the abysmal condition of the Chinese economy, the rising discontent of the people with the tyrannical actions of the authorities, the manifest hopelessness of the future for the young and the middle-aged, President Xi indirectly acknowledged the deepening chasm between the Party and the state, as well as the yawning gap between the privileged Party bureaucracy and the people.  In view of all these challenges, his fundamental question should have been how to assure the stability and future growth of his antediluvian tyranny.  His answer that he gave in his report was to obey the Party with one’s heart and mind by practicing blind loyalty to him personally.  In arriving at such an exalted rank, one only needs to study his thoughts and Chinese history pursuant to his interpretation, in order to accept and adore everything in tyrannical China.

Thus, President Xi at the ripe age of 69, reached the state of Shakespeare’s aging King Lear who wanted nothing but to be loved by his three daughters.  Comparably, President Xi’ s chief concern is his colleagues and his subjects’ lack of sufficient appreciation.  Following a barrage of words, such as “security,” “military readiness,” “struggle,” “high winds,” “choppy waters,” “dangerous storms,” he never mentioned political reforms.  His solution for the mounting domestic and international challenges is “self-reform,” which entails firm ideological adherence and unconditional loyalty to himself.  Clearly, President Xi is full of himself.  For this reason alone, people across the globe cannot trust him.

For the United States of America, the European Union and the rest of the world it is time to sober up and be extremely pessimistic about the future of the People’s Republic of China, both internally as well as externally.  During his decade long tenure, President Xi’s economic policies oscillated between sheer incompetence, sticking to badly thought out half-baked ideas, and politically driven compromises.  While initially he encouraged reformers to tinker with free market ideas, following the emergence of COVID-19 epidemic, he panicked and rushed head on to push incoherent and antithetical economic designs.  The crackdown on nongovernmental conglomerates, successful technology firms, banks, real estate firms, etc., was exacerbated by politically motivated promotion of the meaningless slogan of “common prosperity,” the “vision of national greatness,” and the intensification of relentless anti-corruption campaigns.

Domestically, the dumbing down of the Chinese people reached a new peak.  President Xi’s untiring exhortations to fill the contents of books, movies, theater pieces with “positive energy” and “Chinese Socialist Characteristics,” made Chinese literature as well as the media a laughingstock of Asia.  A typical example of such intellectual garbage is the story of a north-eastern transfer student by the name of Wang Hu of the city of Shenyang.  Mixing with students from Hong-Kong, Macau, Taiwan and even Thailand, Wang Hu has to fight the deviant ideas of his fellow students until they become convinced that the right path to follow is President Xi’s thoughts about the inevitable superiority of the Han race.  In addition to resurrecting the ever present Chinese racism, the “North-Eastern Transfer Student” patriotic saga also declares that everything President Xi determines is indisputable “Chinese territory.”

President Xi’s fantasy of race-based isolationist pan-Chinese unity is present in his foreign policy approach.  His foreign policy speeches, including his report to the Party Congress, reveal a bumbling tactician of imperial power designs.  His repeated criticism of “American hegemony” and Western interference in his country’s illegal expansion in the Pacific and elsewhere, present a man who is not a strategist and a statesman.  Aspiring to legitimize his claim to Chinese world hegemony, he misuses the past to project China’s global future, while enveloping the uncertainties of the present into the foggy ideas of false realities, elaborate deceptions and outright lies.

In this context, the danger is real.  Internationally, President Xi displays the same character flaws that he demonstrates in his domestic dealings with his unfortunate Chinese subjects.  The 20th Chinese Communist Party Congress is by no means merely a Chinese affair.  The world in general must be made aware of the historical barbarism of Chinese culture.  Unquestionably, President Xi has declared war on his colleagues and the entire Chinese people.  Equally, he has stated his intention to challenge, if needed militarily, the status quo throughout the world.  For all these, he must be confronted decisively.  Therefore, viewing from this perspective, his triumphant report is more a downbeat oratory than a constructive political map for the People’s Republic of China.  The world will have to deal with this Chinese tyrant for the next five years whose ambitions have always exceeded his and his country’s real potential.