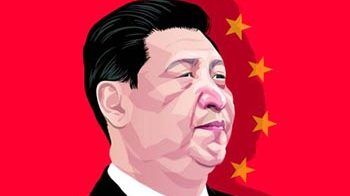 You can’t beat something with nothing. But America seems determined to try.

America’s attempt to integrate China into the global economy as a “responsible stakeholder” failed. China’s economy has become more statist, its political system more repressive, its foreign policy more bullying, its ambitions more outsized than they were 20 years ago. China did not challenge American leadership directly. It altered the character of international institutions from within.

The multilateral institutions that comprise the American-led liberal international order have been decaying for some time. Coronavirus has accelerated the deterioration. NATO, the United Nations, the European Union, the World Trade Organization, the World Health Organization—they are unresponsive, unaccountable, divided, demoralized, defunct. The world is a more dangerous place.

We are used to autocratic domination of the U.N. General Assembly and the secretariat’s various commissions. No one bats an eye when Russia or China vetoes a Security Council measure. Less publicized were the concessions made to China as part of the Paris Climate Accord. Or the fact that the World Trade Organization treats the world’s second-largest economy as a “developing” nation. But the way Dr. Tedros Adhanom Ghebreyesus, the director of the WHO, caviled and covered for Beijing as the coronavirus spread throughout the world is impossible to ignore. Drift, confusion, and chaos result.

There are three options. The first is to work within the system to revitalize the existing structures. The second is to build alternative institutions. The third option is to do nothing.

President Trump has tried a hybrid of options one and three. But with a twist. Where others might try a kind word or some quiet diplomacy to inspire reform and collaboration, he turns against the very institutions America created to force them to live up to their commitments. He browbeats NATO members into spending more on defense. He cheers for Brexit and supports the EU’s internal critics. He cripples the WTO’s arbitration mechanism and threatens to withdraw entirely. He suspends funding for the WHO.

It’s the “America First” foreign policy Trump promised. And the results have been mixed. NAFTA was replaced. NATO budgets are up (for now). Mexico agreed to have asylum-seekers wait on its side of the border while their claims are adjudicated. China signed a “Phase One” trade deal.

But there’s a cost. Allies may accede to your demands, but resentment builds. The foundations of the alliance weaken. Unpredictability inspires fear and caution. If sustained for too long, though, it conveys irresoluteness and fecklessness. Adversaries begin to probe. They buzz flights and collapse the oil price, resume shelling U.S. troops and harassing U.S. naval vessels, begin tailingcontainer ships in the South China Sea.

The democracies look inward. NATO is silent, the EU split, America distracted and distressed. China exploited this strategic vacuum. It launched a global disinformation campaign falsely assigning responsibility for the pandemic to the United States. Its agents pushed scurrilous and panic-inducing messages to U.S. cellphones saying that President Trump was about to impose a national lockdown policed by the National Guard. Its diplomatic “Wolf Warriors” enforce the party line whenever foreign governments challenge Beijing’s preferred narrative.

Chinese propaganda used to amplify achievements and repress criticism. Now it attacks directly overseas enemies of the state. The strategy, writes Laura Rosenberger in Foreign Affairs, “aims not so much to promote a particular idea as to sow doubt, dissension, and disarray—including among Americans—in order to undermine public confidence in information and prevent any common understanding of facts from taking hold.” It’s working.

China isn’t invincible. It is reaping the economic whirlwind of the coronavirus it hid from the world. None of its neighbors are thrilled about the growth of Chinese power. Its internal political situation may be unstable. But the speed with which it has used the pandemic for geopolitical advantage is extraordinary. Look at how it plays favorites with its distribution of pharmaceuticals and personal protective equipment, how it stepped into the breach with a new flow of cash for its friend Dr. Tedros. Confronting China’s rise requires “a common understanding of facts,” and partners with whom to share those facts in common. These days, America is lacking in both.

By all means, punish the World Health Organization for collaborating with China. But also be prepared to stand up another mechanism to do the good work its founders intended. Go ahead, demand allies live up to their commitments. But also recognize that partnerships of like-minded nations were critical to success in the First Cold War. This is the time to build new institutions that reflect the realities of a 21st century that pits liberal democracies against an authoritarian surveillance state. For every moment that passes without American leadership brings us closer to a world where the sun never sets on the five golden stars.